Smart assistants are sensitive to their wake words, but who among us doesn’t trigger the smart speakers in their house with alarming frequency? Add in some heavily detailed privacy mishaps and a general feeling of distrust and there’s plenty of reason you might want to silence your smart speaker occasionally.

A new device promises to do just that, placing a check on your Amazon Echo’s always-on microphones through ultrasonic jamming. The gadget, dubbed Alexagate, is the latest drop from hype-as-a-service startup MSCHF. Last month, the startup announced a partnership with YouTuber MrBeast and an app where users could win big bucks as long as they kept their finger on their phone. The contest ended with multiple winners as the competition stretched from hours into days. 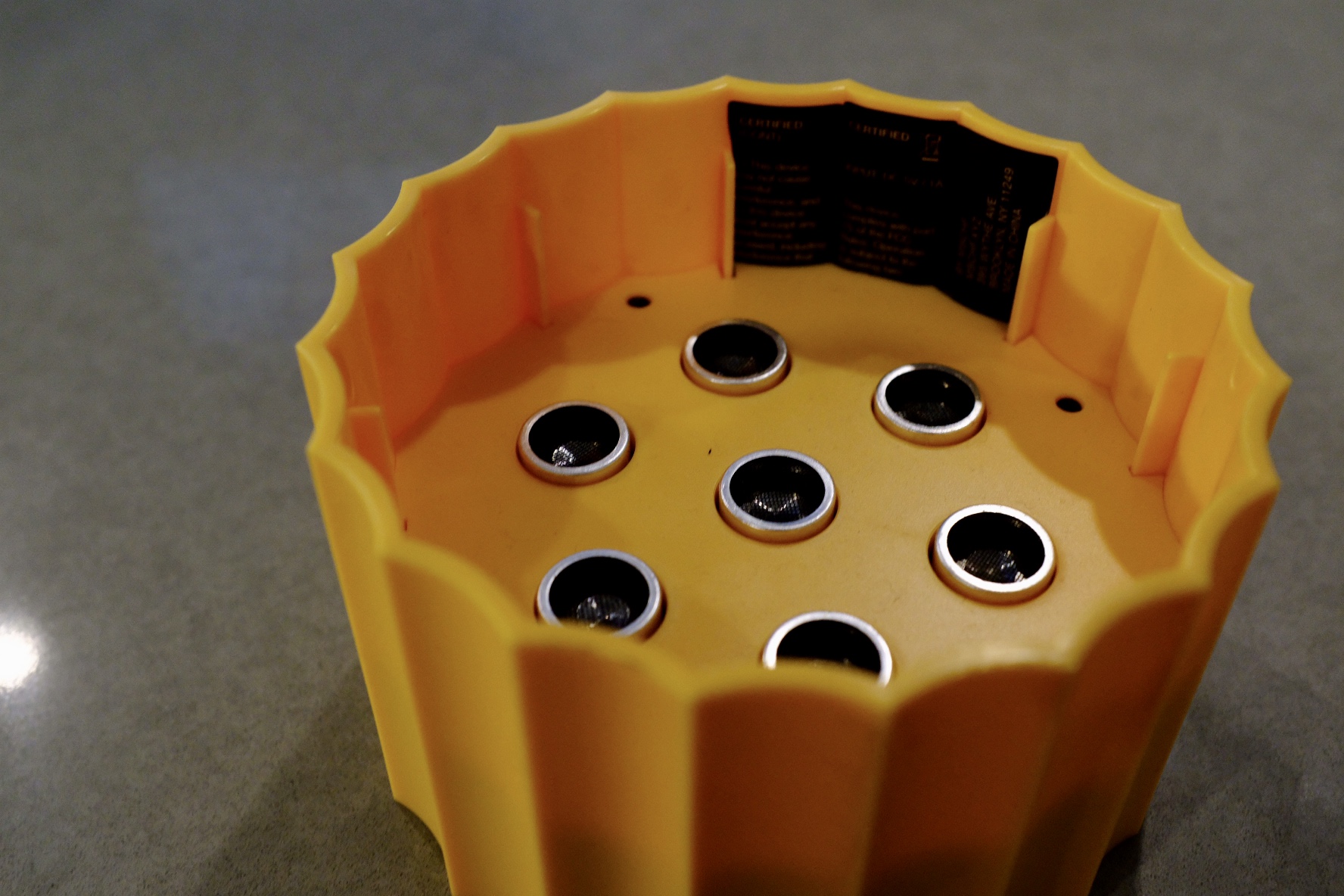 Alexagate is a product for the times, encapsulating a lot of public and private fears about big tech. The device, which took over a year of planning to come to life, is a novelty item, but it does work and it required real engineering to build. The device features seven individual ultrasonic speakers that are arranged to jam the speakers on Echo devices by overwhelming them with sound so they can’t hear anything else. A flippable plastic interface allows the Alexagate to fit seamlessly to most of the Echo devices out there.

In my own experiments, the device does exactly what it says, jamming Alexa when it’s turned on. If you do want to use your smart speaker, you can clap and deactivate the Alexagate, allowing “Hey Alexa” to get a response from the Amazon smart speaker.

It was designed specifically for Amazon Echo devices, though MSCHF creative director Kevin Wiesner says they chose Amazon largely because their speakers were the most common. Nevertheless, when you open the box, you’re hit with a product guide featuring the title “BYE BYE BEZOS,” indicating that the device is in some ways meant to stick it to the world’s richest man.

The product’s manifesto page sows seeds of doubt around whether big tech is listening into user conversations. “Perhaps you don’t subscribe to the notion that Facebook always listens through your phone’s mic, but ask yourself at least this in all honesty: Do you think the Echo ‘mute’ button really does anything?”

It’s a tantalizing line, but sits at odds with what security researchers have found about these hardware kill switches, which do indeed work by cutting power directly to the device’s microphones. The fact is that these ideas take off because people generally don’t trust a Facebook or Amazon to approach their privacy responsibly. This idea was central to the creation of the device, Wiesner says.

“So, the guideline that we set for ourselves internally when we’re coming up with physical products ideas is objects that have a point of view.” Wiesner told TechCrunch in an interview. “You’re gonna put this in your living room and, in some ways, it’s almost like a virtue signal to someone who comes into your house and sees it on your end table. It’s ostentatious privacy, in that sense because it is kind of like supposed to start a discussion of what it means to have a smart device and what you’re giving up for it for that.”

Smart speakers are far from essential devices, so the argument for users who might “need” something like this might boil down to calls for them to just unplug their Echo and live without the mild conveniences it provides. Though it’s a functional device, the Alexagate is more focused on the themes its creation stands behind. In a lot of ways, products from huge tech companies are becoming unavoidable and it’s not wrong for users to like some things about them and wish that they could avoid other elements of the products. 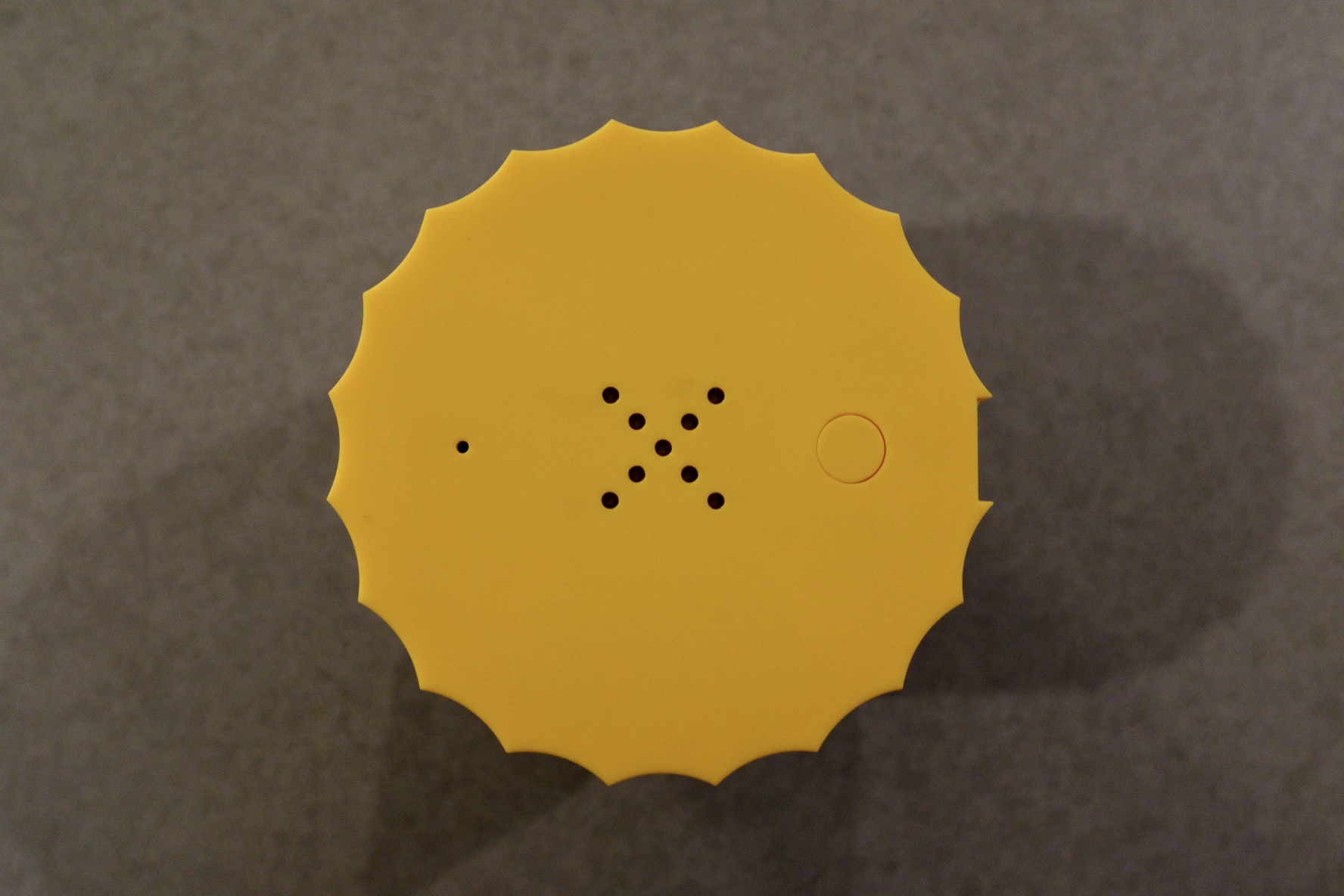 It’s an argument used by decentralization advocates who want the freedom to hack around with a company’s products that they use so that they can tailor them for exactly what they want. In Alexagate’s instance, users might want the convenience of a smart speaker but want the checks and balance of an external company verifying that it can’t hear a thing.

MSCHF’s Alexagate device is available now on their website for $99. It doesn’t appear to be available for purchase on Amazon quite yet.