A year after its initial release, Jumbo has two important pieces of news to announce. First, the company has released a major update of its app that protects your privacy on online services. Second, the company has raised an $8 million Series A funding round.

If you’re not familiar with Jumbo, the app wants to fix what’s broken with online privacy today. Complicated terms of services combined with customer-hostile default settings have made it really hard to understand what personal information is out there. Due to recent regulatory changes, it’s now possible to change privacy settings on many services.

While it is possible, it doesn’t mean it is easy. If you’ve tried to adjust your privacy settings on Facebook or LinkedIn, you know that it’s a convoluted process with a lot of sub-menus and non-descriptive text.

Similarly, social networks have been around for more than a decade. While you were comfortable sharing photos and public messages with a small group of friends 10 years ago, you don’t necessarily want to leave this content accessible to hundreds or even thousands of “friends” today.

The result is an iPhone and Android app that puts you in charge of your privacy. It’s essentially a dashboard that lets you control your privacy on the web. You first connect the app to various online services and you can then control those services from Jumbo. Jumbo doesn’t limit itself to what you can do with APIs, as it can mimic JavaScript calls on web pages that are unaccessible to the APIs.

For instance, if you connect your Facebook account, you can remove your profile from advertising lists, delete past searches, change the visibility of posts you’re tagged in and more. On Google, you can delete your history across multiple services — web searches, Chrome history, YouTube searches, Google Map activities, location history, etc.

More fundamentally, Jumbo challenges the fact that everything should remain online forever. Conversations you had six months ago might not be relevant today, so why can’t you delete those conversations?

Jumbo lets you delete and archive old tweets, Messenger conversations and old Facebook posts. The app can regularly scan your accounts and delete everything that is older than a certain threshold — it can be a month, a year or whatever you want.

While your friends will no longer be able to see that content, Jumbo archives everything in a tab called Vault.

With today’s update, everything has been refined. The main tab has been redesigned to inform you of what Jumbo has been doing over the past week. The company now uses background notifications to perform some tasks even if you’re not launching the app every day.

The data-breach monitoring has been improved. Jumbo now uses SpyCloud to tell you exactly what has been leaked in a data breach — your phone number, your email address, your password, your address, etc.

It’s also much easier to understand the settings you can change for each service thanks to simple toggles and recommendations that you can accept or ignore. 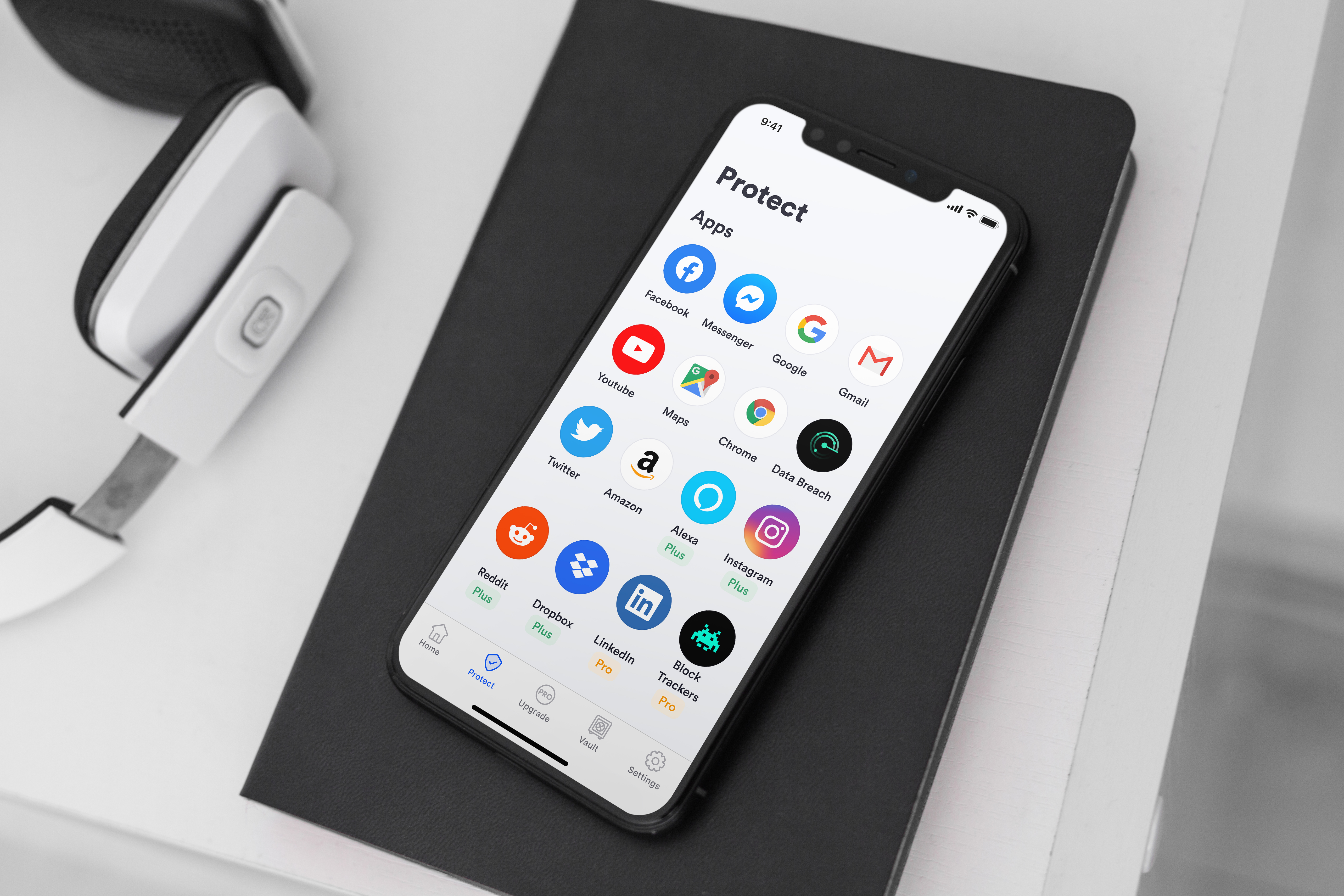 Jumbo’s basic features are free, but you’ll need to buy a subscription to access the most advanced features. Jumbo Plus lets you scan and archive your Instagram account, delete your Alexa voice recordings, manage your Reddit and Dropbox accounts and track more than one email address for data breaches.

Jumbo Pro lets you manage your LinkedIn account (and you know that LinkedIn’s privacy settings are a mess). You can also track more information as part of the data breach feature — your ID, your credit card number and your Social Security number. It also lets you activate a tracker blocker.

This new feature in the second version of Jumbo replaces default DNS settings on your phone. All DNS requests are routed through a Jumbo-managed networking profile on your phone. If you’re trying to access a tracker, the request is blocked; if you’re trying to access some legit content, the request goes through. It works in the browser and in native apps.

You might think that you’re giving a ton of personal information to a small startup. Jumbo is well aware of that and tries to reassure its user base with radical design choices, transparency and a clear business model.

Jumbo doesn’t want to mine your data. Your archived data isn’t stored on Jumbo’s servers. It remains on your phone and optionally on your iCloud or Dropbox account as a backup.

Jumbo doesn’t even have user accounts. When you first open the app, the app assigns you a unique ID in order to send you push notifications, but that’s about it. The company has also hired companies for security audits.

Jumbo has raised an $8 million funding round. It had previously raised a $3.5 million seed round. This time, Balderton Capital is leading the round. The firm had already invested in Valade’s previous startup, Sunrise.

A lot of business angels participated in the round as well, and Jumbo is listing them all on its website. This is all about being transparent again.

Interestingly, Jumbo isn’t betting on explosive growth and eyeballs. The company says it has enough funding until February 2022. By then, the startup hopes it can attract 100,000 subscribers to reach profitability.