Everyone needs a webcam these days, whether for business meetings or the distant socializing accomplished via video calling — but if you’re like most, you’re using the built-in camera on your laptop or some piece of junk from years ago. But if you happen to have a nice big-brand camera, it’s possible to set it up as a standalone webcam and produce imagery that will be the envy of your friends and colleagues, with nothing more than a bit of software.

Our guide to setting up a professional-looking home webcam solution with lighting, audio and all the other fixins is here, but getting your DSLR or mirrorless camera hooked up to your computer isn’t as simple as it ought to be.

Now, you could spend $100 or so to get a capture card or dongle that converts your camera’s signal to HDMI, and be done with it. But if you want to be up and running a few minutes from now, here are the software-only solutions for your camera and OS — if any.

Surprisingly, you can’t just take a camera released in the last couple years and plug it into your computer and expect it to work. You’ll need a special piece of software, a compatible camera body, and in some cases a wish and a prayer to get things rolling.

Here are the easiest ways to put each brand of camera to work. (Note: This article has been updated numerous times. When it was first written the best option for Macs was in almost all cases a multi-camera, third-party piece of software called Cascable, and that’s still compatible with a bunch of brands if you want to minimize fuss.)

Canon released this software just recently and it’s still in beta, so there may be a few hiccups — but it supports both Windows and Apple machines and a good variety of camera bodies. There’s even some extra documentation and tutorials for the app at its microsite.

If you’re having trouble, check out the third-party apps listed for other brands below and see if you have more luck.

Fujifilm’s solution is easy, but sadly the popular X100 series is not supported. But if you have one of the company’s more recent interchangeable-lens bodies and a Windows 10 machine, you’re golden. Just install and plug in your camera with a normal USB cable.

Compatibility for Macs and Windows machines includes the X-T2, X-T3, X-T4, X-Pro2, X-Pro3, X-H1, GFX100, GFX 50R and GFX 50S. Get that medium format setup going right and your eyes will be in focus but not your ears. Download the software here.

This guy really did Mac users a favor.

(Originally Fuji’s software wasn’t available on Mac, so we recommended Cascable, and it remains an option if you are having trouble with the free program.)

For Macs, Cascable is a useful bit of Mac software that acts as a bridge to your camera for a variety of purposes, and the author just added webcam capability. It has wide compatibility for both wired and wireless connections, and provides broader functionality than Fuji’s own software, but it isn’t free. But the current $30 price is probably less than you’d pay if you opted for a nice webcam instead. 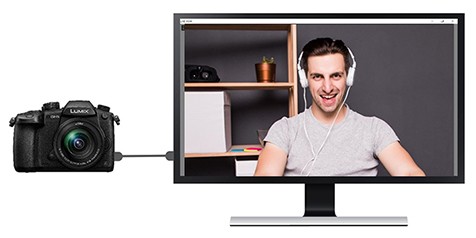 That’s it. That’s the image they provided.

Panasonic just made the webcam-capable version of their Lumix Tether Windows app available, and you can tell from the paucity of the documentation that it’s a pretty bare-bones solution. The price is right, though. It works with the GH5, G9, GH5S, S1, S1R and S1H. The company also posted a helpful start-to-finish tutorial on how to get going with streaming software like OBS here:

Cascable works well with a variety of Panasonic cameras, far more than the official app, even some superzooms that could be really fun to play with in this context.

There was nothing available at first except a few workarounds, but in August Sony finally released a Windows tool called “Imaging Edge Webcam” that turns pretty much all the most popular Sony camera lines into webcams. All the a7 variations are there, RX100s, and so on. And the ZV-1 now acts natively as a webcam as long as you have the newest firmware, making any other applications unnecessary.

Sony recently added Mac support, but Cascable is again an option, with support reaching back several generations to cameras like the NEX series and RX100 III. Ecamm Live also has limited Sony compatibility, but only supports the latest bodies. It’s $12 per month, but there’s a free trial if you want to give it a go first. 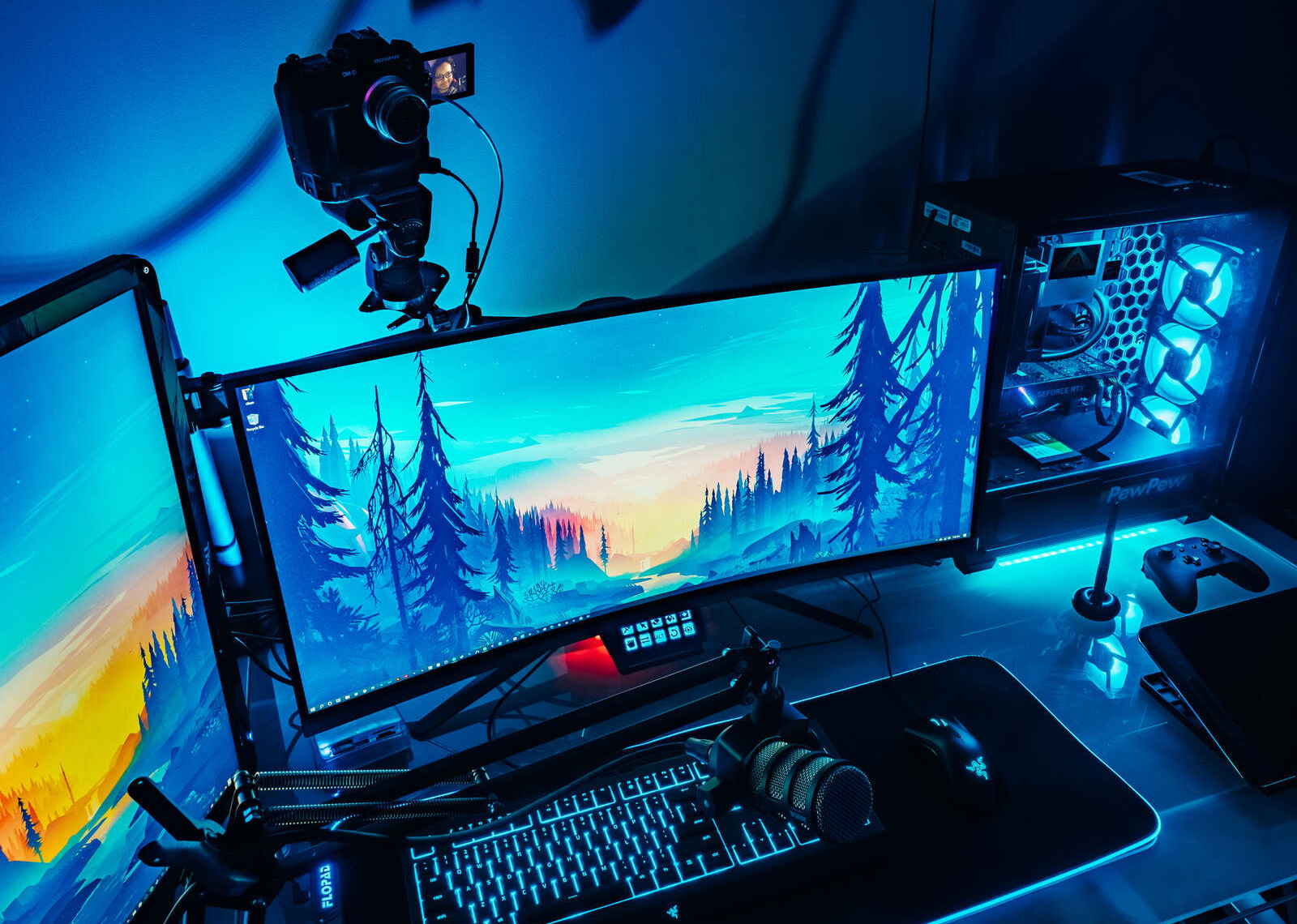 Olympus has just released a new OM-D Webcam utility for Windows that should let you get a few of the most popular models working natively as a webcam. It’s compatible with the E-M1X, E-M1 Mk I-III, and the E-M5 Mark II.

Update: the Webcam utility is now available for Macs as well.

On Mac, Cascable has wired support for many more Oly bodies, including Stylus cameras and the retro-style PEN F, which will probably resent being used for such a modern purpose. Ecamm Live has compatibility with the latest bodies — the E-M1 II, III and X, and the E-M5 original and Mk II. No go on the PEN series, unfortunately. 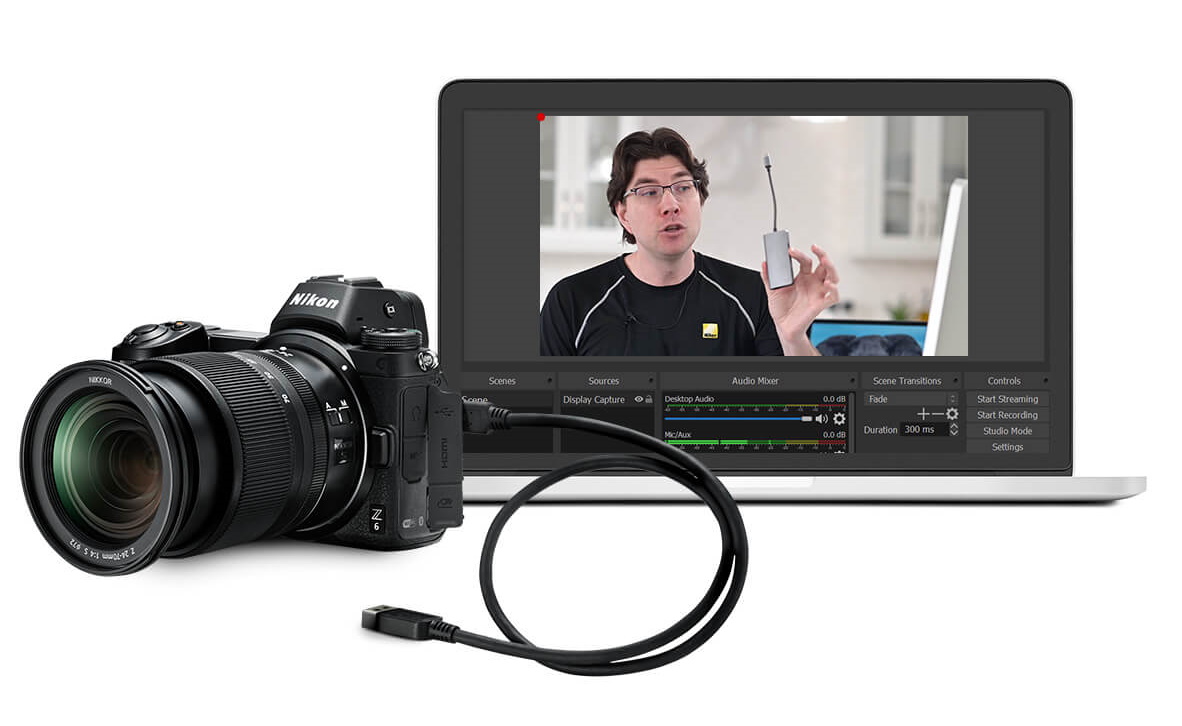 At first Nikon had nothing for anyone except how-to pages on running third-party software, but after a few months they managed to put together a webcam utility that works on both Macs and PCs.

These methods may be easy, but they’re not completely without issues.

One potential problem is heat. These cameras were designed primarily for capturing stills and short video clips. Running full time for extended periods can result in the camera getting too hot to function and shutting down. A camera shouldn’t damage itself seriously, but it’s something to be aware of. The best way to avoid this is using a dummy battery with a power adapter — these are pretty easy to find, and will mitigate overheating.

Audio also may not be as nice as the image. For people doing serious video work, an external mic is almost always used, and there’s no reason you shouldn’t do the same. Considering a solid mic can be had for under $50 and should provide a substantial upgrade to your device’s built-in one, there’s no reason not to take the plunge.

You may also want to check a few forums for the best settings to use for the camera, from making sure it doesn’t turn off after a few minutes to exposure choices. For instance, since you’re not doing stills, you don’t need to worry about sharpness, so you can shoot wide open. But then you’ll need to make sure autofocus is working quickly and accurately, or you’ll end up lost in the bokeh. Check around, try a few different setups, and go with what works best in your situation.

And when you’re ready to take the next step, consult our more thorough guide to setting the scene.