The coronavirus pandemic has sent record numbers of new users to video chat apps. Now, video messaging app Marco Polo aims to capitalize on the increases it’s also seeing to launch its new subscription business, Marco Polo Plus. The service delivers a handful of new features — including support for HD video, voice-only messaging options, custom emoji, expanded speed controls and more — for $5 per month with an annual subscription of $59.99.

On a monthly basis, the service costs $10 per month.

Marco Polo had already carved out its own space on the market before the coronavirus outbreak. Instead of focusing on live video calls or group video chats, Marco Polo focuses on asynchronous communication. That is, users leave a video message for friends and family, which the other party can watch at their convenience, then reply to.

This works particularly well for people who have different work schedules or those who are spread out among various timezones. It also works for adults who have less free time to chat than the teens who virtually “hang out” in group video chat apps, like Houseparty.

With the new Marco Polo Plus subscription, the company is offering an expanded feature set that will appeal to its most frequent users. However, it will remain an optional upgrade — free users will still be able to use Marco Polo as before. 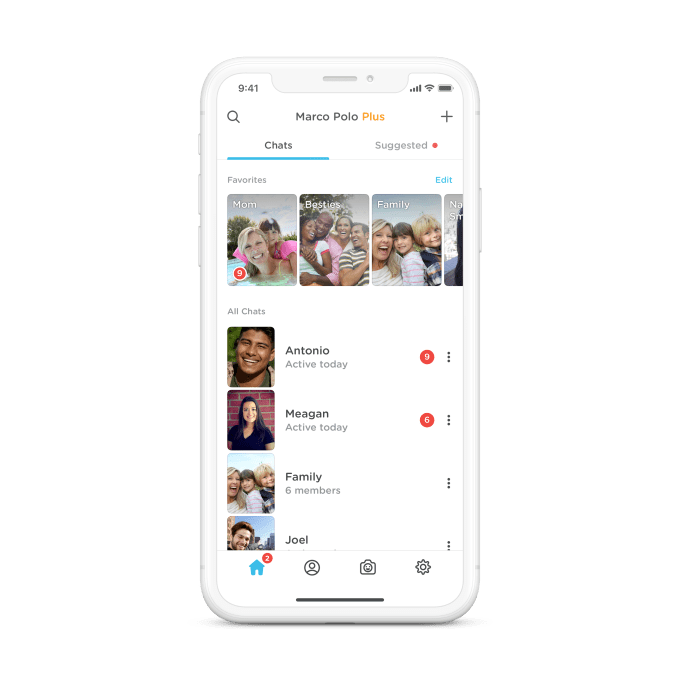 Subscribers, meanwhile, will be able to message their friends and family in HD or have the option to respond using only their voice, for those times you’re not camera-ready.

The subscription will also expand its set of built-in reaction emoji, which today includes a smiley face, sad face, heart, prayer hands, and thumbs up — to now include support for adding any emoji from your keyboard. 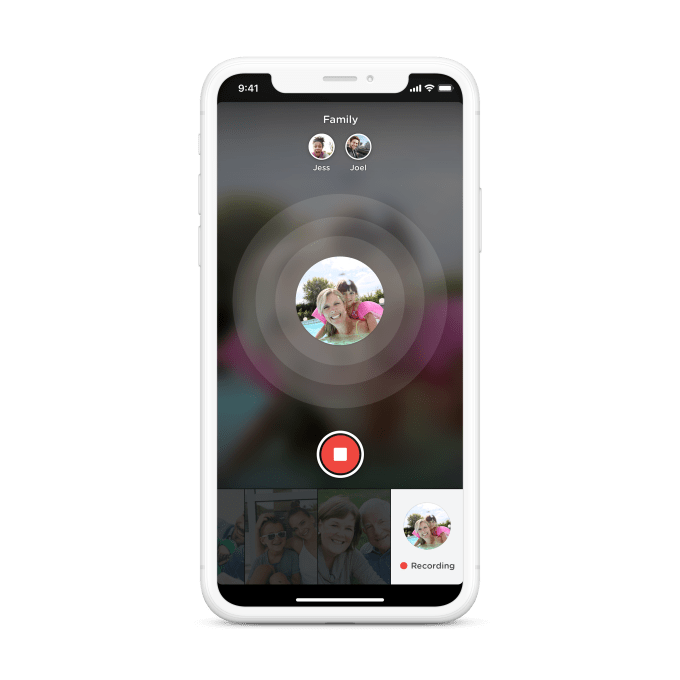 In addition, subscribers will have more granular control over playback speed. While free users can choose to 2x their video messages, paying users will be able to access speed control options of anywhere between 1.5x and 3x speed. 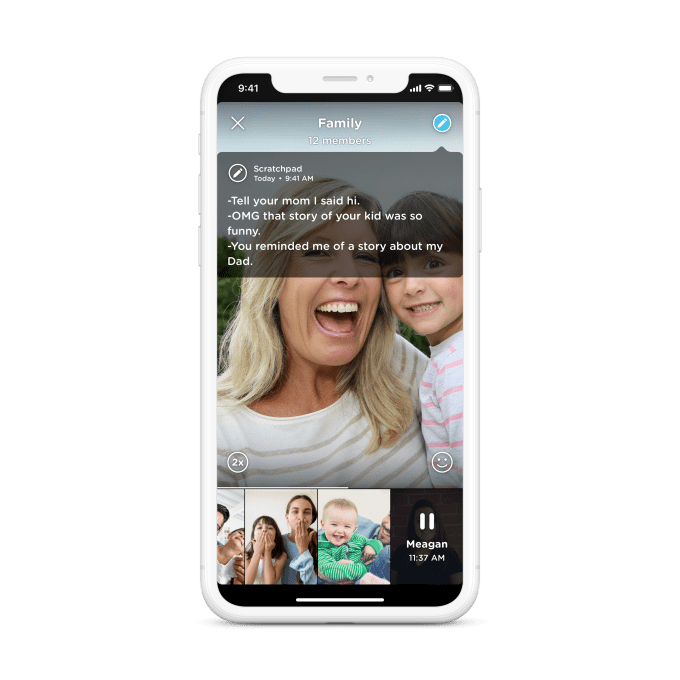 Subscribers will be able to share their $5 per month subscription in the form of “Plus Passes” you can dole out to friends and family, as well.

Like many apps in the space, Marco Polo has seen a sizable jump in usage due to the COVID-19 pandemic, it says.

In March 2020, Marco Polo saw a 16x increase in new sign-ups for its service and a 3x increase in activity versus the prior month. In one 24-hour period in April, Marco Polo even saw a record 20 million video messages shared in its app. And its social media campaign designed at reaching out to others, #PoloTogether, resulted in over one million check-ins. 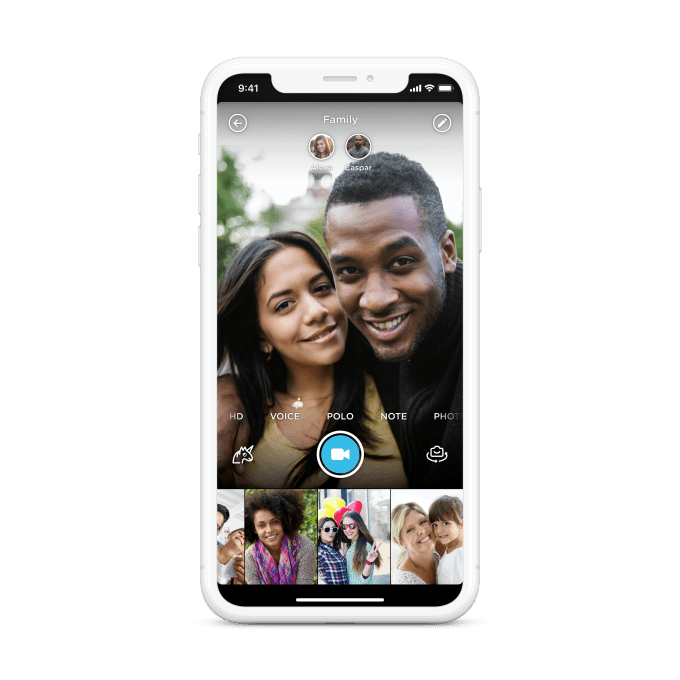 According to data from Sensor Tower, Marco Polo has seen nearly 56 million lifetime installs across iOS and Android since January 2014. Publicly, Marco Polo says it has “millions” of users and 3 billion messages sent to date. Across its 1.7 million user reviews on both app stores, the app averages a 4.8 rating.

The new subscription program is only one way Marco Polo is working to gain traction for its app in the coronavirus era.

The company also recently launched a program called Channels by Marco Polo into beta testing, which allows creators to reach fans through the Marco Polo platform but via a dedicated app.

The program is aimed at those with a following — like leaders, speakers, facilitators, creators, fitness instructors, and health and career coaches — who want to offer their content to a paid membership base.

While these creators could publish to social media platforms and then try to monetize in other ways, like through ads or brand deals, Marco Polo offers a way to facilitate more private one-to-many interactions.

The advantages of this program is that the content won’t be at the mercy of changing algorithms or interrupted with ads. However, as a paid membership program, it limits exposure. That means it would likely only supplement the efforts creators made across social media to raise awareness of their offerings and their personal brand, in order to gain new subscribers.

The program is not broadly available, but is being used by a handful of testers today.

The Channels program is also aimed at helping Marco Polo generate revenue, as the company takes a 10% cut of the monthly membership fees charged by the creators.

The new Marco Polo Plus subscription service replaces an older, less feature-rich service that never gained traction. Along with the new Channels program, the company hopes stay ad-free and turn a profit.

“From the time Marco Polo was founded, we’ve never shown ads in the app. We will never use social comparisons or manipulate algorithms, as so many social networking companies must do for their business model,” explains CEO and co-founder Vlada Bortnik. “We believe that Marco Polo Plus is the best version of our app to date, and subscription is an important part of our strategy to achieve profitability. Based on our early pilot of Channels by Marco Polo, we’re optimistic that it also has the potential to contribute significantly to our monetization goals,” she continued.

“I know we can become a sustainable business in a way that feels true to our brand values of authenticity and trust,” Bortnik added.

Marco Polo’s parent company Joya Communications has raised at least $25 million in funding from investors including Benchmark, Stanford’s StartX Fund, Matrix Partners, Battery Ventures, Altos Ventures, Evolve Ventures and others, according to Crunchbase. The company declined to comment its total raise or investor lineup, however.