There’s a whisper in the venture community we’re hearing that is growing increasingly louder, and it’s about this video walkie-talkie app called Marco Polo.

Investors are suddenly very interested in this app that — so we hear — might be growing in popularity among the youths. We’ve seen this story play out before, most recently with musical.ly. The app was also around for a while, and then out of nowhere exploded. That led to the company raising something around $100 million from firms like GGV and Greylock at a $500 million valuation.

Here’s the thing — it looks like the app’s been around for more than a year, and was largely off the grid for its lifetime. Then, boop:

And on Android, it’s even more crazy:

There may be some growth hacking gymnastics going on here, as one Reddit user pointed out that the app sent a bunch of text messages to all of their contacts. It also looks like there are some complaints on Twitter. And there are negative reviews in the App Store referring to spamming contacts (see below). But either way, Silicon Valley is buzzing about it.

As far as we can tell, Marco Polo seems to have a certain Snapchat vibe to it that’s somehow crossed with Tapstack (though on the App Store page, it says messages do not disappear). Users tap on a friend’s face to start a video conversation. That’s then sent over to the other friend, who can respond right away or open it at their leisure. And then people keep sending things back and forth, and so on, and so forth. And, naturally, there are filters.

And when we say this is off the grid, we really mean it. A cursory Google search reveals almost no coverage of this app (minus a mention in a CNET list of hot apps and a couple of vlogs on YouTube). There really isn’t anything that can easily be found throughout the app’s lifetime. And yet, this app has a 4.5-star rating on the App Store with almost 10,000 reviews and has constantly received updates. On Android, it also has a 4.5-star rating, but with more than 50,000 reviews. 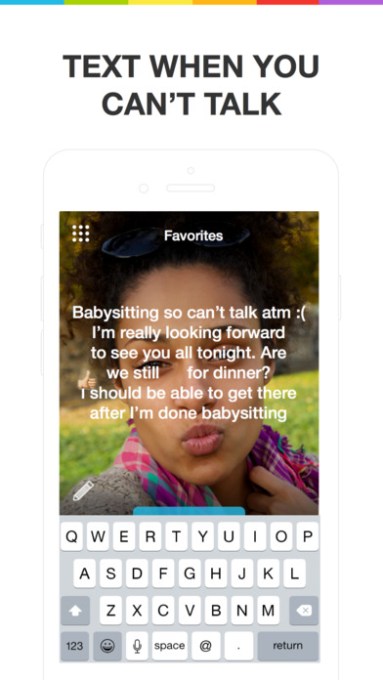 The app appears to be the flagship from a company called Joya Communications, which looks like it was founded in 2012. It looks like Joya raised $5 million last year from Battery Ventures and Altos Ventures.

You can start asking around in the investor community and, at SOME point, this app is going to come up in the conversation. It might be something along the lines of “oh yeah, I hear they’re doing well” or “where did this thing come from.” The reality is, we’re not quite sure either, but it’s here and it seems on the rise.

But also, throughout talking to people about this app, we heard another tidbit: early Uber investor and Benchmark partner Bill Gurley put money into it. So, clearly, there must be some potential or business model at play that could be big that we’re not seeing. (Of course, it’s possible that something changed and no deal was done from when we heard about it. Gurley has not yet responded to a request for comment, nor has Joya Communications through a request via their website.)

Anyway, we talk to a lot of people about these things, and we’re intrigued as to what’s going on here. If you, too, have heard this app pop up in conversations, shoot me a message at lynley@beta.techcrunch.com. (Please don’t use this as an opportunity to pitch your Marco Polo alternative.) Thanks all. 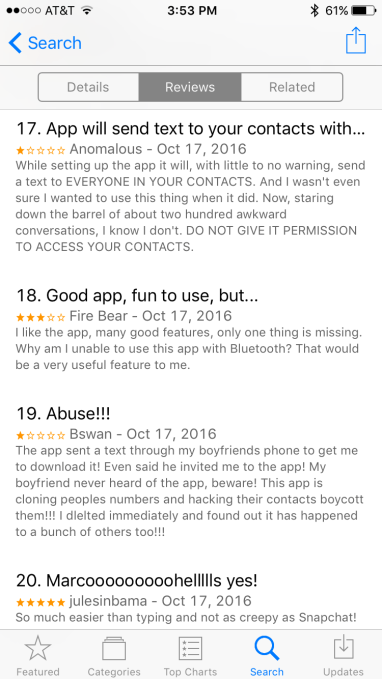