AppGyver, a startup that has been on the forefront of low-code development since it first launched in 2013, today launched the latest version of its visual development platform. This update, dubbed Composer Pro, has been three years in the making and promises to overcome many of the limitations of today’s low-code environments. It allows developers to build applications for the web, PC, Mac, iOS and Android, using React Web and React Native — and can be extended with plugins for those frameworks. And unless you are a large organization, Composer Pro is available for free — and that includes the ability to use the platform’s database service, CDN and publishing tools.

“We want the Composer Pro to be used to really remove the last limitations of no-code and making no-code as powerful as writing code. That’s what it comes down to and that’s when a whole new world opens,” Marko Lehtimaki, the company’s CEO and co-founder, told me. 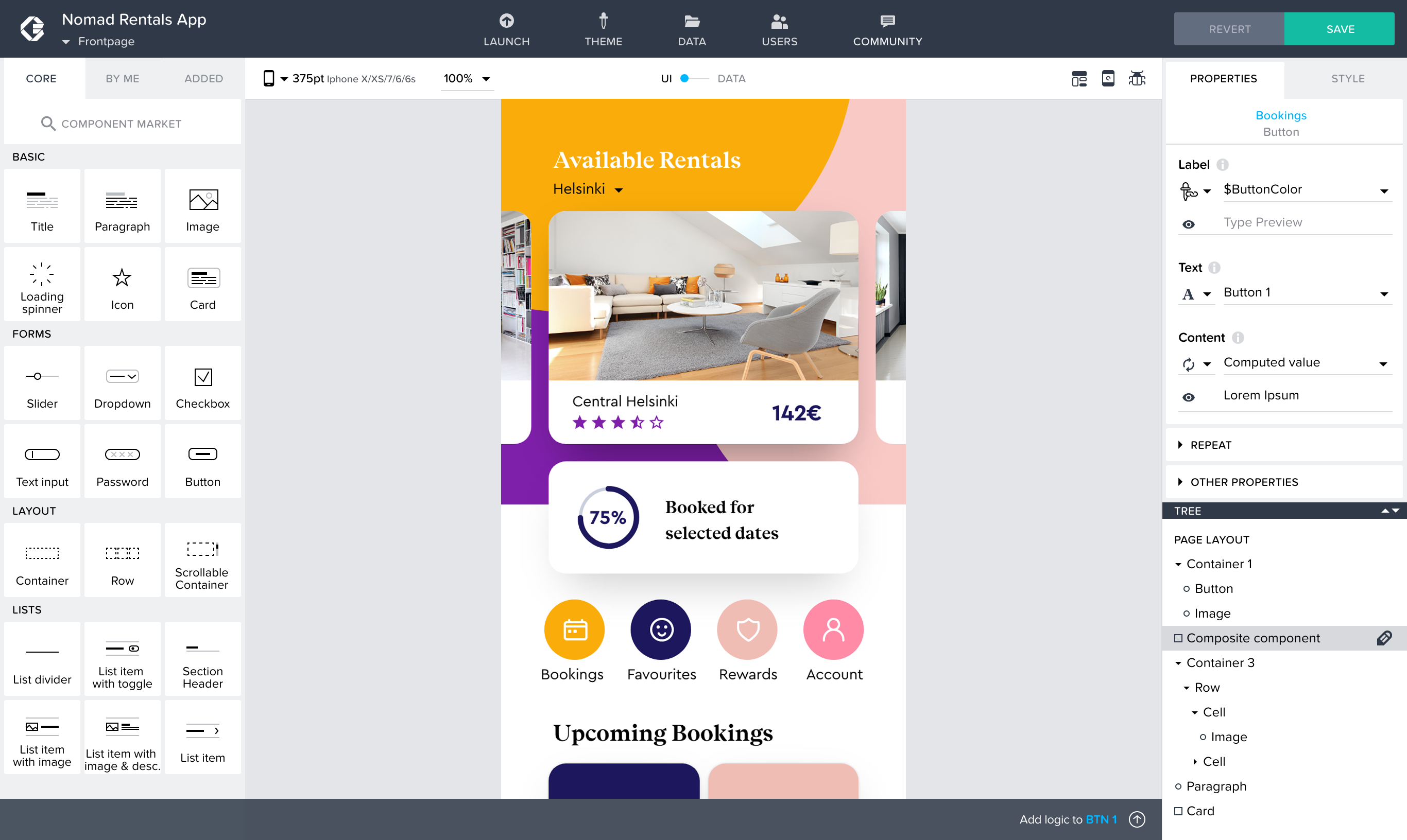 As Lehtimaki told me, the company already has plenty of enterprise customers and is cash-flow positive, so with all investors aligned, the team decided that it could give away its platform for free to individual developers, schools and startups. The company’s more than 100 enterprise users currently include the likes of DHL and Fingrid.

While the core of the service is obviously the visual editor, a lot of the platform’s power resides in its tools for visually creating logic functions and managing your database, for example. As expected, Composer Pro offers plenty of pre-built UI components and logic flow blocks for building your first application. The company is also creating a marketplace where developers can share (and potentially sell) their own components.

“After releasing Composer 2, we laid out a vision for what we wanted to do next and this was really at the core of it,” Lehtimaki said. “How do we bring the same level of expression of programming languages to visual development? Basically what we thought that this means is that in practice, everybody likes building blocks and to create these big, complex structures, but we wanted to make it possible to create those building blocks themselves without any line of code so that there would be no place where you would ever need to add code.”

While previous versions of the service made an early bet on HTML5, the team is now all-in on React and React Native. The company argues that it has spent a lot of time on optimizing the code it creates, beyond what most developers are able to do to optimize their own React Native projects. With that, the company can now take the same code base, with an adaptive design on top, and build apps for virtually any modern platform.

If you really need to, you can get your hands dirty and still write formulas and custom JavaScript by hand, for example, but for the most part, you shouldn’t have to touch any code to build even relatively complex apps with Composer Pro.

That, of course, is the promise of virtually all low-code services, including those from industry giants like Microsoft, which continues to invest heavily in its PowerApps platform, for example. AppGyver’s generous free account makes it worth a look, though, especially if you are an indie developer.