Although there are a ton of DIY app builders out there, the majority of them are either designed for those with a little bit of coding know-how, or involve drag-and-drop components that are used to create a basic app or mobile website. A new startup called AppGyver (rhymes with MacGyver!) is different. It’s a mobile app prototyper, not an app builder, and it’s aimed at those who need to rapidly iterate on designs during the app-development process.

AppGyver was started a couple of years ago by entrepreneurs Marko Lehtimaki (CEO) and co-founder Henri Vahakainu, but it didn’t go into private beta testing until just this December. Instead, it was being used more as an internal tool for their previous business, which involved building mobile applications for clients.

“To pitch our ideas to brands, it would always take time for us and our designers to put together some things so that people on the other side could understand what we were trying to pitch,” explains Lehtimaki. “We felt that there was a need for something that demonstrates the actual feeling of what using the app will be like,” he says.

To some extent, AppGyver will compete with those other DIY app builders, as well as with other prototyping services like justinmind, but Lehtimaki notes that AppGyver is meant to be easier and quicker to use. 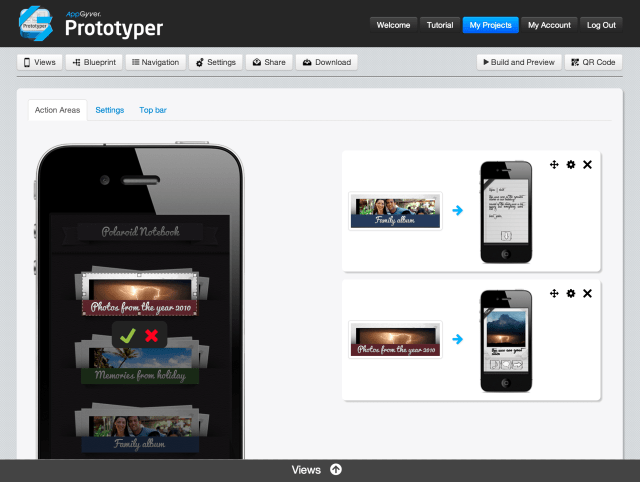 “It’s more for designers and product managers – those kinds of people,” he explains. “If you have your existing wireframes, mockups, or your Photoshop files, you can use AppGyver to immediately turn it into an interactive prototype. It literally takes minutes,” he tells me. The tool also allows for access to hardware-accelerated animations provided by the platform, as well as native navigation UI, which is another advantage over some competitors’ products.

During the eight-week private beta period, AppGyver had around 2,000 testers on its platform, including large and small agencies, as well as several startups.

“Startups love it, because they iterate so fast,” Lehtimaki says. “They want to meet with investors and the media, and demonstrate what they’ve come up with.”

Around 5 percent of the early testers have now converted to paid users, he adds, although the product still has a free version available. Pricing starts at $9 per month in premium tiers, or for $39 per month, there are additional options, like being able to chain actions or download projects as .zip files. 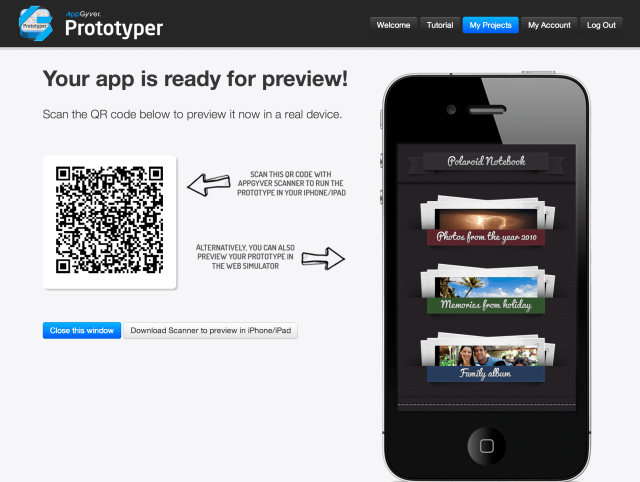 Based in San Francisco, and now a team of seven, AppGyver has around $600,000 in funding from private angel investors, friends, family and founder money. The company is currently raising a seed round, as it has plans to grow the company beyond just app prototyping.

“Prototyping is the first phase of the app development process – there are many other stages after that,” explains Lehtimaki. “Our vision is that we will provide tools for the whole lifecycle of app development.”