Last year Lynk — then called Ubiquitilink — showed that, from now on, every phone can be a satellite phone. But they’ve spent the last year honing the product and have just demonstrated the real thing: Sending a plain old text message from a “cell tower in space” to a normal phone on the surface.

Of course there are “real” satellite phones, but these expensive, complex devices establish a dedicated link using frequencies not used by normal mobiles — and of course, they’re quite expensive and bulky. The whole idea of Lynk is to provide similarly globe-spanning connectivity without anyone having to buy a dish, an accessory, or even a new phone.

Ubiquitilink advance means every phone is now a satellite phone

It works, as founder and CEO Charles Miller explained to me last year, very much the way normal cell signals work. It turns out that when your radio beam goes straight up instead of passing through buildings and the landscape, it can easily reach low Earth orbit. The problem comes with the physics involved in synchronizing the signals — doppler shift and other factors.

That’s the problem Lynk set out to solve, and has lofted three satellites to test. A fourth is on the way, but the third was perfectly capable of their first public demonstration of what could eventually be a universally accessible data service.

“This is the first time we actually sent a message from space to a standard, unmodified phone,” Miller said. “We did it in the most visible way that people can understand, an emergency alert.”

You can watch the video of the text being received below. Bear in mind these guys are sitting out in the Falklands, a location where cell coverage is essentially nil but which happens to be an ideal location for receiving a satellite signal. They get pretty excited.

What’s happening is the satellite is passing overhead, establishing a 2G cell signal with the phone, and transmitting the text message with the correct encoding to create an alert. With a relatively small network of such satellites, one could alert the entire world in just a few minutes, if one had something important enough to say.

Importantly, however, the connection is two-way. It’s not demonstrated above, but your phone would be able to send a text via the same signal, when no other signal is available. That would be great for disasters, remote areas, and other outlier situations.

“There’s some interesting kinks to making it work,” Miller said. “We already knew we could do it — physics and engineering don’t lie if you know what you’re doing. We’ve had it working in the lab for a while, but getting it to work in reality, flying real hardware that connects to real hardware on Earth, is harder. People are skeptical, so we just had to prove it.” 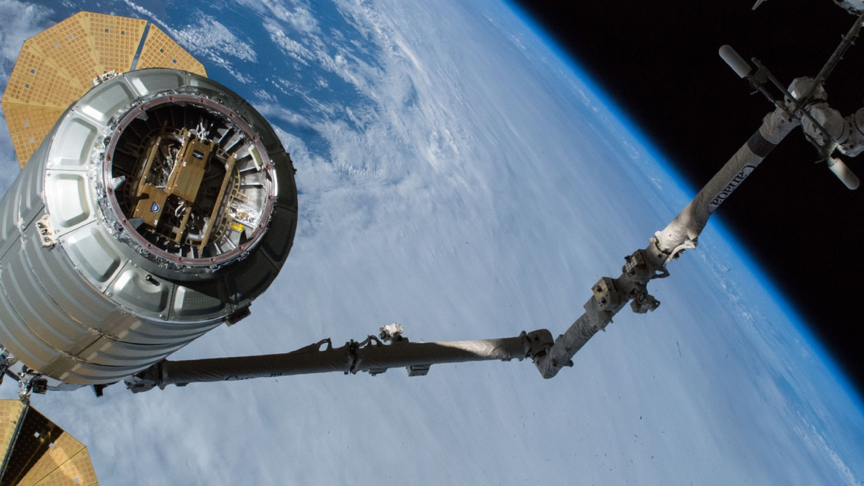 Lynk’s device aboard the ISS.

The fourth satellite, with which Lynk plans to demonstrate more capabilities to its telecom partners (which Miller was very careful not to mention by name), is already up on the ISS and will be put into its own orbit soon. Further launches are planned for the fall.

The plan, though subject to the usual space-based business contingencies, is to announce partners around the world this year and perhaps even begin limited service. There’s a ton of paperwork, as you might imagine, because Lynk essentially has to get regulatory approval in every country that it plans to offer service in — which is to say, pretty much all of them.

Commercial partnerships will be present, of course, but Miller was quick with assurances that this would not hamper the system’s use for emergencies. 911 texts, alerts, and other applications are cut out of the exclusivity contracts.

Miller is highly optimistic about the market potential here. 5G, he pointed out, is costing billions but consumers couldn’t care less. “Really it’s just incremental, slightly faster speeds for people who already have connectivity, going from 4G to 5G. People say they want it, but they aren’t willing to pay for it. Telecoms are starting to realize that,” he said. “Going from zero G to 4G, that’s not incremental. For a person with no connectivity, some connectivity can be life changing.”