Last month I wrote about Ubiquitilink, which promised, through undisclosed means, it was on the verge of providing a sort of global satellite-based roaming service. But how, I asked? (Wait, they told me.) Turns out our phones are capable of a lot more than we think: they can reach satellites acting as cell towers in orbit just fine, and the company just proved it.

Utilizing a constellation of satellites in low Earth orbit, Ubiquitilink claimed during a briefing at Mobile World Congress in Barcelona that pretty much any phone from the last decade should be able to text and do other low-bandwidth tasks from anywhere, even in the middle of the ocean or deep in the Himalayas. Literally (though eventually) anywhere and any time.

Surely not, I hear you saying. My phone, that can barely get a signal on some blocks of my neighborhood, or in that one corner of the living room, can’t possibly send and receive data from space… can it?

“That’s the great thing — everybody’s instinct indicates that’s the case,” said Ubiquitilink founder Charles Miller. “But if you look at the fundamentals of the RF [radio frequency] link, it’s easier than you think.”

The issue, he explained, isn’t really that the phone lacks power. The limits of reception and wireless networks are defined much more by architecture and geology than plain physics. When an RF transmitter, even a small one, has a clear shot straight up, it can travel very far indeed.

It’s not quite as easy as that, however; there are changes that need to be made, just not anything complex or expensive like special satellite antennas or base stations. If you know that modifying the phone is a non-starter, you have to work with the hardware you’ve got. But everything else can be shaped accordingly, Miller said — three things in particular.

Having adjusted for these things, an ordinary phone can contact and trade information with a satellite with its standard wireless chip and power budget. But there’s one more obstacle, one Ubiquitilink spent a great deal of time figuring out.

Although a phone and satellite can reach one another reliably, a delay and Doppler shift in the signal due to the speeds and distances involved are inescapable. Turns out the software that runs towers and wireless chips isn’t suited for this; the timings built into the code assume the distance will be less than 30 km, since the curvature of the Earth generally prevents transmitting farther than that.

So Ubiquitilink modified the standard wireless stacks to account for this, something Miller said no one else had done.

“After my guys came back and told me they’d done this, I said, ‘well let’s go validate it,’ ” he told me. “We went to NASA and JPL and asked what they thought. Everybody’s gut reaction was ‘well, this won’t work,’ but then afterwards they just said ‘well, it works.’ ” 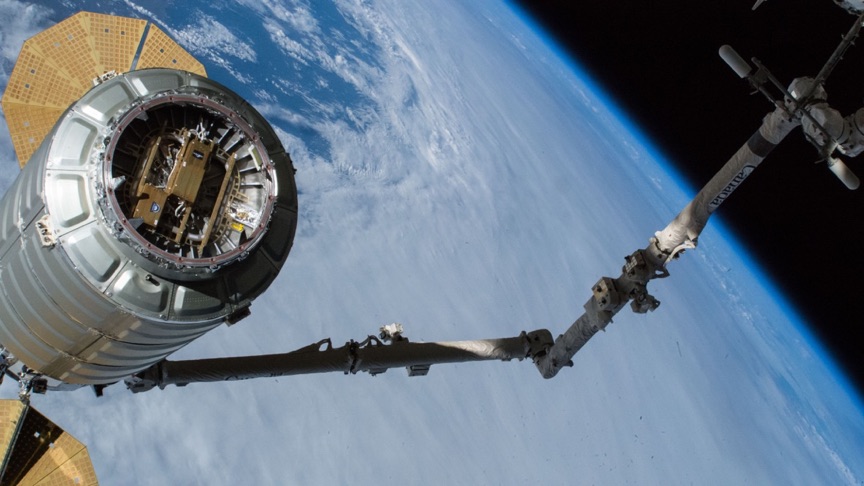 The theory became a reality earlier this year after Ubiquitilink launched their prototype satellites. They successfully made a two-way 2G connection between an ordinary ground device and the satellite, proving that the signal not only gets there and back, but that its Doppler and delay distortions can be rectified on the fly.

“Our first tests demonstrated that we offset the Doppler shift and time delay. Everything else is leveraging commercial software,” Miller said, though he quickly added: “To be clear, there’s plenty more work to be done, but it isn’t anything that’s new technology. It’s good solid hardcore engineering, building nanosats and that sort of thing.”

Since his previous company was Nanoracks and he’s been in the business for decades, he’s qualified to be confident on this part. It’ll be a lot of work and a lot of money, but they should be launching their first real satellites this summer. (And it’s all patented, he noted.)

The way the business will work is remarkably simple given the complexity of the product. Because the satellites operate on modified but mostly ordinary off-the-shelf software and connect to phones with no modifications necessary, Ubiquitilink will essentially work as a worldwide roaming operator that mobile networks will pay to access. (Disclosure: Verizon, obviously a mobile network, owns TechCrunch, and for all I know will use this tech eventually. It’s not involved with any editorial decisions.)

Normally, if you’re a subscriber of network X, and you’re visiting a country where X has no coverage, X will have an agreement with network Y, which connects you for a fee. There are hundreds of these deals in play at any given time, and Ubiquitilink would just be one more — except its coverage will eventually be global. Maybe you can’t reach X or Y; you’ll always be able to reach U. 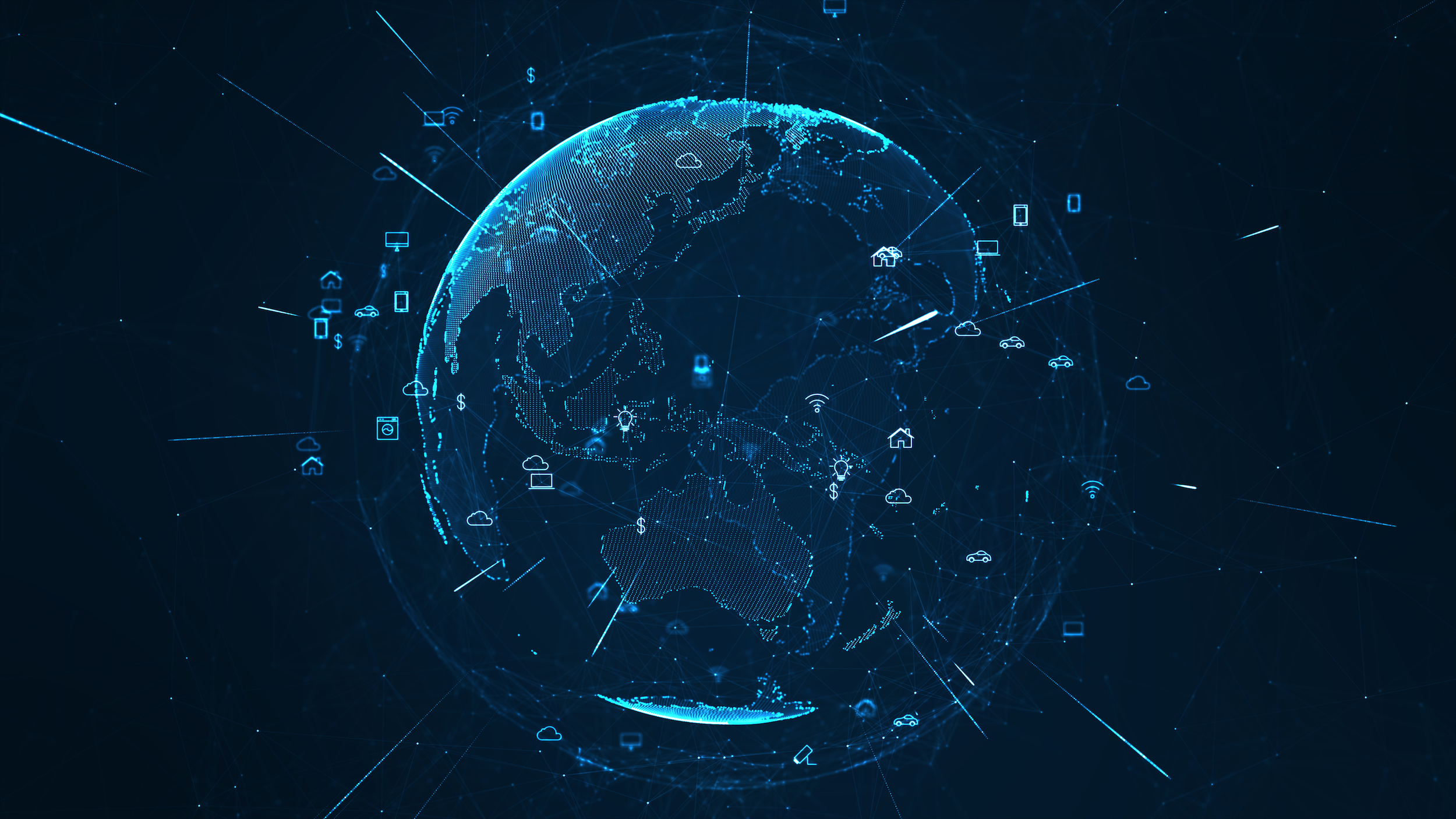 The speeds and services available will depend on what mobile networks want. Not everyone wants or needs the same thing, of course, and a 3G fallback might be practical where an LTE connection is less so. But the common denominator will be data enough to send and receive text at the least.

It’s worth noting also that this connection will be in some crucial ways indistinguishable from other connections: it won’t affect encryption, for instance.

This will of course necessitate at least a thousand satellites, by Miller’s count. But in the meantime, limited service will also be available in the form of timed passes — you’ll have no signal for 55 minutes, then signal for five, during which you can send and receive what may be a critical text or location. This is envisioned as a specialty service at first, then as more satellites join the constellation, that window expands until it’s 24/7 and across the whole face of the planet, and it becomes a normal consumer good.

While your network provider will probably charge you the usual arm and leg for global roaming on demand (it’s their prerogative), there are some services Ubiquitilink will provide for free; the value of a global communication system is not lost on Miller.

“Nobody should ever die because the phone in their pocket doesn’t have signal,” he said. “If you break down in the middle of Death Valley you should be able to text 911. Our vision is this is a universal service for emergency responders and global E-911 texting. We’re not going to charge for that.”

An emergency broadcast system when networks are down is also being planned — power outages following disasters are times when people are likely to panic or be struck by a follow-up disaster like a tsunami or flooding, and reliable communications at those times could save thousands and vastly improve recovery efforts.

“We don’t want to make money off saving people’s lives, that’s just a benefit of implementing this system, and the way it should be,” Miller said.

It’s a whole lot of promises, but the team and the tech seem capable of backing them up. Initial testing is complete and birds are in the air — now it’s a matter of launching the next thousand or so.