Blade, the French startup behind Shadow, announced plans to overhaul its subscription tiers back in October. The company is now bringing the new plans to the U.S. with a new entry tier at $11.99 per month as well as more powerful options in the coming months.

Shadow is a cloud computing service for gamers. For a monthly subscription fee, you can access a gaming PC in a data center near you. Compared to other cloud gaming services, Shadow provides a full Windows 10 instance. You can install anything you want — Steam, Photoshop or Word.

Shadow Ultra and Shadow Infinite will roll out gradually starting this summer — only a limited number of users will be able to subscribe at first.

It’s worth noting that you’ll be able to add an option to get more storage with any plan. Storage plans include 256GB of SSD performance — anything above that will perform like a more traditional HDD.

The company now has four data centers in the U.S., which means that anybody in the U.S. can now access the service — not just people living on the West Coast or the East Coast. 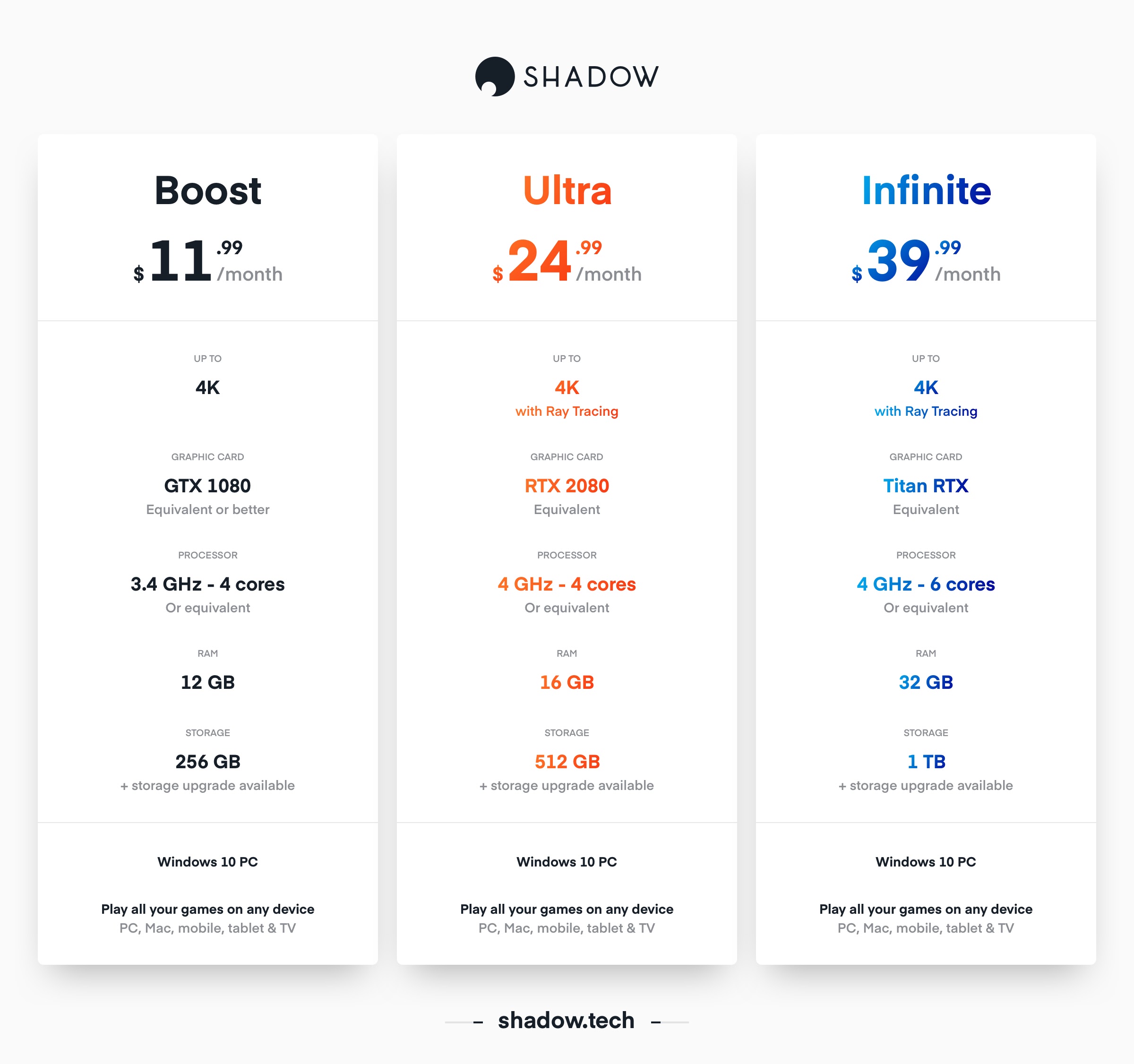 In Europe, Shadow has had issues rolling out the new plans. While the company originally promised to deliver the new options in February, users who pre-ordered the new plans will only be able to access their new instance by the end of the summer.

Shadow offers apps for Windows, macOS, Linux, Android and Apple devices. Apple recently pulled Shadow’s apps from the App Store on iOS, iPadOS and tvOS. The company is still trying to find a solution with Apple to re-release the apps in the App Store.

In other news, the startup has signed a strategic partnership with LG Electronics. Details are thin, but LG is now a shareholder of the company. LG will also offer Shadow with some of its products.