Oribi, an Israeli startup promising to democratize web analytics, is now launching in the United States.

While we’ve written about a wide range of new or new-ish analytics companies, founder and CEO Iris Shoor said that most of them aren’t built for Oribi’s customers.

“A lot of companies are more focused on the high end,” Shoor told me. “Usually these solutions are very much based on a lot of technical resources and integrations — these are the Mixpanels and Heap Analytics and Adobe Marketing Clouds.”

She said that Oribi, on the other hand, is designed for small and medium businesses that don’t have large technical teams: “They have digital marketing strategies that are worth a few hundred thousand dollars a month, they have very large activity, but they don’t have a team for it. And I would say that all of them are using Google Analytics.”

Shoor described Oribi as designed specifically “to compete with Google Analytics” by allowing everyone on the team to get the data they need without requiring developers to write new code for every event they want to track. 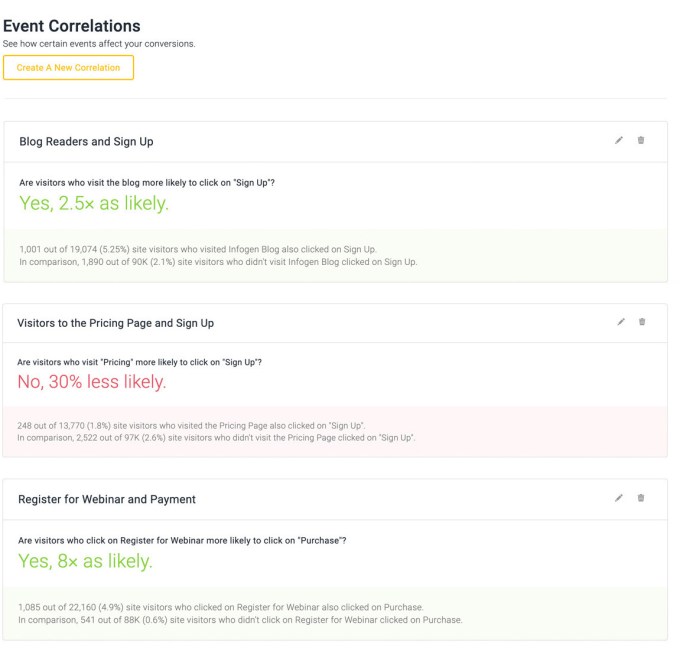 In fact, if you use Oribi’s plugins for platforms like WordPress and Shopify, there’s no coding at all involved in the process. Apparently, that’s because Oribi is already tracking every major event in the customer journey. It also allows the team to define the conversion goals that they want to focus on — again, with no coding required.

Shoor contrasted Oribi with analytics platforms that simply provide “more and more data” but don’t help customers understand what to do with that data.

“We’ve created something that is much more clean,” she said. “We give them insights of what’s working; in the background, we create all these different queries and correlations about which part of the funnels are broken and where they can optimize.”

There are big businesses using Oribi already — including Audi, Sony and Crowne Plaza — but the company is now turning its attention to U.S. customers. Shoor said Oribi isn’t opening an office in the United States right away, but there are plans to do so in the next year.

When and how to build out your data science team