It’s not every day that the CEO of a large Silicon Valley tech company decides to relocate to a different part of the world in order to learn more about it — particularly when it has been frequently maligned and often overlooked by big business.

But Jack Dorsey, the American tech entrepreneur who co-founded and leads not one, but two publicly listed companies (Twitter and Square) is not your typical CEO. Dressed down, bearded, often wearing a wooly hat and speaking in a slow, quiet voice, you might even call Dorsey the anti-CEO. He eschews many of the stereotypical trappings of the executive life and mannerisms in favor of taking silent retreats and traveling to countries like Burma.

In November 2019, Dorsey’s itchy feet took him to Africa, where he visited Nigeria, Ghana, South Africa and Ethiopia on a listening tour. He had meetings at incubators in Lagos and Addis Ababa, and talked to a number of African tech leaders, including Tayo Oviosu, the CEO of Nigerian payments startup Paga, and Yele Bademosi, the director of Binance Labs.

And before he departed back for the U.S., he did something more: he announced that he would return in 2020 to live somewhere on the continent for up to six months.

“Africa will define the future (especially the bitcoin one!). Not sure where yet, but I’ll be living here for 3-6 months mid 2020,” he Tweeted from Ethiopia.

And where? And when? If you have ever spoken to Dorsey — or more likely read an interview with him — you’ll note that he can be somewhat oblique. It’s rare that he gives straight answers to straight questions, even if he always responds with something.

So when spokespeople from both Twitter and Square declined to comment on what his plans will be and if they will relate to those two companies, it might be just as likely that they don’t want to disclose anything as they don’t actually know.

But one thing is clear: Africa’s 54 countries and 1.2 billion people represent one of the last blue oceans for global tech growth (one that not only Dorsey has identified).

To that end, TechCrunch talked to several people from Africa’s tech world to get their thoughts on what he could do, and what bears remembering as the world follows Dorsey’s spotlight.

The state of the market

When you look at year-over-year expansion in VC investment in the region, startup formation and incubators, the African continent is one of the fastest-growing technology markets in the world — even if today, by monetary value, it’s tiny by Shenzhen or Silicon Valley standards.

Three of the top destination countries for startup investment — Kenya, Nigeria and South Africa — collectively surpassed $1 billion in investment for the first time in 2018, with fintech businesses currently receiving the bulk of the capital and dealflow, according to Partech and WeeTracker stats.

By most accounts, Dorsey’s first foot forward last November was to make himself a student of the continent’s innovation scene — but specifically as it relates to fintech (and by association, his affiliation with Square and latterly Bitcoin).

“It was more them listening than anything else. Not just Jack, but the other senior members of his team,” CcHub’s CEO Bosun Tijani said of Dorsey’s meetings at the incubator.

After acquiring Kenya’s iHub, CcHub is the largest incubator in Africa. Other members of Dorsey’s team who joined him there included Twitter CTO Parag Agrawal and Product lead Kayvon Beykpour.

“[Dorsey] said the main reason [he was in Ethiopia and Africa] was to listen and to learn what’s going on in the region,” said Ice Addis’ Markos Lemma. 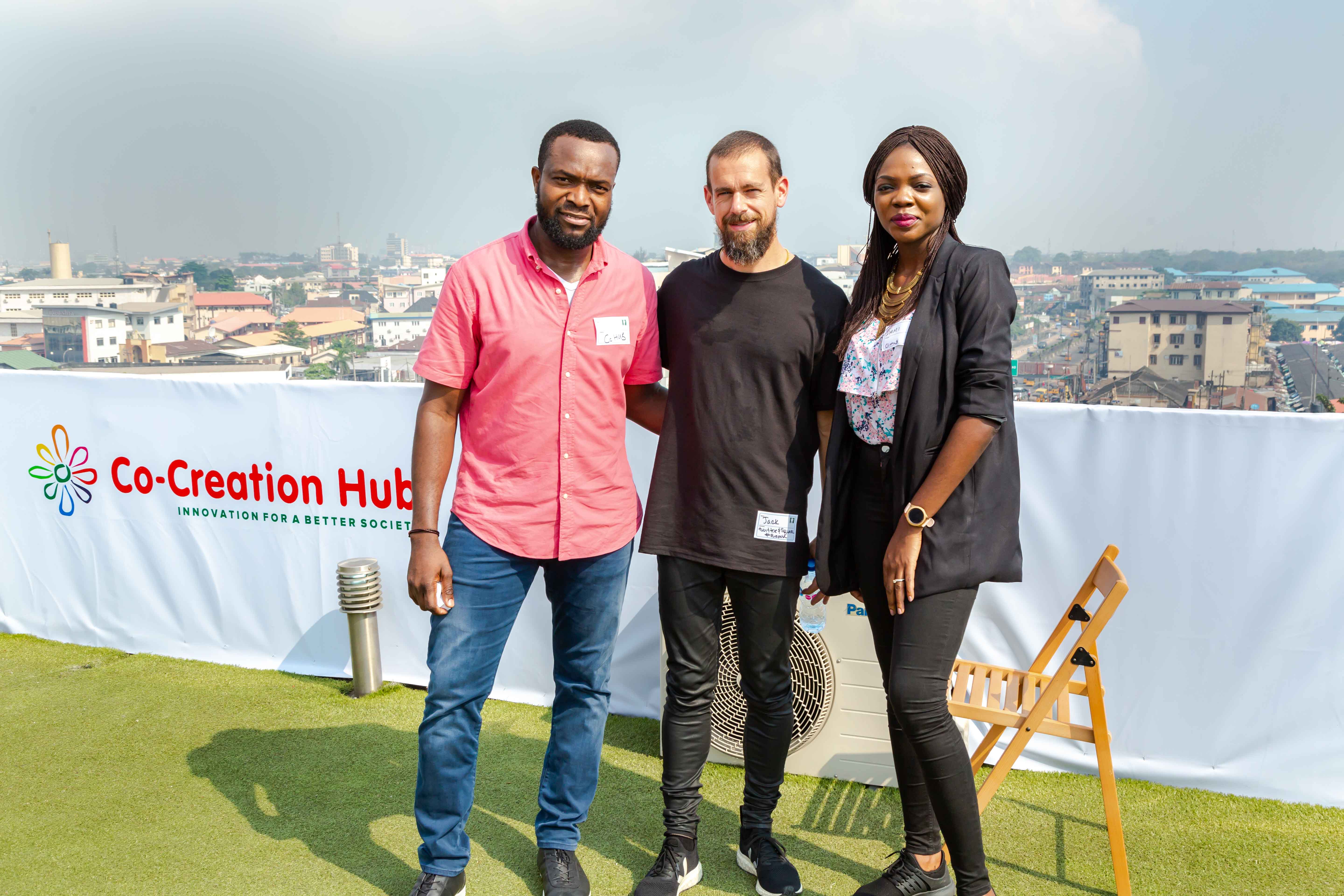 Over recent years, Nigeria has become Africa’s leader in startup formation, VC, and the entry of big tech players, such as Facebook — which opened an incubator in Lagos in 2018.

Since 2014, the country of 200 million has held the dual distinction as Africa’s most populous nation and largest economy. This makes it a compelling market for fintech and social media apps.

Twitter in Africa, according to sources, was less of a topic during Jack Dorsey’s meetings with founders and techies. This makes some sense. The service has lower penetration in the region estimated at 7.46%, higher than Instagram but lower than Pinterest — and that essentially means that the business opportunities there are fewer, as the majority of Twitter’s revenues comes from advertising.

“The only concrete thing in all this communication…is he seems to be interested in Bitcoin,” said Tijani.

Markos Lemma had the same takeaway after talking with Dorsey. “I think he’s specifically interested in Bitcoin,” he said.

Dorsey’s crypto focus in Africa isn’t such a surprise, given his bullish stance on Bitcoin and blockchain-based technology.

In October, he invested $10 million in CoinList, a startup that facilities and manages token sales. And rather than create its own cryptocurrency, like Facebook’s Libra experiment, Square is using Bitcoin as the basis for its digital-currency strategy. The company added Bitcoin trades to CashApp, its P2P payment and investment product, in 2018 and its Square Crypto effort announced this year aims to “support and promote Bitcoin” through open-source development.

“I think the internet will have a native currency and anything we can do to make that happen we’ll do,” he said in reference to Square’s moves. 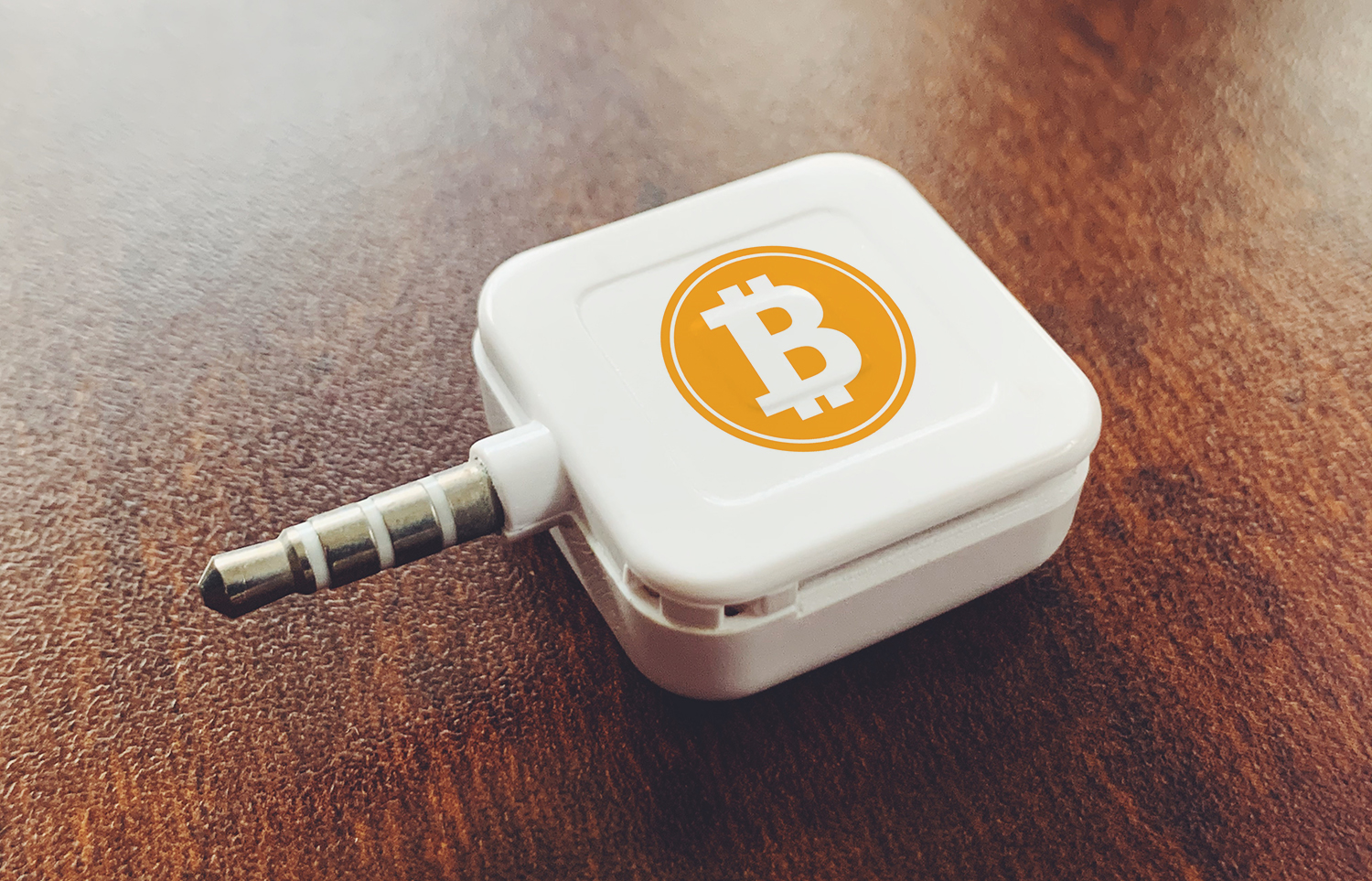 What Dorsey is describing, in part, is the primary use case for cryptocurrency in Africa — where there remain all kinds of inefficiencies around moving money. The continent’s people pay the highest remittance costs in the world, largely due to fragmented (and often inadequate) financial infrastructure and expensive cross-border transaction costs.

By several estimates, Africa is also home to the largest share of the world’s unbanked population and has a sizable number of underbanked consumers and SMEs.

There are hundreds of payments startups across the region looking to move that needle by getting these people on the financial map — and, more opportunistically, getting them to use their products.

To be fair, the adoption of digital finance products, such as M-Pesa in Kenya, have succeeded in reaching tens of millions.

A characteristic of successful African fintech products, however, is that their use has been geographically segregated, with few apps able to scale widely across borders. Some of that relates to vastly different regulatory structures and the difficulty in shaping product-market-fit from country to country.

Cryptocurrency’s potential to bypass inefficient or deficient finance structures has been getting attention in Africa.

The last two years saw several ICOs on the continent. One of the largest coin offerings ($7 million) was in 2018 by SureRemit — a startup that launched a crypto-token aimed at Africa’s incoming and intra-country remittance markets.

SureRemit’s CEO, Adeoye Ojo, sees the relevance and timing of Jack Dorsey’s interest in cryptocurrencies on the continent.

“Right now a lot of people and governments in Africa are aware of blockchain and cryptocurrencies, compared to two years ago, and asking questions about how this can be leveraged; what kind of products can we build around this,” Ojo told TechCrunch.

Bitcoin, according to Ojo, is finding utility on the continent. “It has helped people with value transfer significantly. A lot of businesses trying to make payments outside Nigeria…frustrated with access to forex or access to USD, are leveraging Bitcoin to make payments directly to vendors or suppliers in Asia and Europe,” he said.

On business motivations for Dorsey’s move to Africa, “I think he is definitely looking at the opportunity to get more people to adopt payments on Bitcoin, buying Bitcoin with Square here,” Ojo said — based on the collective information he’s followed re Dorsey’s crypto motives and what emerged from Jack’s recent trip.

Square has yet to launch any services in Africa, but if there is a business purpose to Dorsey’s residency, one could be considering how and if the company has scope for building out services in the region, specifically one based around cryptocurrency.

But Ojo underscored the specific hurdles to cryptocurrency adoption on the continent. The first is regulation. Regulatory reviews on digital currency use are ongoing in major economies Nigeria and Kenya. South Africa’s Central Bank is considering rules that would limit use of cryptocurrencies for foreign transfers.

“Even if the application for crypto works here, if the regulations that come forward don’t support it, it won’t happen,” said Ojo.

As with other parts of the world, Africa also faces a trust issue on digital currency adoption, he added, due to Bitcoin’s implication in several scams — most notably to defraud millions of Nigerians in the Mavrodi Mundial Moneybox (MMM) ponzi scheme.

“For many Nigerians, their first introduction to Bitcoin was this MMM scam…People have been adopting  mobile money in Africa, but it’s gonna take a bit of market education for them to understand using Bitcoin isn’t just some scam,” he said.

On where Dorsey should spend time on his return, Cellulant CEO Ken Njoroge thinks Kenya is a must, given its lead as one of the top countries in the world for mobile-money adoption.

“Coming to live in the ecosystem is a good thing…it’s the best way to really understand…and get the nuances of business in Africa,” he said. 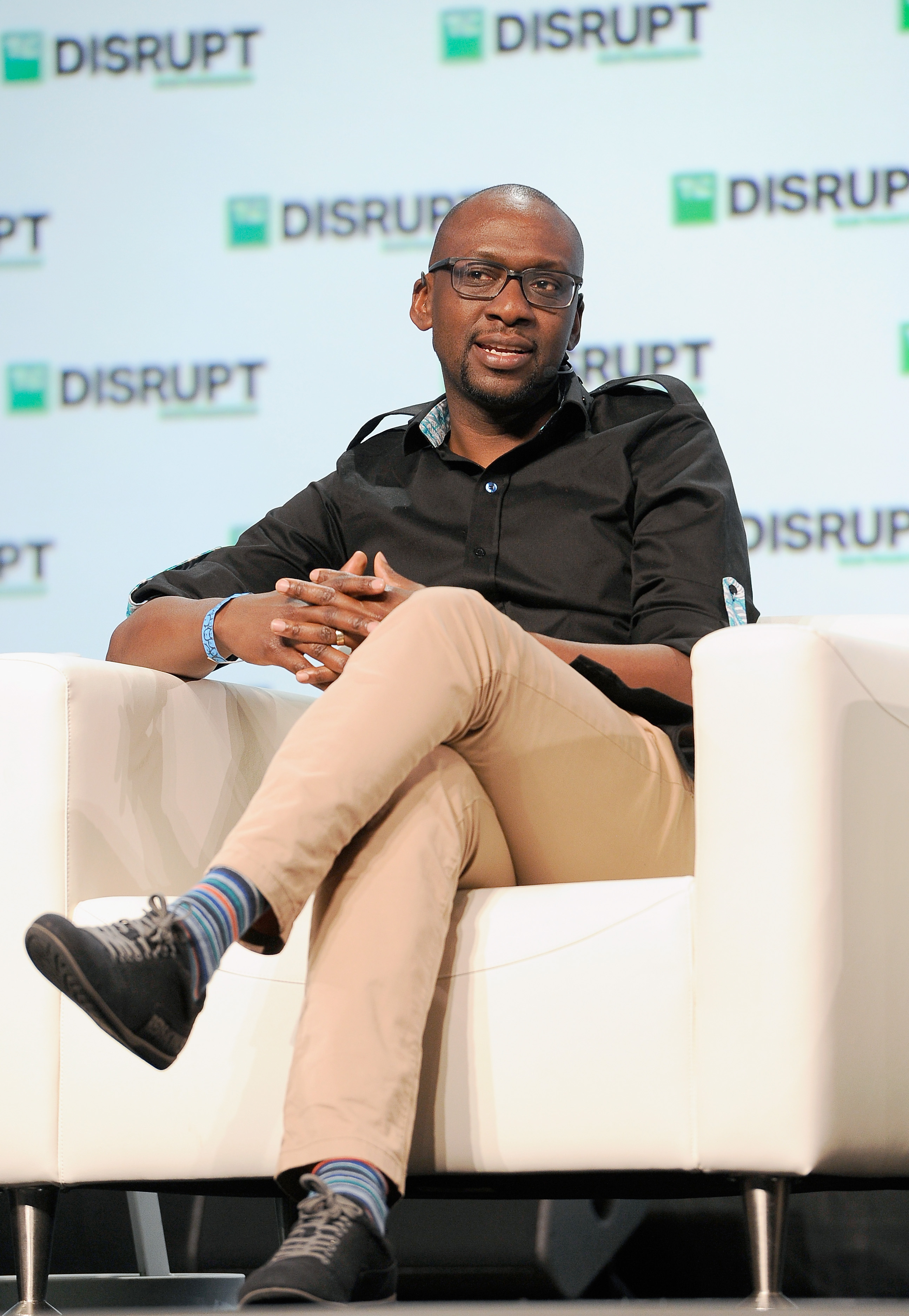 Njoroge, whose Nairobi-based fintech company processes payments in 35 African countries, also suggested Dorsey understand any tech play in Africa requires a long-game commitment, given the infrastructure challenges in the ecosystem compared to others.

On that topic, Ice Addis co-founder Markos Lemma suggested Dorsey provide founders advice on operating around and influencing tech regulation. “He’s had a lot experience navigating the U.S. and other markets with Twitter and Square. I don’t know any entrepreneur in Ethiopia or other African markets who has that experience navigating and negotiating regulations,” he said.

For all the likelihood Dorsey’s pending move could be motivated by Square and Bitcoin, three of the founders interviewed by TechCrunch — Bosun Tijani, Ken Njoroge and Markos Lemma — underscored the rise of Twitter in Africa’s civic and political spheres.

Square doesn’t operate in Africa, but Twitter is the fourth most used social media app on the continent, and sells ads in Africa through partner Ad Dynamo, a Twitter spokesperson confirmed. 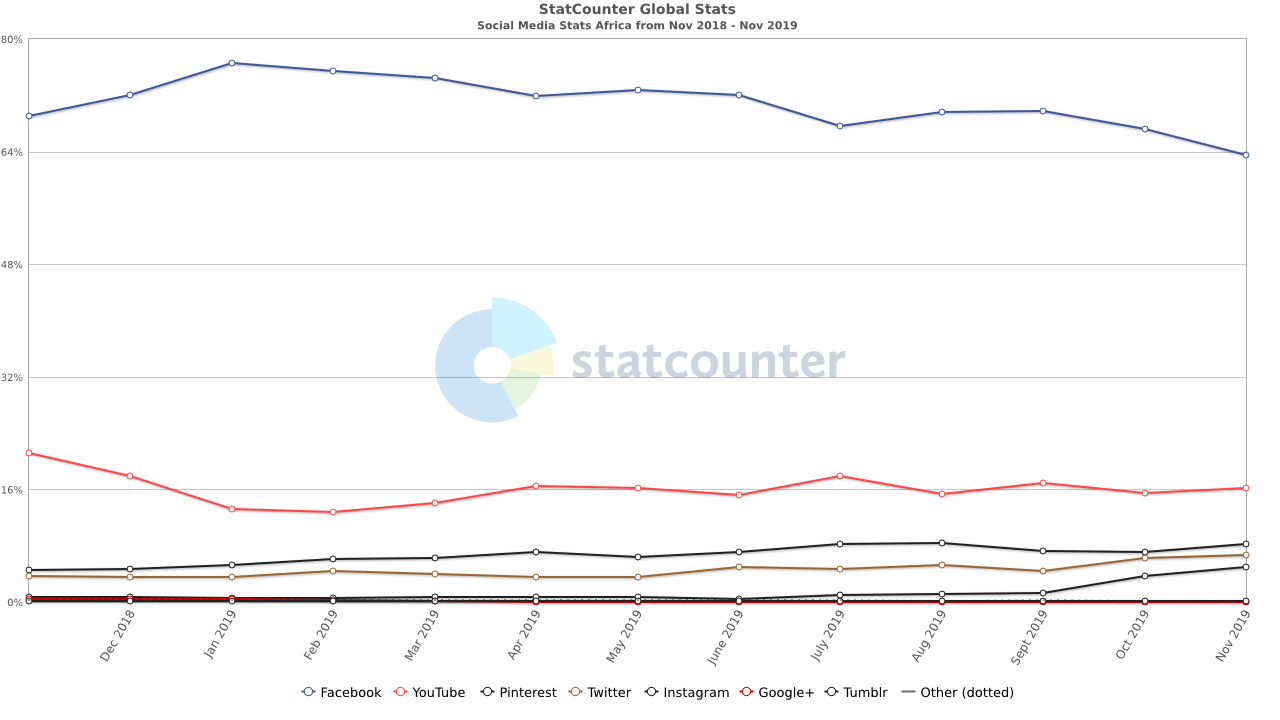 “Twitter is quite powerful in Nigeria,” CcHub’s CEO said of the social media platform in the country, which has been plagued by theft of state resources in the hundreds of billions.

“It’s not just a social media platform for Nigeria. It’s changing the dynamics between people with power and those that they’re meant to serve,” Tijani explained.

“There’s a lot of hate speech and misinformation that’s been showing up on social media,” said Ice Addis’ Markos Lemma. “With [Ethiopia’s] 2020 elections on the horizon, I think it would be important for him to address how Twitter can mitigate that risk.”

Dorsey has faced flak from some analysts and Twitter board members for his planned move outside the U.S., given risks associated with Twitter and the upcoming American election.

So Dorsey’s 2020 Africa move could certainly uncover opportunities for cryptocurrency and Square on the continent.

It could also become a reminder that wherever he travels, so too do the complications of his social media company back home.