In African fintech, the fourth quarter of 2019 brought big money to new entrants.

Chinese investors put $220 million into OPay and PalmPay — two fledgling startups with plans to scale in Nigeria and the broader continent. Several sources told me the big bucks had created anxiety for more than few payments ventures in Nigeria with similar strategies and smaller coffers. They may not need to fret just yet, however: lessons from Africa’s most successful mobile-money case study, M-Pesa, suggest that VC alone won’t buy scale in digital finance.

Startups and fintech in Africa

Over the last decade, Africa has been in the midst of a startup boom accompanied by big growth in VC and improvements in internet and mobile penetration.

Some definitive country centers for company formation, tech hubs and investment have emerged; Nigeria, South Africa and Kenya lead the continent in numbers for all those categories. Additional strong and emerging points for innovation and startups across Africa’s 54 countries and 1.2 billion people include Ghana, Tanzania, Ethiopia, and Senegal.

The continent surpassed $1 billion in VC to startups in 2018 and per research done by Partech and WeeTracker, fintech is the focus of the bulk of capital and deal-flow.

By several estimates,  Africa is home to the largest share of the world’s unbanked and underbanked population.

This runs parallel to the region’s off-the-grid SME’s and economic activity — on display and in commercial motion through the street traders, roadside kiosks and open-air markets common from Nairobi to Lagos.

IMF estimates have pegged Africa’s informal economy as one of the largest in the world. Thousands of fintech startups have descended onto this large pool of unbanked and underbranked citizens and SMEs looking to grow digital finance products and market share.

In this race, the West African nation of Nigeria — home to Africa’s largest economy and population — is becoming an epicenter for VC. Many fintech-related companies are adopting a strategy of scaling there first before expanding outward.

That includes new entrants OPay and PalmPay, which raised so much capital in fourth quarter 2019. It’s notable that both were founded in 2019 and largely incubated by Chinese actors.

PalmPay, a consumer-oriented payments product, went live in November with a $40 million seed-round (one of the largest in Africa in 2019) led by Africa’s biggest mobile-phones seller — China’s Transsion. The startup was upfront about its ambitions, stating its goals to become “Africa’s largest financial services platform,” in a company statement. 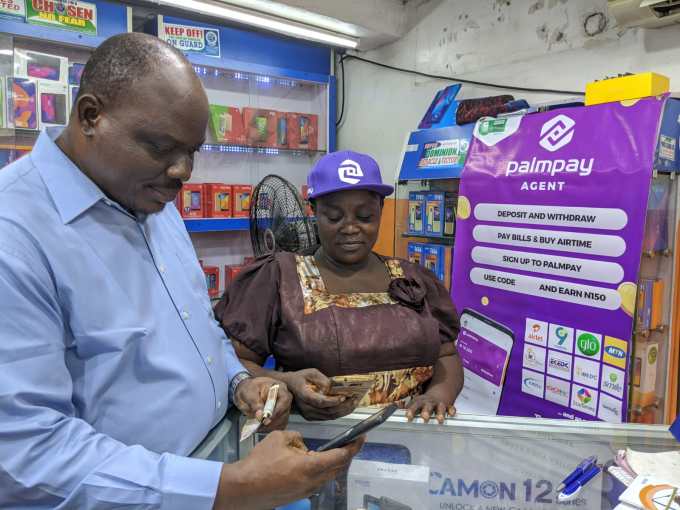 To that end, PalmPay conveniently entered a strategic partnership with its lead investor. The startup’s payment app will come pre-installed on Transsion’s mobile device brands, such as Tecno, in Africa — for an estimated reach of 20 million phones in 2020.

Founded by Chinese owned consumer internet company Opera — and backed by 9 Chinese investors — OPay is the payment utility for a suite of Opera-developed internet based commercial products in Nigeria that include ride-hail apps ORide and OCar and food delivery service OFood.

With its latest Series A, OPay announced it would expand in Kenya, South Africa, and Ghana.

In Nigeria, OPay’s $170 million Series A and B announced in the span of months dwarfs just about anything raised by new and existing fintech players, with the exception of Interswitch.

The homegrown payments processing company — which pioneered much of Nigeria’s digital finance infrastructure — reached unicorn status in November when Visa took a reported $200 million minority stake in the venture.

There is a large disparity between fintech startups in Nigeria with capital raises in ones and tens of millions vs. OPay and PalmPay’s $40 and $120 million rounds. Conventional wisdom could be that the big-capital, big spending firms have an unmistakable advantage in scaling digital payments in Nigeria and other markets.

A look at Kenya’s M-Pesa may prove otherwise.