All manner of startups fail for all manner of reasons. But there’s one constant: this is an incredibly difficult business. Launching a successful company isn’t just a matter of drive and finding the right people (though both, clearly, are important). Doing well in this business requires the stars to align perfectly on a billion different things.

A cursory look at this year’s batch of companies doesn’t find any story quite as spectacular as last year’s big Theranos flameout, which gave us a best-selling book, documentary, podcast series and upcoming Adam McKay/Jennifer Lawrence film. Some, like MoviePass, however, may have come close.

And for every Theranos, there are dozens of stories of hardworking founders with promising products that simply couldn’t make it to the finish line. There’s also room for debate about what is and isn’t a startup. For our purposes, we’re focusing here on independent startups, not digital initiatives from larger companies — though in at least one case, the startup was acquired by a larger company before shutting down.

So without further ado, here are some of the biggest and most fascinating startups that closed up shop in 2019. 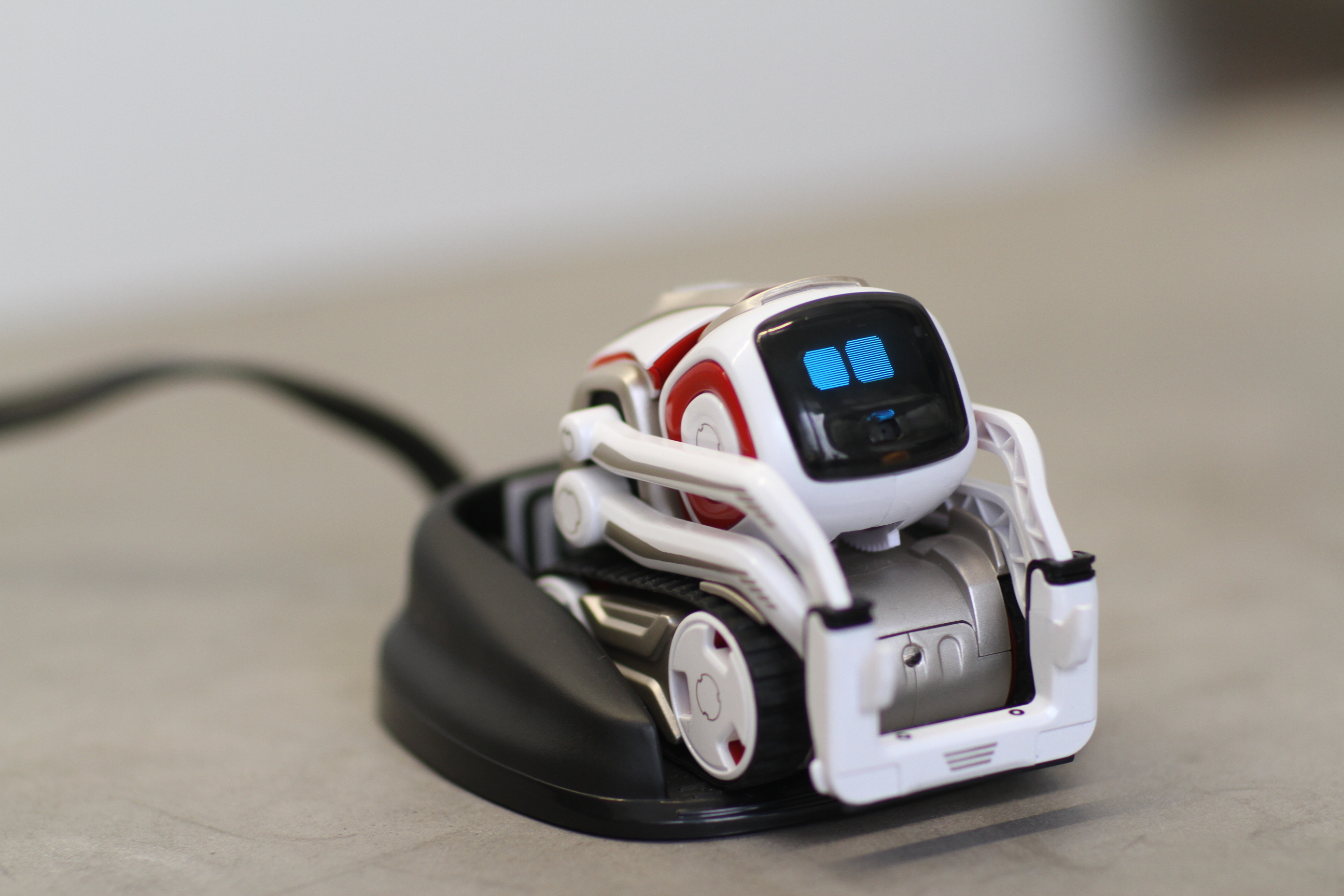 In 2013, a promising young hardware startup showcased a new generation of slot cars onstage at the World Wide Developer Conference keynote. It was quite an honor for a young company. Apple was clearly impressed with how Overdrive pushed the limits of what could be done on the iPhone.

Three years later, Anki released Cozmo. The plucky little robot was the result of large investment, including the hiring of ex-Pixar and Dreamworks animators brought on board to craft a high range of emotions in the robot’s eyes. In late 2018, the company launched the similar but adult-focused Vector robot. By April 2019, Anki had shut its doors, in spite of selling 1.5 million robots and “hundreds of thousands” of Cozmo models. 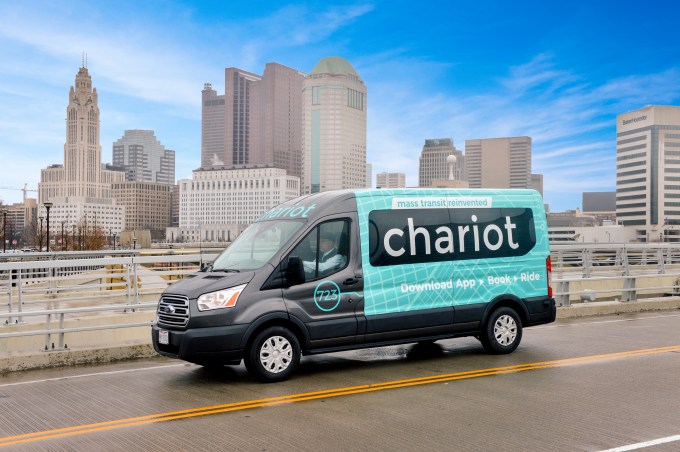 Chariot was a shuttle startup hoping to reinvent mass transit with a fleet of vans for commuters. The routes, supposedly, were determined based on a “crowdsourced” vote.

After acquiring the service two years ago, Ford shut it down at the beginning of 2019. The company didn’t offer many details, except to say that “in today’s mobility landscape, the wants and needs of customers and cities are changing rapidly.” 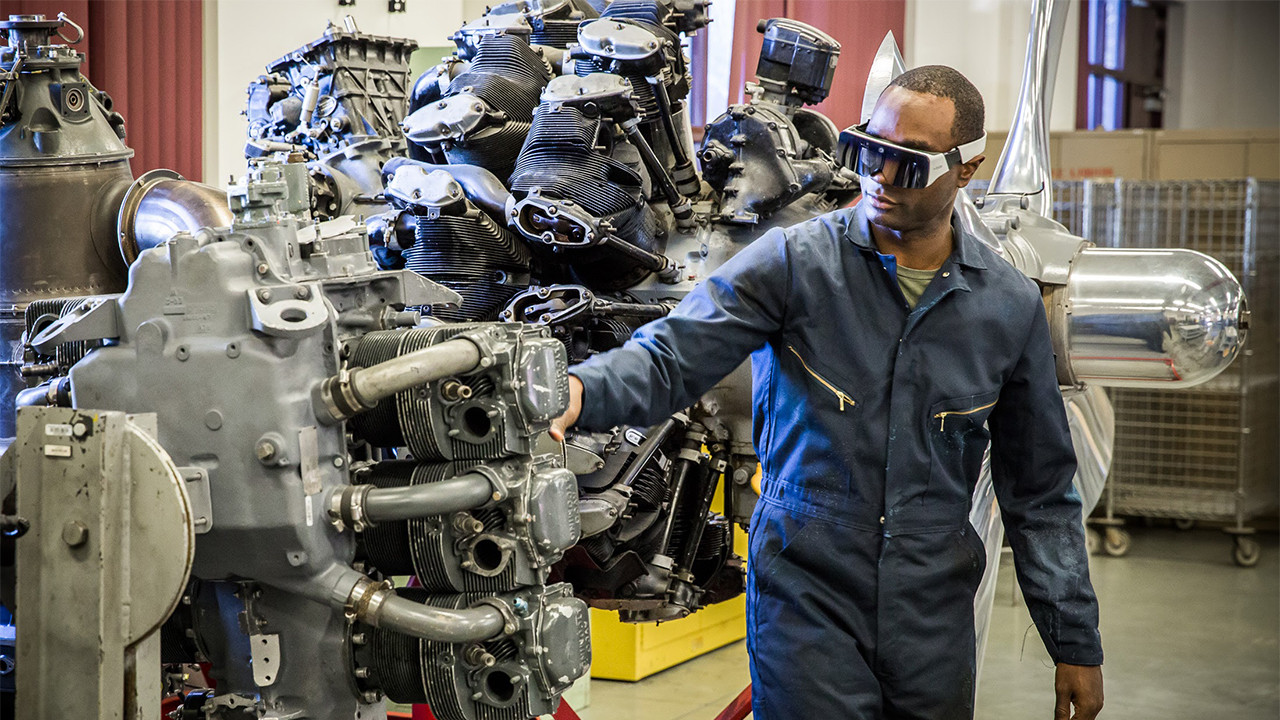 Daqri, another high-flying, heavily funded AR headset business, shut its doors around September and completed an asset sale. The company is one of many in the sector that failed to succeed in its efforts to court enterprise customers, as well as in its efforts to compete with Magic Leap, Microsoft and others.

Daqri was, at one point, speaking with a large private equity firm about financing ahead of a potential IPO, but as the technical realities facing other AR companies came to light, the firm backed out and the deal crumbled, according to earlier TechCrunch reporting. Sadly, Daqri wasn’t the only AR business to crumble this year. 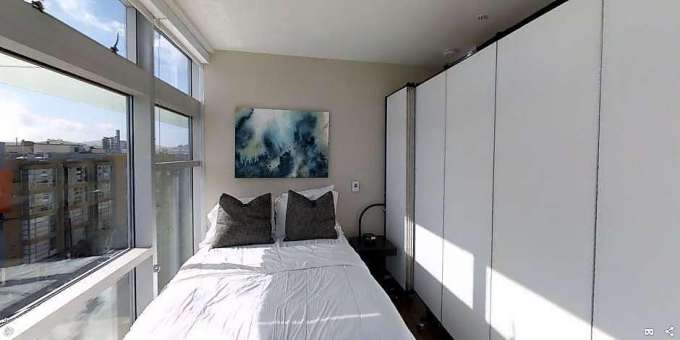 HomeShare tried to deal with the challenge of rapidly rising housing costs by matching roommates who shared apartments split into “micro-rooms.” The company said that as of March, it had about 1,000 active residents.

As part of the shutdown, HomeShare said residents would not be getting back the deposits for their partitions — but they would be able to keep the divider or sell it. 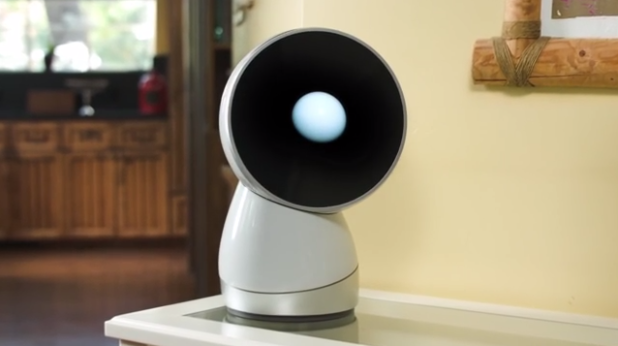 Between Anki and Jibo, you could say it was a tough year for consumer social robots. But then, there’s never been a great year for the category. Not yet, at least. Like the sad death of the original Aibo before it, Jibo’s end was punctuated by the incredibly depressing nature of watching an adorable robot friend draw its final breath. Jibo did just that in April, telling consumers, “I want to say I’ve really enjoyed our time together. Thank you very, very much for having me around.”

Jibo technically died in late-2018, but we’re making an exception due to the dramatic nature of its demise. The end came in spite of a successful crowdfunding campaign and a healthy amount of venture capital raised. In spite of it all, the startup was forced to lay off most of its staff and then, ultimately, send Jibo upstate to live on the robo-farm.

Holy hell. Where to even start with this one? When we were putting this list together, one TechCruncher remarked that he swore MoviePass shut down years ago. That’s because (not unlike some current political events), the ticket subscription service’s magnificent train wreck of a demise appeared to unfold over the course of several years, in excruciating slow motion. We wrote a lot about it. A lot, a lot.

In fact, there seemed to be a new disaster every week, as the company hemorrhaged money, limited its service, experience outages, borrowed even more money, was forced to enter a kind of zombie state and had a massive data breech. Oh, and then there was the John Gotti movie it financed that was arguably even worse. By the end of it all, MoviePass’ ultimate demise almost felt like an act of mercy. 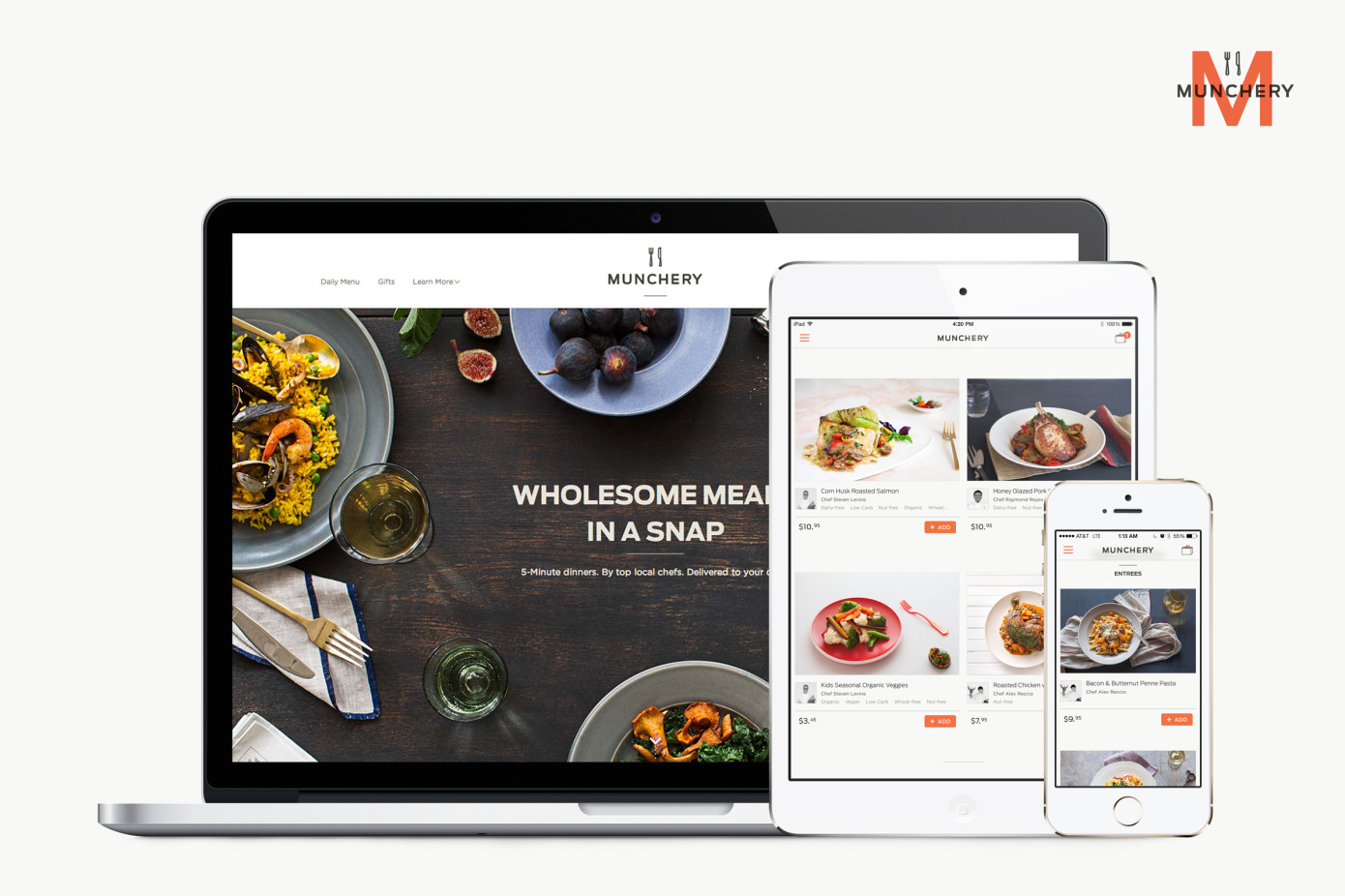 One of the first startup scandals of 2019 involved a once well-known meal delivery startup, Munchery. After the business emailed its customers notifying them of its imminent shutdown, its vendors came forward with a slew of accusations. Namely, the food delivery startup took advantage of them in its final hours, knowingly allowing them to continue making deliveries it couldn’t pay for.

The company’s sudden demise sparked a debate around accountability. While the CEO and its venture capital investors stayed largely silent, its vendors cried out for an explanation and even protested outside the offices of Sherpa Capital, one of Munchery’s backers, in search of answers and payments. 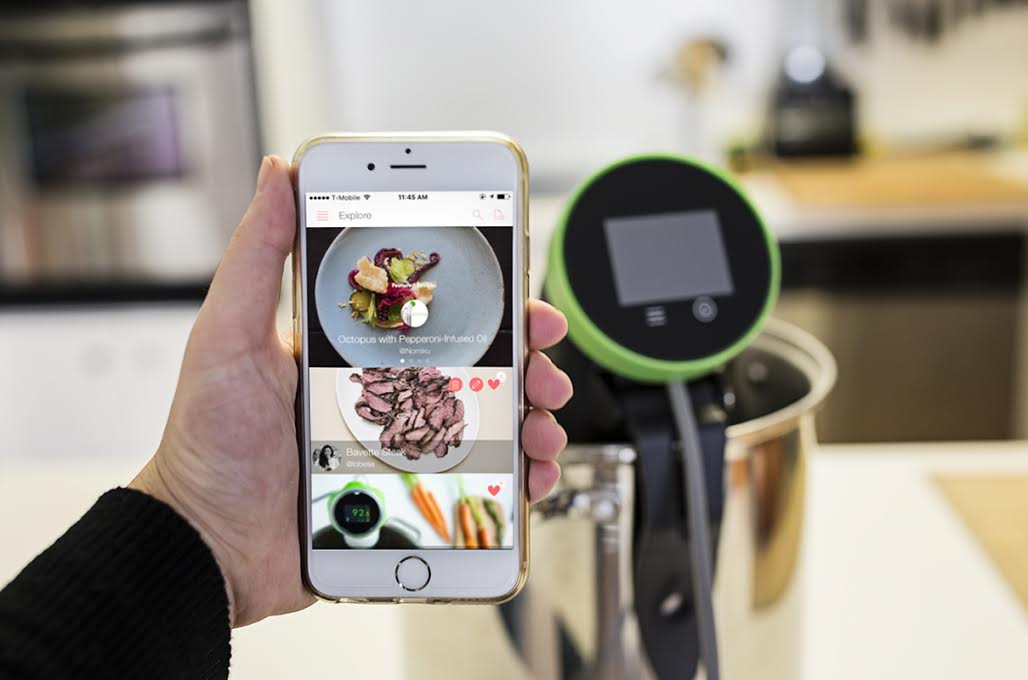 One of the most recent additions to this list, Bay Area-based food startup Nomiku called it quits earlier this month. The company helped pioneer the consumer sous vide category, only to see the market flooded by competing devices. In multiple successful Kickstarter campaigns totaling $1.3 million, backing from Samsung Ventures and an attempted pivot into meal plans, the startup just couldn’t survive.

“The total climate for food tech is different than it used to be,” CEO Lisa Fetterman told TechCrunch. “There was a time when food tech and hardware were much more hot and viable. I think a company can survive a few hurdles, and a few challenges [ …] For me, it was the perfect storm of all these things.” 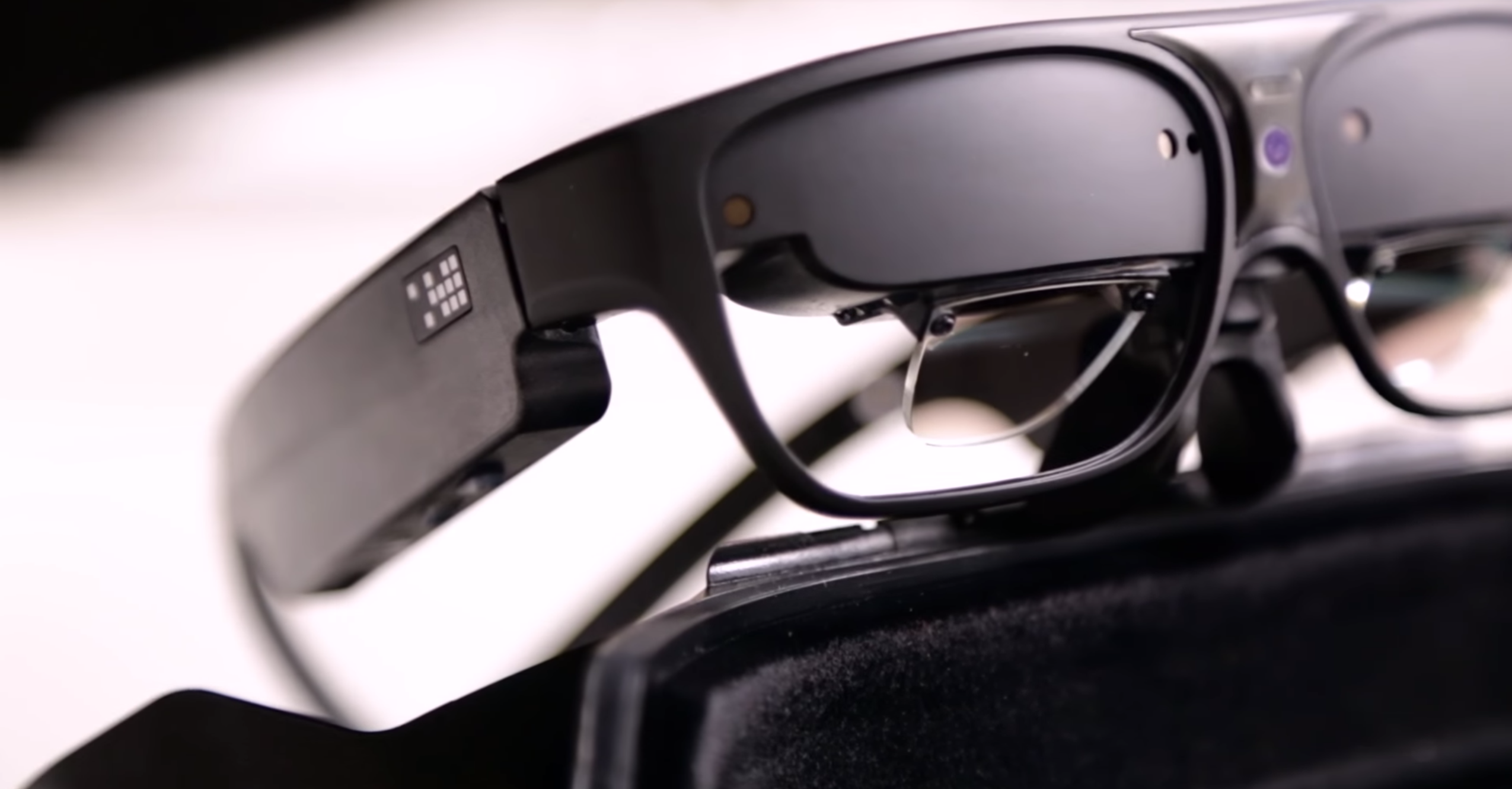 A pioneer in the AR glasses space, news emerged of Osterhout Design Group’s (ODG) demise in the first few weeks of January. Only a couple of years ago, the company raised a $58 million financing — less than a year later, it had burned through its funding and couldn’t pay employees. By early 2018, ODG had lost half of its workforce as it sought loans to pay back employees. By early 2019, only a skeleton crew awaited a patent sale after acquisitions from several large tech companies, including Facebook and Magic Leap, fell through.

“I hope Magic Leap is a huge success. I want everyone in AR to be a huge success,” Osterhout said in an interview with TechCrunch in 2017. “[Augmented reality] is going to be transformative.” 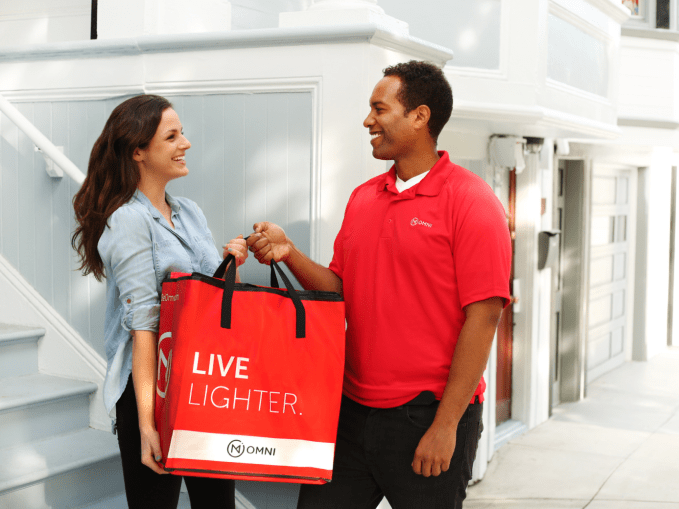 The startup began as a physical storage company, then tried to pivot after selling off its physical storage operations to competitor Clutter in May — it tried, unsuccessfully, to build a white-label software platform that would allow brick-and-mortar merchants to operate their own businesses for renting and selling products.

As part of the shutdown, roughly 10 Omni engineers were hired by Coinbase. 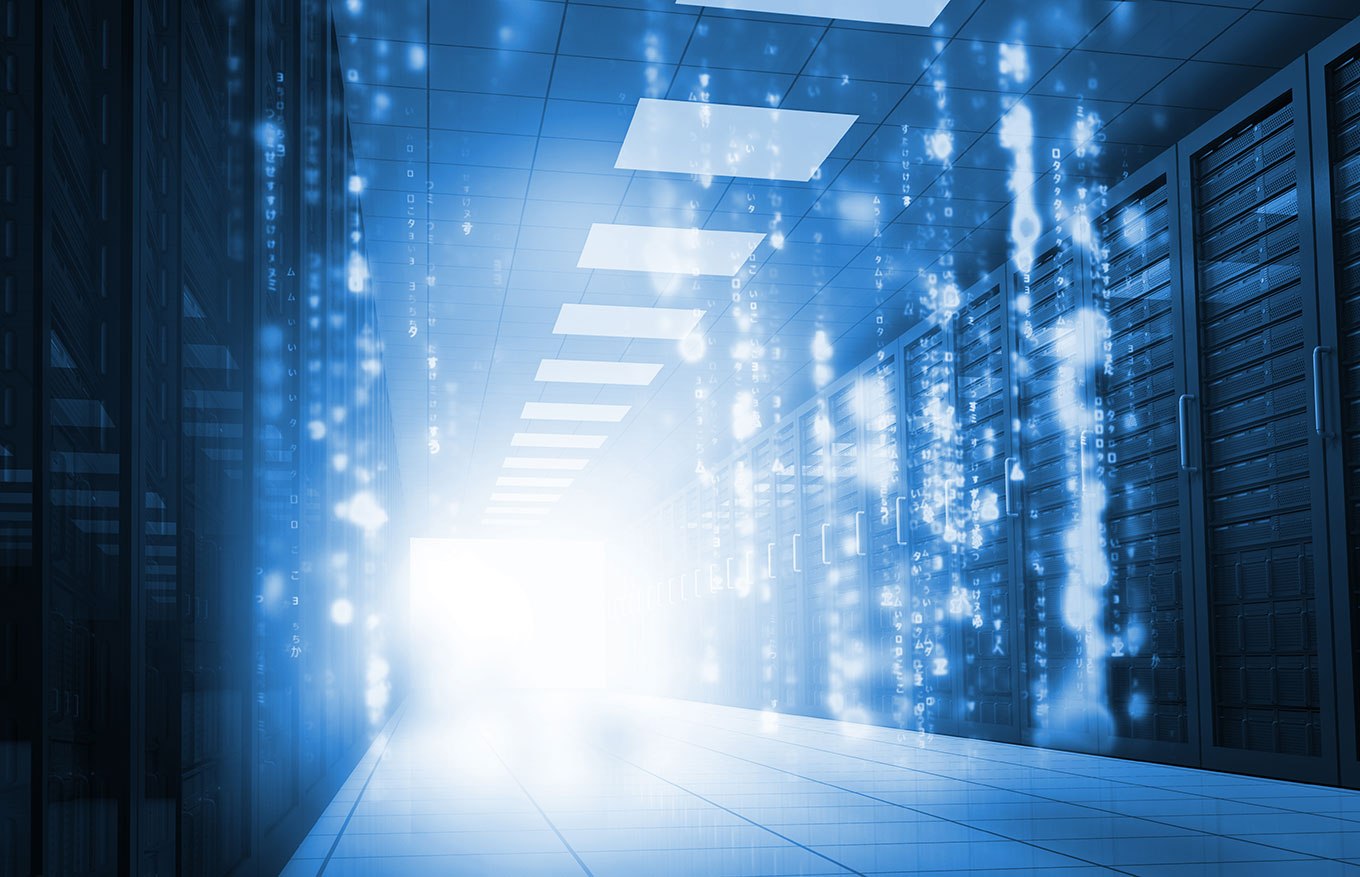 Founded by former Googlers Olcan Sercinoglu and Dmitry Lepikhin, Scaled Inference made headlines in 2014 with a plan to build machine learning and artificial intelligence technology similar to what’s used internally by companies like Google, and making it available as a cloud service that can be used by anyone. The ambitions were grand and attracted investors like Felicis Ventures, Tencent and Khosla Ventures.

Unfortunately, the company was forced to call it quits recently. Former CEO Sercinoglu tells us the shutdown was a result of a lack of funding due to insufficient commercial traction. “We were working on various options until the last minute and retained the team as long as we could, but it did not work out. On the plus side, we were able to be transparent with the team throughout the process,” he said. 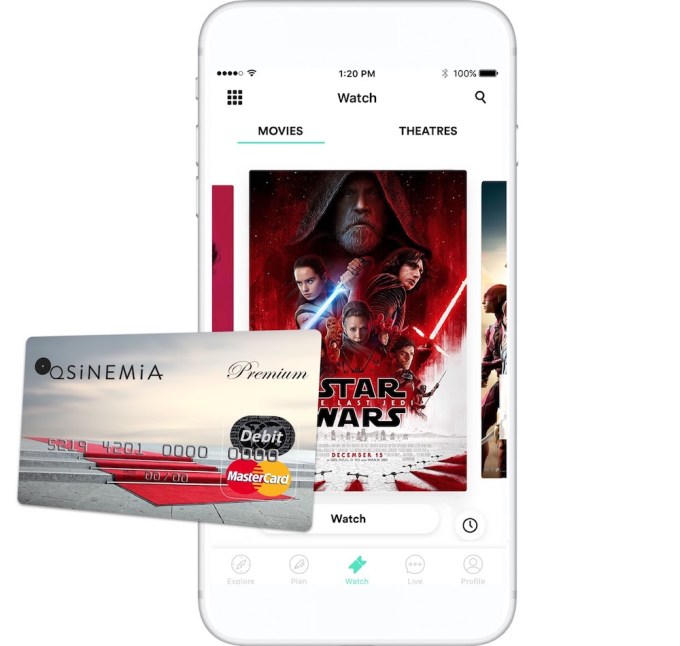 It was a rough year for MoviePass-style movie ticket subscription services in general. Sinemia seemed at first to be a more sustainable competitor, but it was plagued by subscriber complaints and even lawsuits around app issues, hidden charges and policies for shuttering accounts.

In April, the company announced that it was ending U.S. operations. To be clear, it did not say that it was shutting down entirely (much of its staff was based in Turkey), but the company’s website has since gone offline. If Sinemia survives in some form, it has disappeared from view. 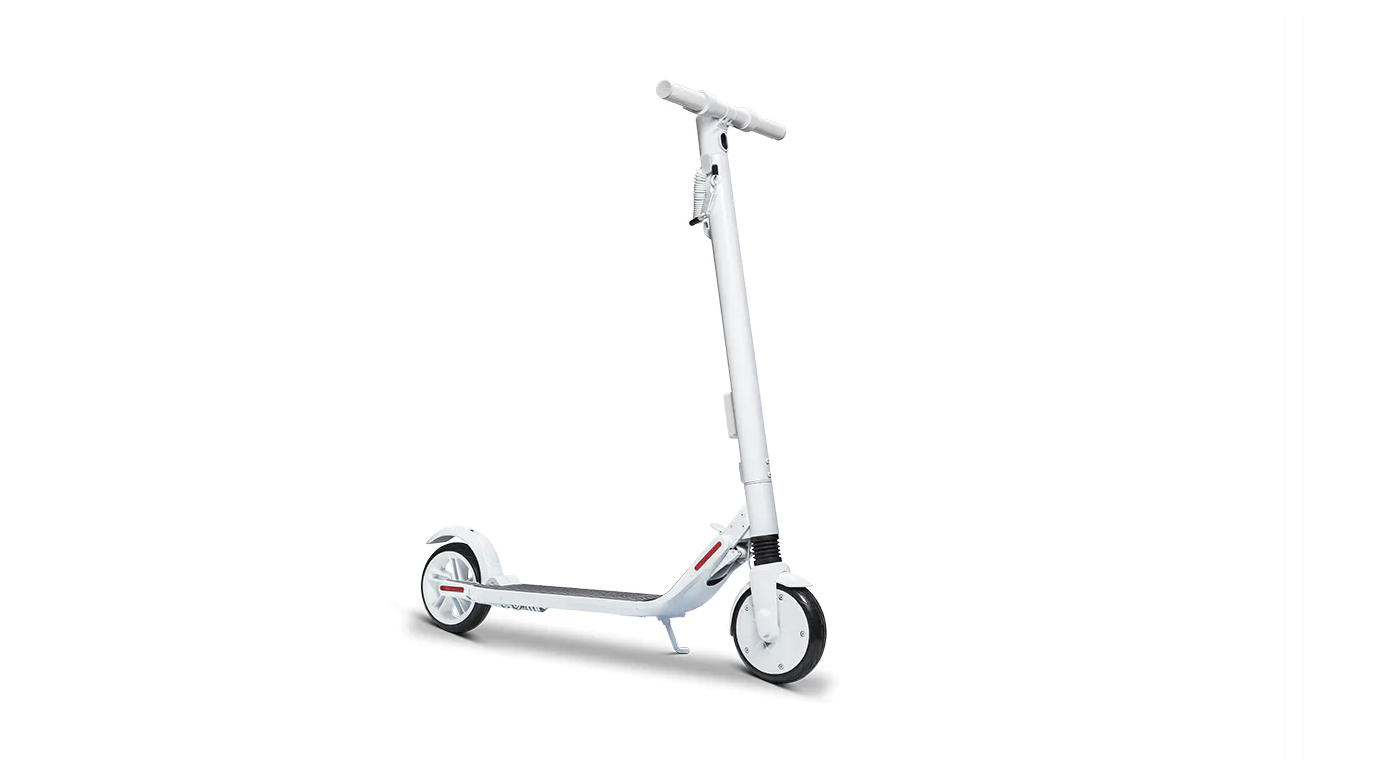 Unicorn Scooters was one of the first fatalities of the electric scooter craze of 2018, though certainly not the last. As the story goes, the business spent way too much money on Facebook and Google ads; the startup quickly shut down with no money left over to issue refunds for more than 300 of its $699 scooters that had been ordered.

The not-so-aptly named Unicorn had completed the Y Combinator startup accelerator only a few months before it called it quits, likely making it one of the fastest YC grads to shutter post-graduation. “Unfortunately, the cost of the ads were just too expensive to build a sustainable business,” Unicorn’s CEO Nick Evans wrote, according to The Verge. “And as the weather continued to get colder throughout the US and more scooters from other companies came on to the market, it became harder and harder to sell Unicorns, leading to a higher cost for ads and fewer customers.” 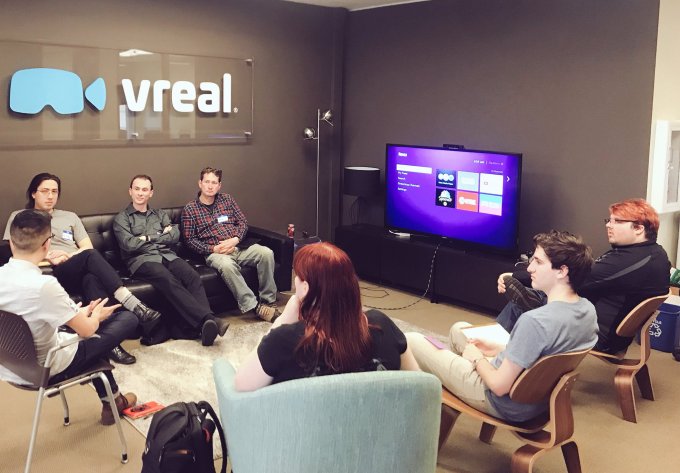 Vreal was an ambitious game-streaming platform that aimed to let VR users explore the worlds in which live-streamers were playing. Those users could walk around streamers as avatars, or they could explore on their own as passive observers while listening to the live-streamer blast their way through zombies.

“Unfortunately, the VR market never developed as quickly as we all had hoped, and we were definitely ahead of our time,” the company said in a blog post. “As a result, Vreal is shutting down operations and our wonderful team members are moving on to other opportunities.”

Remembering the startups we lost in 2018