In the first days of 2017, Osterhout Design Group arrived at CES with a two-story booth and huge promises. The startup’s founder, Ralph Osterhout, wanted to take the small San Francisco-based company even further past its military contractor roots in AR, building out major enterprise and consumer businesses with flashy new product lines. The company had just raised $58 million, and the Las Vegas electronics show served as its launchpad for its R-8 and R-9 augmented reality glasses lines that Osterhout hoped would bring “glasses to the masses.”

Less than a year later, however, the company had burned through its funding and couldn’t pay employees. By early 2018, ODG had lost half of its workforce as it sought loans to pay back employees. Today, a skeleton crew awaits a patent sale less than a week away after acquisitions from several large tech companies, including Facebook and Magic Leap, fell through, multiple sources tell TechCrunch. 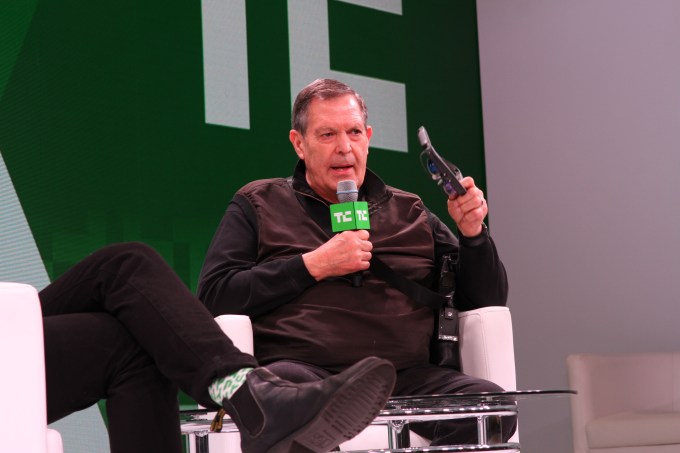 Ralph Osterhout, 73, founded ODG 20 years ago as a high-tech toy company, built after his previous venture, Machina, collapsed in what a Wired report at the time called “a spectacular bankruptcy.” After underwriting ODG with $14,000 of his own cash, Osterhout kept the startup plugging along on its own merits before he decided that it was time to reach for outside funding to turn his company into a powerhouse in the burgeoning augmented reality industry. At the end of 2016, the company raised a $58 million round led by 21st Century Fox.

ODG was already getting thousands of orders for its R-7 glasses, an enterprise-focused product that it billed as a head-worn Android tablet that could help workers go through checklists, review documents and share live video feeds hands-free. Osterhout wanted to get AR glasses into the hands of consumers and take advantage of new tech advances, even as Magic Leap was teasing the release of its own heavily hyped consumer product.

“I hope Magic Leap is a huge success. I want everyone in AR to be a huge success,” Osterhout said in an interview with TechCrunch in 2017. “[Augmented reality] is going to be transformative.”

Months later, a large Chinese firm approached ODG with an offer north of the company’s $258 million Series A valuation, a source tells TechCrunch. Talks fell through, but ODG’s leadership was at their most ambitious and felt like they couldn’t be stopped.

At the same time, following the CES 2017 product unveil, some employees wondered whether having three distinct product lines under development aimed at roughly the same customer was the right direction for the company with around 100 employees. Ralph Osterhout’s strong internal popularity kept these concerns at bay even as the company faced double-digit return rates from customers of its current-generation R-7 glasses due to manufacturing issues.

“That’s a little bit the story of ODG and Ralph, in general: everything is a prototype, nothing is finished, and before one thing is 60 percent done, you’re already onto the next one,” a former employee tells TechCrunch. “I think the heart of ODG’s downfall was its lack of focus.”

The company never ended up shipping the R-9 or the R-8 or even fulfilling all of its R-7 orders. It blew through its funding before the fall of 2017, and it wasn’t long before employees were on half-pay and soon stopped getting paid at all. ODG sought backing from Chinese firms, but sources say that a negative trade environment hampered those efforts. In 2018, it received an $8 million loan from a Chinese firm used to pay back employees as Osterhout began trying to scrounge together an exit strategy, seeking buyers for the company that bore his name.

Suitors for the company included Magic Leap, Facebook, Razer and Lenovo, sources tell TechCrunch. In each case talks fell through, as Osterhout was convinced that his company was being undervalued by the prospective acquirers. 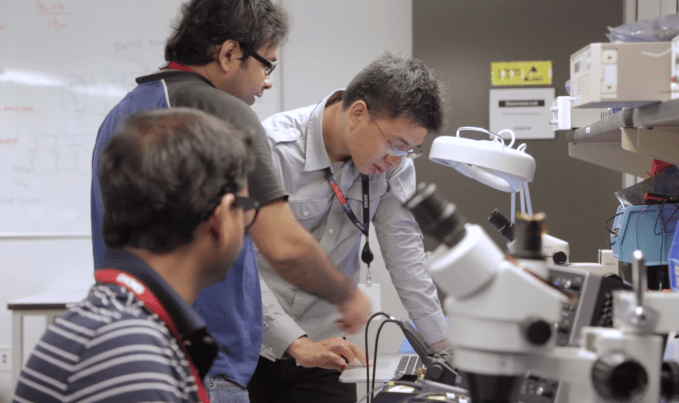 Sources say that Magic Leap continued to bump up its offer, eventually signing a letter of intent in the final months of 2018 to purchase the startup. The final proposed purchase price ended up at $35 million, still a far cry from its 2016 valuation, a source familiar with the deal tells TechCrunch.

This offer came with stipulations for the types of engineers Magic Leap wanted to bring aboard, leading ODG to shrink its staff to just a couple dozen employees. As the startup whittled itself down to prepare for a disappointing, yet relatively dignified, sign-off, Magic Leap began to grow cagey about finalizing the acquisition, sources say. As the deal started to fall through, some in ODG’s leadership began to wonder aloud whether Magic Leap was “acting in poor faith” and was only looking to starve the company before purchasing assets at a discount in a patent sale.

“Ralph turned around and he didn’t have a company or team anymore, and then Magic Leap goes, you know what, we’re just going to buy the IP, we don’t want the company, you don’t have a company anymore,” one source said.

Magic Leap did not respond to a request for comment.

With the deal shot and the indebted company in shambles, the team dwindled down further to a skeleton crew — essentially a deals team — as company assets were put up for sale by IP advisory firm Hilco Streambank. The company’s patent portfolio up for sale next week includes 107 issued patents and 83 pending applications.

The 20-year-old company has already seen its early work in foundational AR patents pay off. In 2014, Microsoft paid around $150 million to acquire a trove of ODG patents after deciding not to buy the company outright. In documents reviewed by TechCrunch, ODG highlights a number of AR patents in its collection on which it believes existing products from companies like Magic Leap, Google and Facebook infringe, specifically pointing to diagrams of systems like the Magic Leap One and Oculus Quest that they claim conflict with its prior art.

With a patent sale (spotted first by UploadVR), ODG’s leadership is looking to recoup enough to pay back the company’s debts, as well as the employees who worked for months on partial salaries.

Whether or not ODG’s downfall was largely a cause of mismanagement, the disparity between acquisition offers and its 2016 valuation showcases a broader cooldown in the augmented reality industry, as capital-intensive efforts in enterprise and hardware have proven to be a more difficult sell for investors heading into 2019.

Last month, Blippar, an enterprise-focused AR startup that raised more than $130 million, collapsed after failing to secure an emergency influx of cash. Just yesterday, it was reported that Meta, an AR hardware startup with $73 million in funding from Y Combinator, Tencent and Comcast, had fallen into insolvency. Magic Leap itself has had issues breaking into broader markets: In November the startup lost out to Microsoft on a $480 million military contract.

Asked whether they would pin the company’s failures on the broader industry slowdown, a former employee said, “From an internal standpoint, all I saw was, we are fucking it up.”

Ralph Osterhout did not respond to a request for comment.