On Sundays in October, Tinder is launching in its dating app an “interactive adventure” called “Swipe Night” that will present a narrative where users make a series of choices in order to proceed. This sort of choose-your-own-adventure format has been more recently popularized by Netflix and others as a new way to engage with digital media. In Tinder’s case, its larger goal may not be a dramatic entry into scripted, streaming video, as has been reported, but rather a creative way to juice some lagging user engagement metrics.

For example, based on analysis of Android data in the U.S. from SimilarWeb, Tinder’s sessions per user, meaning the number of times the average user opens the app per day, have declined. From the period of January – August 2018 to the same period in 2019 (January – August 2019), sessions declined 10.8%, from 4.5 to 4.1.

The open rate, meaning the percentage of the Tinder install base that opens the app on a daily basis, also declined 5.9% during this time, going from 28% to 22.1%.

These sort of metrics are hidden behind what would otherwise appear to be steady growth. Tinder’s daily active users, for example, grew 3.1% year-over-year, from 1.114 million to 1.149 million. And its install penetration on Android devices grew by 1%, the firm found (see below).

Drops in user engagement are worth tracking, given the potential revenue impact.

Spending was down 8.8%, from $260 million in Q1 to $237 million in Q2, the firm says. This was largely before Tinder shifted in-app spending out of Google Play, which was in late Q2 to early Q3. Tinder revenue was still solidly up 46% year-over-year, the company itself reported in Q2, due to things like pricing changes, product optimizations, better “Tinder Gold” merchandising and more.

There are many reasons as to why users could be less engaged with Tinder’s app. Maybe they’re just not having as much fun — something “Swipe Night” could help to address. Sensor Tower also noted that negative sentiment in Tinder’s user ratings on the U.S. App Store was at 79% last quarter, up from 68% in Q2 2018. That’s a number you don’t want to see climbing.

Of course, all these figures are estimates from third-parties, not directly reported — so take them with the proverbial grain of salt. But they help paint a picture as to why Tinder may want to try some weird, experimental “mini-series”-styled event like this.

It wouldn’t be the first gimmick that Tinder used to boost engagement, either. It also recently launched engagement boosters like Spring Break mode and Festival mode, for example. But this would be the most expensive to produce and far more demanding, from a technical standpoint. 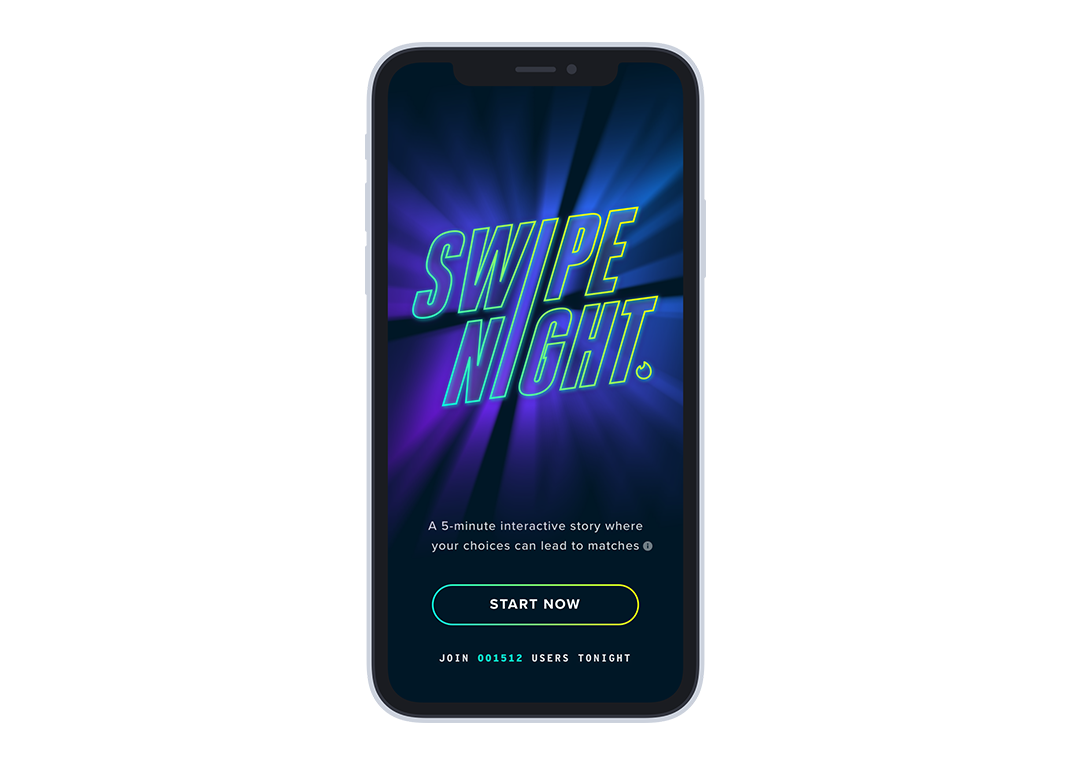 In “Swipe Night,” Tinder users will participate by launching the app on Sundays in October, anytime from 6 PM to midnight. The five-minute story will follow a group of friends in an “apocalyptic adventure,” where users will face both moral dilemmas and practical choices.

You’ll have seven seconds to make a decision and proceed with the narrative, Tinder says. These decisions will then be added to your user profile, so people can see what decisions others made at those same points. You’ll make your choice using the swipe mechanism, hence the series’ name.

Every Sunday, a new part of the series will arrive. Tinder shot more than two hours’ worth of video for the effort, but you’ll only see the portions relevant to your own choices. 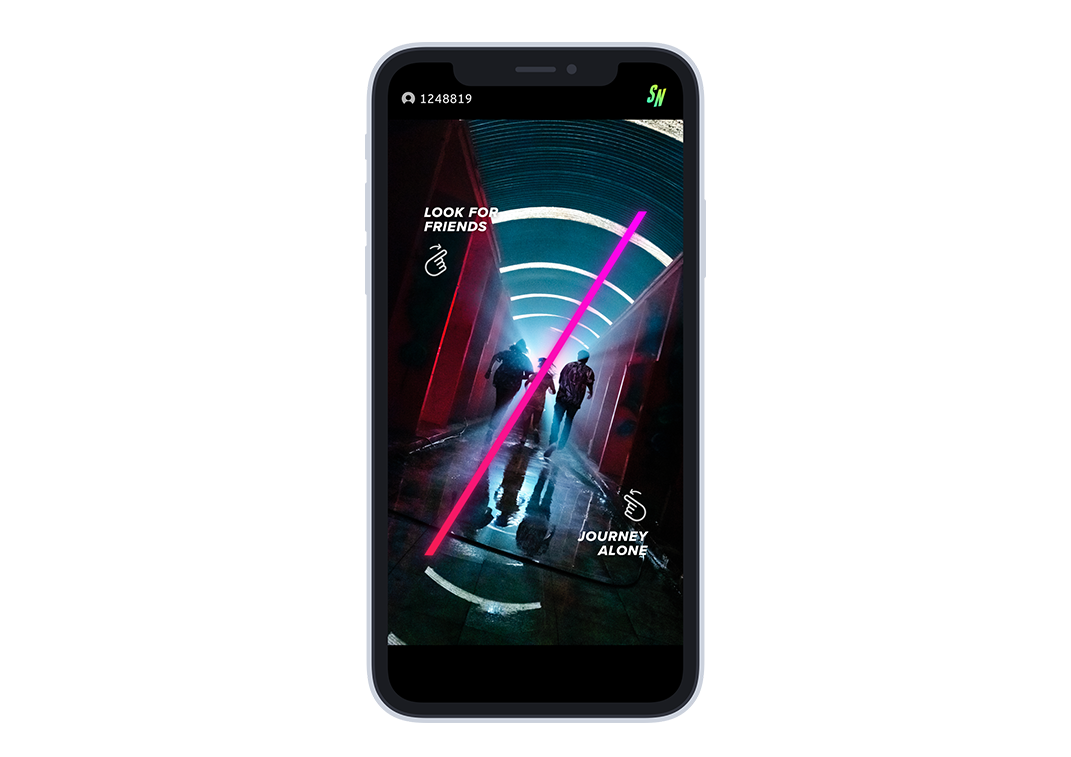 Tinder touts the event as a new way to match users and encourage conversations.

“More than half of Tinder members are Gen Z, and we want to meet the needs of our ever-evolving community. We know Gen Z speaks in content, so we intentionally built an experience that is native to how they interact,” said Ravi Mehta, Tinder’s chief product officer. “Dating is all about connection and conversation, and Swipe Night felt like a way to take that to the next level. Our hope is that it will encourage new, organic conversations based on a shared content experience,” he said.

How someone chooses to play through a game doesn’t necessarily translate into some sort of criteria as to whether they’d be a good match, however. Which is why it’s concerning that Tinder plans to feed this data to its algorithm, according to Variety.

At best, a series like this could give you something to talk about — but it’s probably not as much fun as chatting about a shared interest in a popular TV show or movie.

Variety also said the company is considering whether to air the series on another streaming platform in the future.

Tinder declined to say if it plans to launch more of these experiences over time.

Despite the user engagement drop, which crazy stunts like “Swipe Night” could quickly — if temporarily — correct, the dating app doesn’t have much to worry about at this time. Tinder still accounts for the majority of spending (59%) in the top 10 dating apps globally as of last quarter, Sensor Tower noted. This has not changed significantly from Q2 2018, when Tinder accounted for 60% of spending in the top 10 dating apps, it said.