Netflix’s early experiments with interactive content may not have always hit the mark. Its flagship effort on this front, “Black Mirror: Bandersnatch,” was a frustrating experiment — and now, the subject of a lawsuit. But the industry has woken up to the potential of personalized programming. Not only is Netflix pursuing more interactive content, including perhaps a rom-com, others are following suit with interactive offerings of their own, including Amazon, Google — and now, it seems — Walmart and the BBC.

A couple of months ago, Amazon’s e-book division Audible launched professionally performed audio stories for Alexa devices in order to test whether voice-controlled choose-your-own-adventure style narratives would work on smart speakers, like the Amazon Echo.

YouTube is also developing interactive programming and live specials, including its own choose-your-own-adventure-style shows.

Now, according to a new report from Bloomberg, Walmart is placing its own bet on interactive media — but with an advertising-focused twist. Through its investment in interactive media company Eko, Walmart will debut several new shows for its streaming service Vudu that feature “shoppable” advertisements. That is, instead of just seeing an ad for a product that Walmart carries, customers will be able to buy the products seen in the shows, too.

Bloomberg’s report is light on details — more is expected at Walmart’s NewFronts announcement this week — but Eko has already developed ads tied to interactive TV where the ad that plays matches the emotion of the viewer/participant, based on their choices within the branching narrative. It also created ads that viewers click their way through, seeing different versions of the ad’s story with each click.

And today, the BBC announced it’s venturing into interactive content for the first time, too. 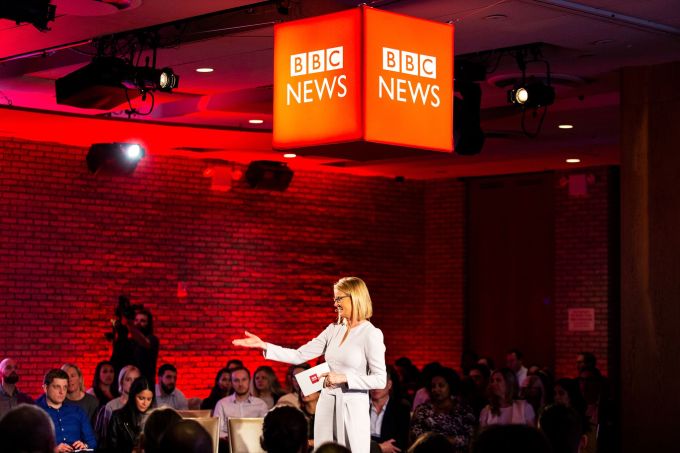 As part of its NewFronts announcements, the broadcaster unveiled its plans for interactive news programming within its technology news show “Click.”

For the show’s 1,000th episode airing later this year, it will introduce a full-length branching narrative episode, where the experience is personalized and localized to individual viewers. Unlike choose-your-own-adventure style programs that present only a few options, viewers will also answer questions at the beginning of the show to tailor their experience.

Part of the focus will be on presenting different versions of the program based on the viewer’s own technical knowledge, the BBC said.

A team of a dozen coders is currently building the episode, so the broadcaster can’t yet confirm how many different variations will be available in the end, or what topics will be featured on the episode. However, one topic being considered is lab-grown meat, we’re told.

This collective rush to interactive, personalized programming may lead some to believe this is indeed the next big thing in media and entertainment. But the reality is that these shows are costly to produce and difficult to scale compared with traditional programming. Plus, viewer reaction has been mixed so far.

Some may decide further experiments aren’t worth pursuing if they don’t produce a bump in viewership, subscriber numbers or advertiser click-throughs — depending on which metric they care about.

In the meantime, though, it will be interesting to see these different approaches to interactive content make their debut.