The phrase “pull yourself up by your own bootstraps” was originally meant sarcastically.

It’s not actually physically possible to do — especially while wearing Allbirds and having just fallen off a Bird scooter in downtown San Francisco, but I should get to my point.

This week, Ken Cuccinelli, the acting Director of the United States Citizenship and Immigrant Services Office, repeatedly referred to the notion of bootstraps in announcing shifts in immigration policy, even going so far as to change the words to Emma Lazarus’s famous poem “The New Colossus:” no longer “give me your tired, your poor, your huddled masses yearning to breathe free,” but “give me your tired and your poor who can stand on their own two feet, and who will not become a public charge.”

We’ve come to expect “alternative facts” from this administration, but who could have foreseen alternative poems?

Still, the concept of ‘bootstrapping’ is far from limited to the rhetorical territory of the welfare state and social safety net. It’s also a favorite term of art in Silicon Valley tech and venture capital circles: see for example this excellent (and scary) recent piece by my editor Danny Crichton, in which young VC firms attempt to overcome a lack of the startup capital that is essential to their business model by creating, as perhaps an even more essential feature of their model, impossible working conditions for most everyone involved. Often with predictably disastrous results.

It is in this context of unrealistic expectations about people’s labor, that I want to introduce my most recent interviewee in this series of in-depth conversations about ethics and technology.

Mary L. Gray is a Fellow at Harvard University’s Berkman Klein Center for Internet and Society and a Senior Researcher at Microsoft Research. One of the world’s leading experts in the emerging field of ethics in AI, Mary is also an anthropologist who maintains a faculty position at Indiana University. With her co-author Siddharth Suri (a computer scientist), Gray coined the term “ghost work,” as in the title of their extraordinarily important 2019 book, Ghost Work: How to Stop Silicon Valley from Building a New Global Underclass. 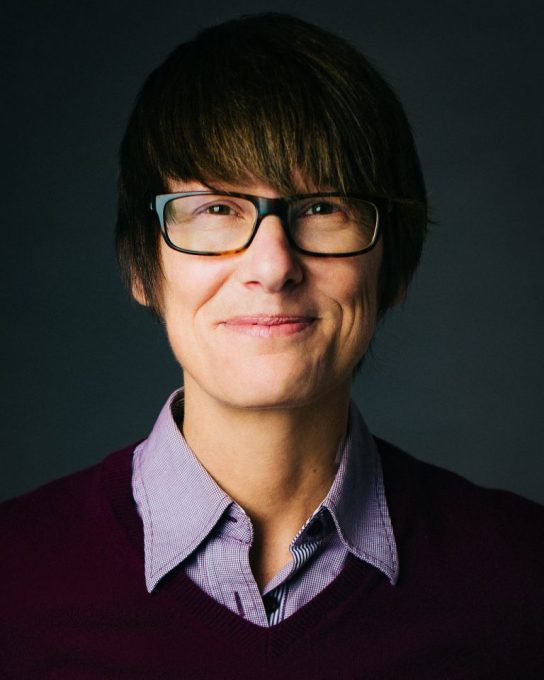 Ghost Work is a name for a rising new category of employment that involves people scheduling, managing, shipping, billing, etc. “through some combination of an application programming interface, APIs, the internet and maybe a sprinkle of artificial intelligence,” Gray told me earlier this summer. But what really distinguishes ghost work (and makes Mary’s scholarship around it so important) is the way it is presented and sold to the end consumer as artificial intelligence and the magic of computation.

In other words, just as we have long enjoyed telling ourselves that it’s possible to hoist ourselves up in life without help from anyone else (I like to think anyone who talks seriously about “bootstrapping” should be legally required to rephrase as “raising oneself from infancy”), we now attempt to convince ourselves and others that it’s possible, at scale, to get computers and robots to do work that only humans can actually do.

Ghost Work’s purpose, as I understand it, is to elevate the value of what the computers are doing (a minority of the work) and make us forget, as much as possible, about the actual messy human beings contributing to the services we use. Well, except for the founders, and maybe the occasional COO.

Facebook now has far more employees than Harvard has students, but many of us still talk about it as if it were little more than Mark Zuckerberg, Cheryl Sandberg, and a bunch of circuit boards.

But if working people are supposed to be ghosts, then when they speak up or otherwise make themselves visible, they are “haunting” us. And maybe it can be haunting to be reminded that you didn’t “bootstrap” yourself to billions or even to hundreds of thousands of dollars of net worth.

Sure, you worked hard. Sure, your circumstances may well have stunk. Most people’s do.

But none of us rise without help, without cooperation, without goodwill, both from those who look and think like us and those who do not. Not to mention dumb luck, even if only our incredible good fortune of being born with a relatively healthy mind and body, in a position to learn and grow, here on this planet, fourteen billion years or so after the Big Bang.

I’ll now turn to the conversation I recently had with Gray, which turned out to be surprisingly more hopeful than perhaps this introduction has made it seem.

Greg Epstein: One of the most central and least understood features of ghost work is the way it revolves around people constantly making themselves available to do it.

Mary Gray: Yes, [What Siddarth Suri and I call ghost work] values having a supply of people available, literally on demand. Their contributions are collective contributions.

It’s not one person you’re hiring to take you to the airport every day, or to confirm the identity of the driver, or to clean that data set. Unless we’re valuing that availability of a person, to participate in the moment of need, it can quickly slip into ghost work conditions.