Smartphones have gotten more expensive over the last few years even though there have only been a handful of recent innovations that really changed the way you interact with the phone. It’s maybe no surprise then that there is suddenly a lot more interest in mid-range, sub-$500 phones again. In the U.S., Google’s new Pixel 3a, with its superb camera, is bringing a lot of credibility to this segment. Outside the U.S., though, you can often get a flagship phone for less than $500 that makes none of the trade-offs typically associated with a mid-range phone. So when Meizu asked me to take a look at its new 16s flagship, which features (almost) everything you’d expect from a high-end Android phone, I couldn’t resist.

Meizu, of course, is essentially a total unknown in the U.S., even though it has a sizable global presence elsewhere. After a week with its latest flagship, which features Qualcomm’s latest Snapdragon 855 chip and under-screen fingerprint scanner, I’ve come away impressed by what the company delivers, especially given the price point. In the U.S. market, the $399 Pixel 3a may seem like a good deal, but that’s because a lot of brands like Meizu, Xiaomi, Huawei and others have been shut out. 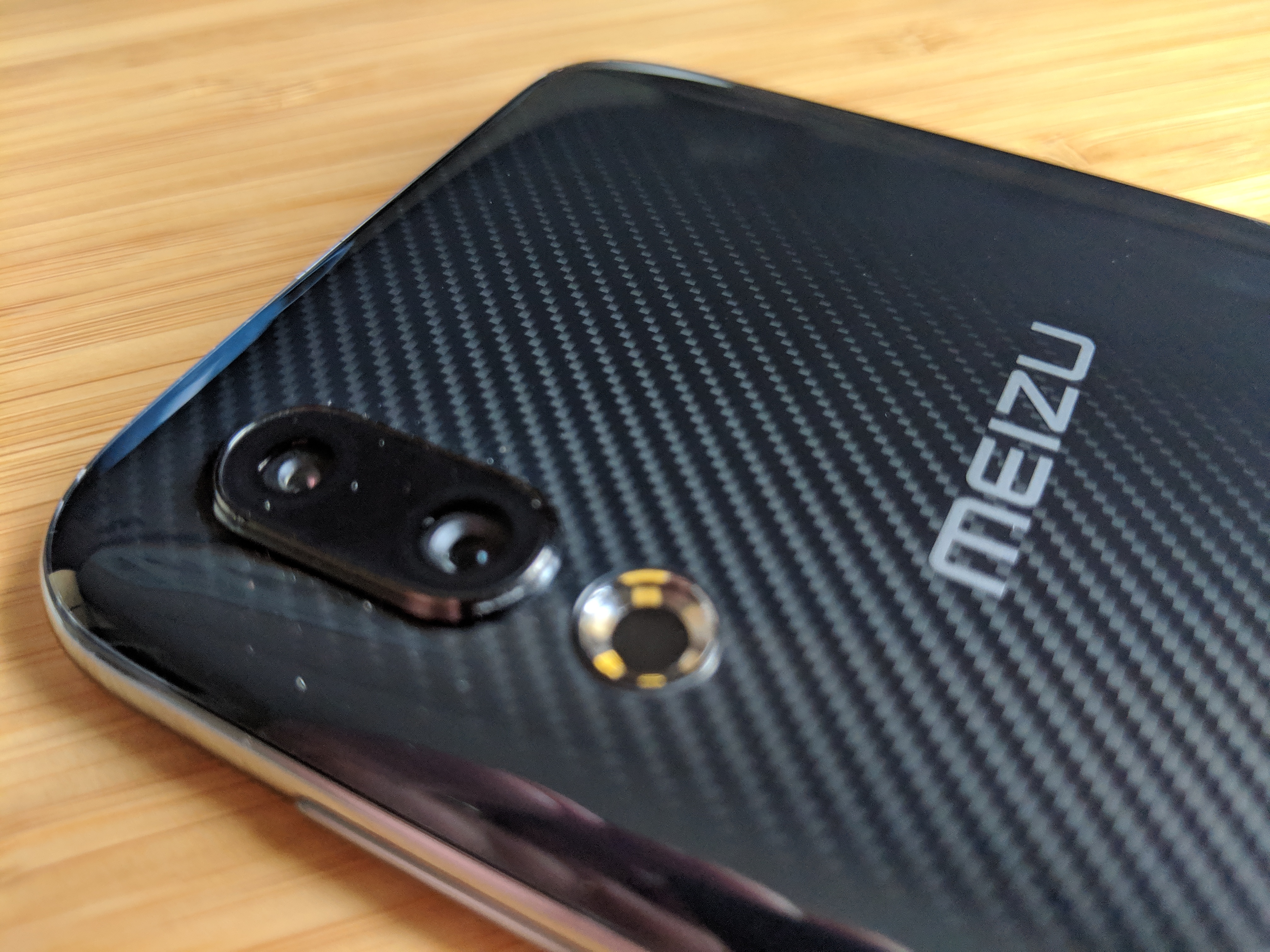 It’s odd that this is now a differentiating feature, but the first thing you’ll notice when you get started is the notchless screen. The dual-sim 16s must have one of the smallest selfie cameras currently on the market, and the actual bezels, especially when compared to something like the Pixel 3a, are minimal. That trade-off works for me. I’ll take a tiny bezel over a notch any day. The 6.2-inch AMOLED screen, which is protected by Gorilla Glass, is crisp and bright, though maybe a bit more saturated than necessary.

The in-display fingerprint reader works just fine, though it’s a bit more finicky that the dedicated readers I’ve used in the past.

With its 855 chip and 6GB of RAM, it’s no surprise the phone feels snappy. To be honest, that’s true for every phone, though, even in the mid-range. Unless you are a gamer, it’s really hard to push any modern phone to its limits. The real test is how this speed holds up over time, and that’s not something we can judge right now. 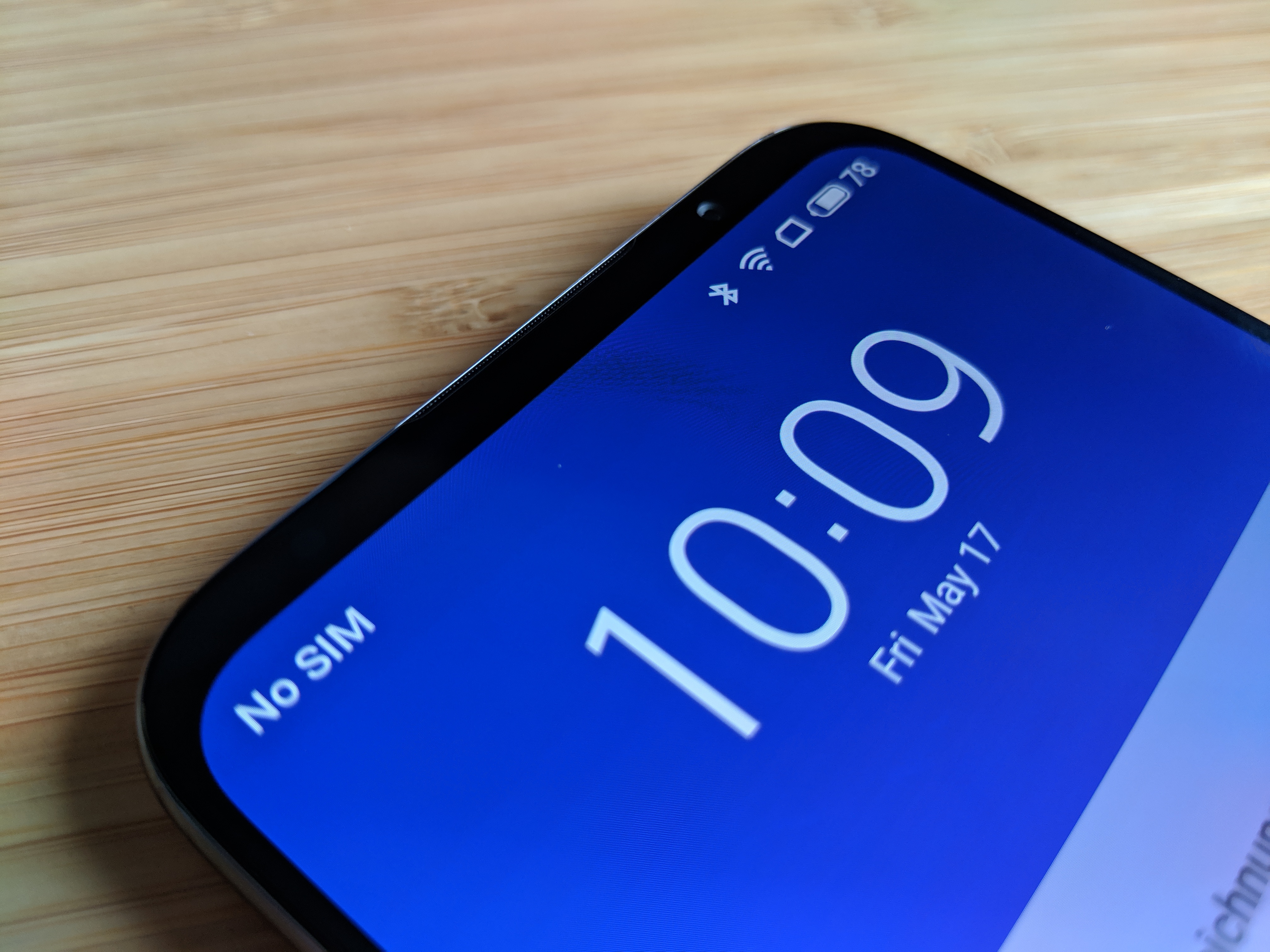 The overall build quality is excellent, yet while the plastic back is very pretty, it’s also a) weird to see a plastic back to begin with and b) slippery enough to just glide over your desk and drop on the floor if it’s at even a slight angle.

Meizu’s Flyme skin does the job, and adds some useful features like a built-in screen recorder. I’m partial to Google’s Pixel launcher, and a Flyme feels a bit limited in comparison to that and other third-party launchers. There is no app drawer, for example, so all of your apps have to live on the home screen. Personally, I went to the Microsoft Launcher pretty quickly, since that’s closer to the ecosystem I live in anyway. Being able to do that is one of the advantages of Android, after all.

Meizu also offers a number of proprietary gesture controls that replace the standard Android buttons. These may or may not work for you, depending on how you feel about gesture-based interfaces.

I haven’t done any formal battery tests, but the battery easily lasted me through a day of regular usage.

These days, though, phones are really about the cameras. Meizu opted for Sony’s latest 48-megapixel sensor here for its main camera and a 20-megapixel sensor for its telephoto lens that provides up to 3x optical zoom. The camera features optical image stabilization, which, when combined with the software stabilization, makes it easier to take low-light pictures and record shake-free video (though 4K video does not feature Meizu’s anti-shake system).

While you can set the camera to actually produce a 48-megapixel image, the standard setting combines four pixels’ worth of light into a single pixel. That makes for a better image, though you do have the option to go for the full 48 megapixels if you really want to. The camera’s daytime performance is very good, though maybe not quite up to par with some other flagship phones. It really shines when the light dims, though. At night, the camera is highly competitive and Meizu knows that, so the company even added two distinct night modes: one for handheld shooting and one for when you set the phone down or use a tripod. There is also a pro mode with manual controls.

Otherwise, the camera app provides all the usual portrait mode features you’d expect today. The 2x zoom works great, but at 3x, everything starts feeling a bit artificial and slightly washed out. It’ll do in a pinch, but you’re better off getting closer to your subject.

In looking at these features, it’s worth remembering the phone’s price. You’re not making a lot of trade-offs at less than $500, and it’d be nice to see more phones of this caliber on sale in the U.S. Right now, it looks like the OnePlus 7 Pro at $669 is your best bet if you are in the U.S. and looking for a flagship phone without the flagship price.

OnePlus redefines premium with the 7 Pro