The company introduced “Game for Peace” in a Weibo post at the same time as PUBG — which stands for Player Unknown Battlegrounds — was delisted from China. The title had been in wide testing but without revenue, and now it seems Tencent gave up on securing a license to monetize the title.

In its place, Game for Peace is very much the type of game that will pass the demands of China’s game censorship body. Last month, the country’s State Administration of Press and Publication released a series of demands for new titles, including bans on corpses and blood, references of imperial history and gambling. The new Tencent title bears a striking resemblance to PUBG, but there are no dead bodies, while it plays up to a nationalist theme with a focus on China’s air force — or, per the Weibo message, “the blue sky warriors that guard our country’s airspace” — and their battle against terrorists.

Game for Peace was developed by Krafton, the Korea-based publisher formerly known as BlueHole which made PUBG. Beyond visual similarities, Reuters reported that the games are twinned since some player found that their progress and achievements on PUBG had transferred over to the new game.

Tencent representatives declined to comment on the new game or the end of PUBG’s “beta testing” period in China when contacted by TechCrunch. But a company rep apparently told Reuters that “they are very different genres of games.” 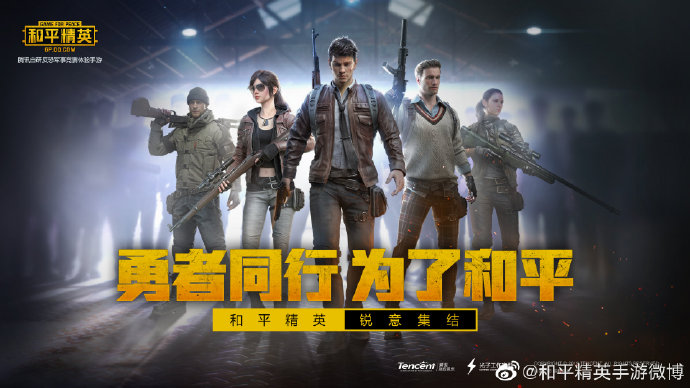 Tencent’s new “Game for Peace” title is almost exactly the same as its popular PUBG game, which it is replacing [Image via Weibo]

Fortnite may have grabbed the attention for its explosive growth — we previously reported that the game helped publisher Epic Games bank a profit of $3 billion last year — but PUBG has more quietly become a fixture among mobile gamers, particularly in Asia.

At the end of last year, Krafton told The Verge that it was past 200 million registered gamers, with 30 million players each day. According to app analytics company Sensor Tower, PUBG grossed more than $65 million from mobile players in March thanks to 83 percent growth, which saw it even beat Fortnite. There is also a desktop version. 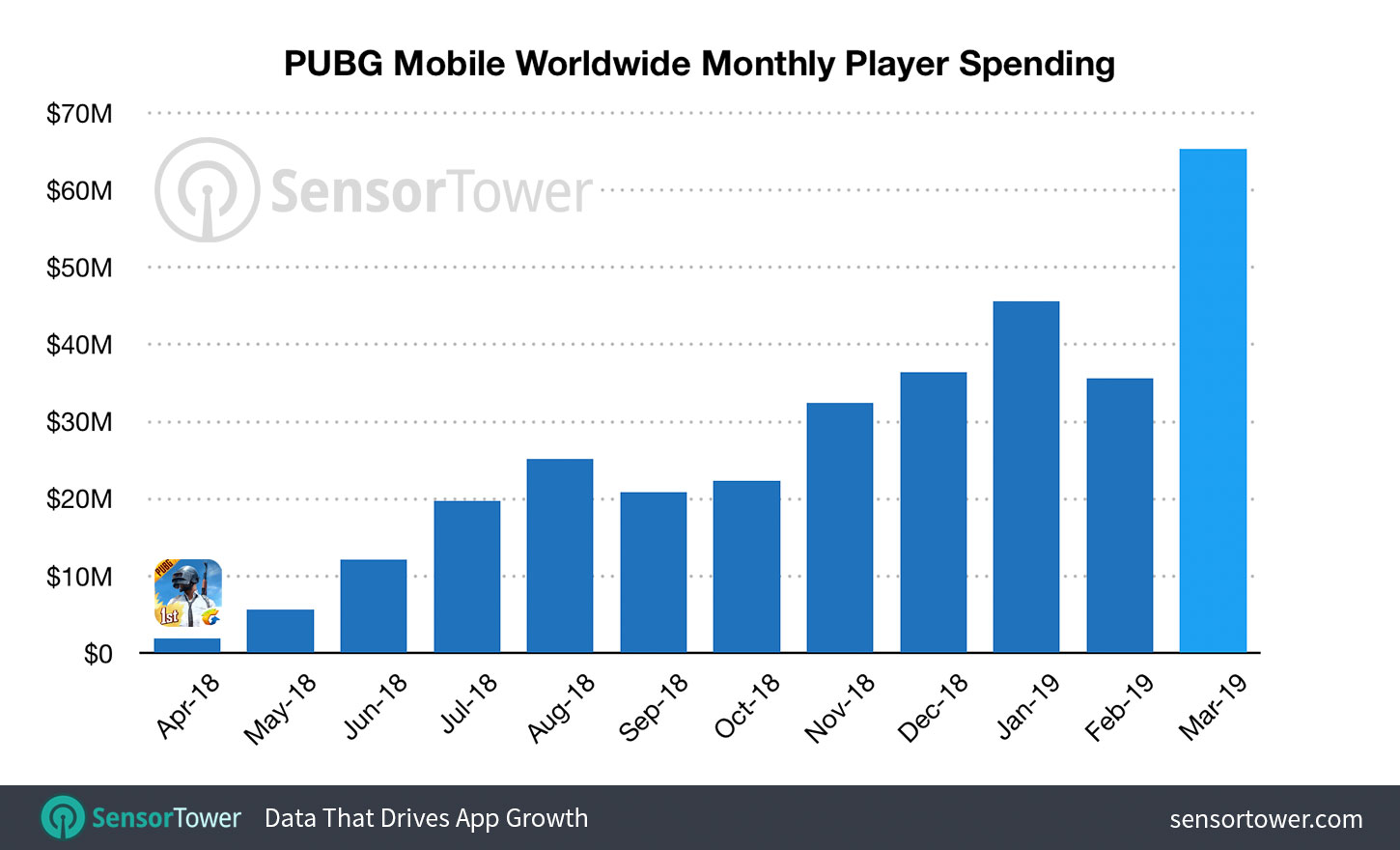 PUBG made more money than Fortnite on mobile in March 2019, according to data from Sensor Tower

That is really the point of Tencent’s switcheroo: to make money.

The company suffered at the hands of China’s gaming license freeze last year, and a regulatory-compliant title like Game for Peace has a good shot at getting the green light for monetization — through the sale of virtual items and seasonal memberships.

Indeed, analysts at China Renaissance believe the new title could rake in as much as $1.5 billion in annual revenue, according to the Reuters report. That’s a lot to get excited about and resuscitating gaming will be an important part of Tencent’s strategy this year — which has already seen it restructure its business to focus emerging units like cloud computing, and pledge to use its technology to “do good.”