Lots of news has surfaced from China’s gaming industry in recent weeks as the government hastens to approve a massive backlog of titles in the world’s largest market for video games.

On April 10th, the country’s State Administration of Press and Publication, the freshly minted gaming authority born from a months-long reshuffle last year that led to an approval blackout, held a gaming conference and enshrined a new set of guidelines for publication that are set to move some to joy and others to sorrow. TechCrunch confirmed with an attendee present at the conference and a source close to the SAPP that the event took place.

On April 22, China finally resumed the approval process to license new games for monetization. Licensing got back on track in December, but Reuters reported in February that the government stopped accepting new submissions due to a mounting pile of applications.

The bad news: The number of games allowed onto the market annually will be capped, and some genres of games will no longer be eligible, according to information communicated at the gaming conference. Mahjong and poker games are taken off the approval list following a wave of earlier government crackdowns over concerns that such titles may channel illegal gambling. These digital forms of traditional leisure activities are immensely popular for studios because they are relatively cheap to make and bear lucrative fruit. According to video game researcher Niko Partners, 37 percent of the 8,561 games approved in 2017 were poker and mahjong titles.

While the new rule is set to wipe out hundreds of small developers focused on the genre, it may only have a limited impact on the entrenched players as the restriction applies only to new applicants.

“It won’t affect us much because we are early to the market and have accumulated a big collection of licenses,” a marketing manager at one of China’s biggest online poker and mahjong games publishers told TechCrunch.

China will also stop approving certain games inspired by its imperial past, including “gongdou,” which directly translates to harem scheming, as well as “guandou,” the word for palace official competition. The life inside palaces has inspired blockbuster TV series such as the Story of Yanxi Palace, an in-house production from China’s Netflix equivalent iQiyi. But these plots also touch a nerve with Chinese officials who worry about “obscene contents and the risk of political metaphors,” Daniel Ahmad, senior analyst at Nikos Partners, suggested to TechCrunch. 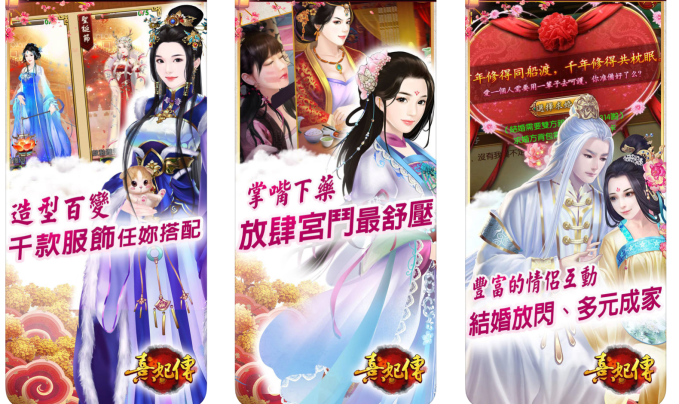 Games that contain images of corpses and blood will also be rejected. Developers previously modified blood color to green to circumvent restrictions, but the renewed guidelines have effectively ruled out any color variations of blood.

That may only work out for companies armed with sufficient developing capabilities and resources to counter new policies. For instance, Tencent was quick to implement an anti-addiction system for underage users before the practice became an industry-wide norm as of late.

“Many smaller publishers will have a harder time under this new set of regulations, which will require them to spend extra time and money to ensure games are up to code,” suggested Ahmad. “We’ve already seen that many smaller publishers were unable to survive the temporary game license approval freeze last year and we expect to see further consolidation of the market this year.”

China has over the past year taken aim at the gaming industry over concerns related to gaming addiction among minors and illegal content, such as those that promote violence or deviate from the government’s ideologies. To enforce the growing list of requirements, an Online Game Ethics Committee launched in December under the guidance of the Publicity Department of the Chinese Communist Party to help the new gaming regulator in vetting title submissions.

More than 1,000 games have been approved since China ended the gaming freeze in December, though Tencent, the dominant player in the market, has yet to receive the coveted license required for monetizing its hugely popular mobile title PlayerUnknown’s Battlegrounds.

Uncertain waters in the gaming industry have wiped billions of dollars off the giant’s market cap and prompted it to initiate a bigger push in such non-game segments as cloud computing and financial technologies. NetEase, the runner-up in China’s gaming market, reacted by trimming its staff to cut costs.

The article was updated to correct the date for the gaming conference and clarify that the new guidelines were announced at the conference.