A surprise addition to this year’s NewFronts, first-time participant Target today announced its plans to rebrand its media network formerly known as “Target Media Network” to be called “Roundel.” The goal with the repositioning is to better communicate to clients that its focus goes beyond display ads on Target.com. Instead, Roundel will create campaigns and content for its clients, which include brands and agencies — including brands that aren’t sold in Target’s stores — and deliver them either to Target’s own website or to “brand-safe” external channels like Pinterest, PopSugar and NBCUniversal.

To date, Target’s pitch has been that its data on consumers and their habits can help it create better campaigns and content for interested brands. Target Media Network had already been working with national advertisers, including those who didn’t sell products in Target, ahead of this rebranding. But the prior name limited its potential, the retailer believed.

AdWeek (paywalled) had the exclusive on Roundel’s launch. Target has now shared the details on its own website, as well.

According to AdWeek, Target wanted to announce Roundel at the NewFronts because it wasn’t only going to focus on display ads — it would also involve social, video and linear TV. 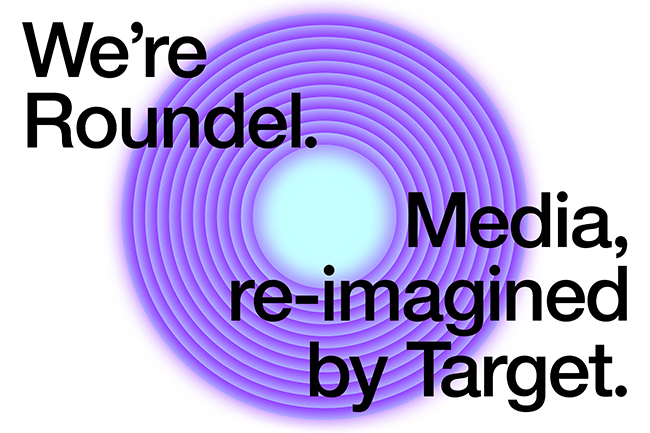 Roundel will leverage Target’s shopper insights to create personalized ad campaigns that can run on Target.com or elsewhere across 150 brand-safe channels, like Pinterest, PopSugar, NBCU and others. These channels may also be web, mobile or social sites, Target notes.

The advertisers don’t have to currently sell products at Target to work with Roundel. Other brands — like financial services, automotive and travel businesses — can also leverage Roundel’s offerings.

Contrary to rumors ahead of the event, however, Target doesn’t have plans to invest in original content like its rivals Walmart (Vudu) and Amazon (Prime Video).

The launch comes at a time when retailers are getting more directly involved in advertising both on their websites and through other media that goes beyond basic display ads. Amazon, for example, is now running a live-streamed QVC-like video network on Amazon.com called Amazon Live. It also has been building out a large and growing ad business that spans it properties, including Amazon.com, IMDb and Amazon Video, and is talking to clients about other ad types, including video.

Target had kept its plans well under wraps ahead of today’s event. But it wasn’t the only retailer catering to the advertisers at this week’s Digital Content NewFronts.

Yesterday, Walmart introduced a new video ad network, the Vudu Audience Extension network, which it claims will reach half of U.S. households, as well as its plans for interactive video and “shoppable” shows, and new original content. It has also been building out its advertising business and increasing its outreach to agencies to talk about new ad formats like video.

Target didn’t follow the usual course for these sorts of presentations. Its event was hosted in a unique environment, with little seating, pop-up talks in different spots and was bathed in red light.

I'm at Target's newfront now, and this setup is dif-fer-rent pic.twitter.com/lz99epxiwm

For some unknown reason, Target has decided to host its Newfront in da club, authentic in its red neon lighting and a dearth of seating pic.twitter.com/Uazr0qKDhE