This confirms a Bloomberg report that Walmart plans to debut several interactive new shows produced with Eko, along with shoppable ads.

We’d hoped that the company would take advantage of its NewFronts event for advertisers today to reveal more details about these plans, but Vudu Senior Director Julian Franco simply confirmed that the service will be “rolling out interactive content” later this year.

He then rolled a brief clip of what looked like a variety of scripted programs (I caught a glimpse of “Saturday Night Live” star Beck Bennett), while the voiceover declared, “You don’t just watch Eko stories, you control them.”

The video also said the content will cover a variety of genres, including comedy, drama and thrillers. 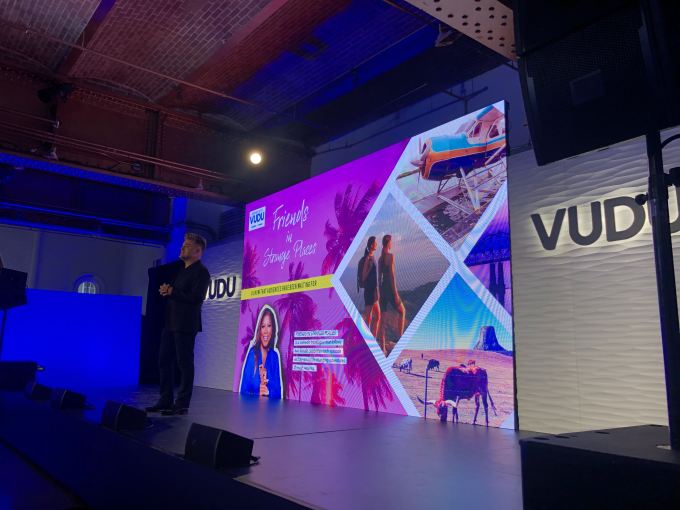 Franco had more details to share when it came to Vudu’s plans for non-interactive, original content. He announced that the service is producing (in partnership with eOne and Bell Canada) “Albedo,” a science fiction detective series from “Rampage” director Brad Peyton that will premiere next year, and will mark “Lost” star Evangeline Lilly’s return to TV. In addition, the first three episodes of Nickelodeon’s remake “Blues Clues & You” will premiere on Vudu before they air on linear TV.

Also in the works are unscripted shows like “Turning Point with Randy Jackson” and “Friends in Strange Places,” a travel show with Queen Latifah.

In total, the service will be premiering around a dozen original movies and TV shows later this year, Franco said. It might seem tough for Vudu to stand out in the crowded landscape of streaming companies spending big bucks on original content, but he argued that it will be differentiated by a focus on creating content for kids, for their parents and for entire families to watch together.

“We’re not just going to be programming for Williamsburg and Silver Lake,” he said. 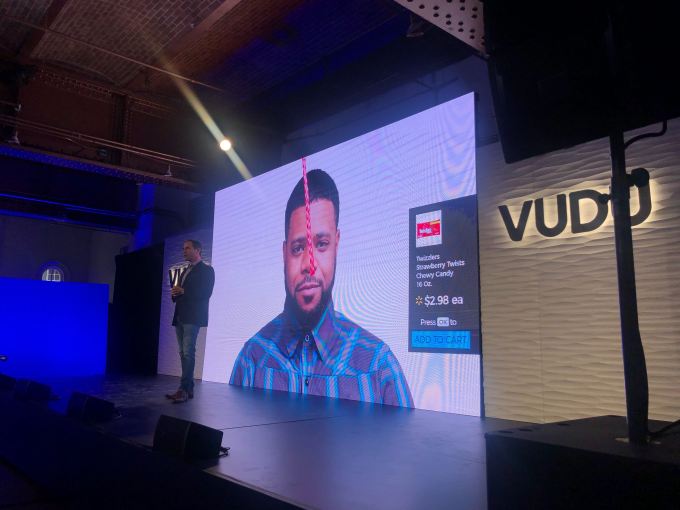 As for those shoppable ads, Vudu Chief Operating Officer and Head of Product Scott Blanksteen said the service is already testing them. These are ads that allow you to purchase the featured products through a pop-up window. He added that these ads are dynamic, changing based on viewer preferences.

Blanksteen also announced Vudu Audience Extension, an ad network that will allow advertisers to buy campaigns through Vudu that will also run on other streaming media services.

“The future of TV looks a lot like the TV of the past — ad-supported, premium content that brings people together,” he said.

Interactive content is coming to Walmart’s Vudu & the BBC