More than three years after Facebook released one of the biggest gambles in its existence, a virtual reality headset it paid billions to launch as its own, the company has grown more embattled, but its moonshot VR flagship has grown safer.

Facebook’s sequel to the Oculus Rift is not the Rift 2, it is the Rift S. Just as the iPhone naming scheme denotes the tock to a tick rather than a full revolution, the latest product is a hardware update, albeit a pretty minor one; more of a 1.2 than a 2.0.

It wasn’t always going to be this way — the company’s founding CEO had other plans. But the Rift S represented a way for Facebook to push the accessibility of its most high-end headset and likely the profit margins of the cheaper-feeling headset, which does cost $399 versus the original Rift’s $349 price tag, a number that danced and dwindled its way down from a Rift + Touch launch price of $798 at the end of 2016.

The hardware design isn’t really the story that Facebook and Oculus are pushing with the Rift S. The hardware is a product of sacrifices that give the entire headset a lower-end feeling than the Quest or Go. It was largely built by Lenovo after all; as such, this release is mostly about the software advancements.

The built-in “Insight” tracking is the highlight and lowlight of the release. It’s undoubtably a downgrade from the full capabilities of its predecessor — while the headset tracks itself very well, I would frequently lose tracking on the controllers on the cameras’ peripheral — but it also makes the system considerably easier to set up and maintain. Gone are the external sensors and their damn driver updates, gone are the constant needs for recalibration when a tracker was bumped out of place — this is a headset that learns from your space.

The external sensor system on the original Rift required three spaced-out sensors in order to fully capture the total range of body motion. The headset only came with two sensors, which minimized these capabilities and forced game developers to build titles that would constantly lead users to reorient themselves toward the sensors. No such reorienting is needed with the Rift S, which brings the tracking cameras into the headset itself.

Features like the updated “Guardian” boundary setup and the passthrough camera that activates once you leave the safe space showcase some of the key learnings of the past few years and some of the added benefits of the onboard tracking. All of this feels very natural and mature.

While the headset’s onboard tracking feels great, the experience for controller tracking is more hit-or-miss. Common in-game motions like examining an object and turning the top of the controller away from you can lead to briefly obscuring the tracking rings and thus temporarily losing tracking. It always seems to recover, but there are moments in games where you are being chased and need to shoot behind you or grab something off-screen while maintaining focus on an object. These are moments where you see some shortsightedness in Oculus’s choice.

My first impressions of the Rift S were less than stellar, but after getting it in my home for some lengthy VR sessions, I’ve warmed up to it a little bit. It still doesn’t feel like a proper upgrade to a flagship headset that’s already three years old, but it is a more fine-tuned system that feels more evolved and dependable. There are still certainly some things I don’t like… 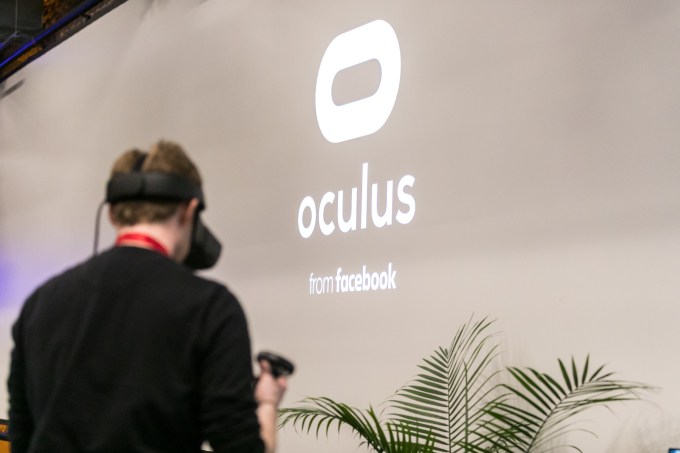 Things that are subpar:

Things that aren’t as subpar as I had feared:

It’s a headset that will offer more pleasant on-boarding and usage to new customers, but for what is supposed to be the industry’s leading high-end headset, Oculus has taken a small step back in performance.

For new customer looking for something more high-end than the Quest, the device still offers a lot of advantages. You’ll have some time to make a choice; pre-orders are live for the headset today, but it doesn’t ship until May 21.