The Oculus Rift S is a bit of an odd one. Three years after the Rift’s initial launch, Oculus has released a product that feels like a lateral move rather than a leap forward. It’s better in a few ways and worse in a few ways. After spending some time playing with it and spending a lot more time thinking about it, it’s not super clear to me why Oculus made it.

The best reason I can think of is that Facebook sees standalone VR as the area where it should be completely ignoring profits to achieve a mass audience, and PC VR users should essentially be subsidizing the broader market with hardware they actually make money off. Oculus seems to be wanting it both ways though, because they could have released a headset that pushed the limits and charged more for it, but they opted to launch a product that moved laterally and made sacrifices — but they still are charging more for it.

We reported that former Oculus CEO Brendan Iribe left his position as head of PC VR at Facebook partially over the frustration of this project being settled on, something he saw as representative of the company’s “race to the bottom,” a source told us in October.

I will say that the Rift S looks better in real life than it does on paper, but compared to the Oculus Quest and Oculus Go headsets, it still feels like Oculus is launching something below their own standards with the Rift S, and that their co-designer Lenovo ultimately made them a headset on-the-cheap that got the job done while lowering the build-of-materials costs. 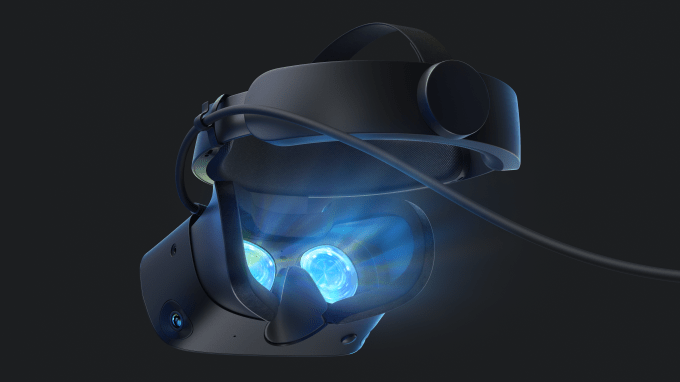 Well, what is there to like about the new headset?

The new Insight tracking is great, and while this headset basically feels like a minor upgrade to Lenovo’s Mixed Reality headset, the tracking is undoubtedly better than what is available on Microsoft’s two-camera reference layout. By comparison, the Rift S has five cameras, which seem to capture a much greater tracking volume, which really encapsulates all of those edge cases where the controllers are far out of sight.

This is a great system and while outside-in tracking is probably always going to be more accurate in certain situations, moving away from the old method was worth it in terms of making the setup process easier. On that note, the new passthrough mode, which you can use to set up your boundaries in the Guardian system, seems quite a bit easier to use.

On the note of displays, Oculus made some sacrifices here moving from OLED to LCD… and from 90hz to 80hz… and from dual adjustable panels to a single panel, but I was largely pleased with the clarity of the new, higher-res single display. This is an area that I’ll really need to dig more into with a full review, but there weren’t any apparent huge issues. 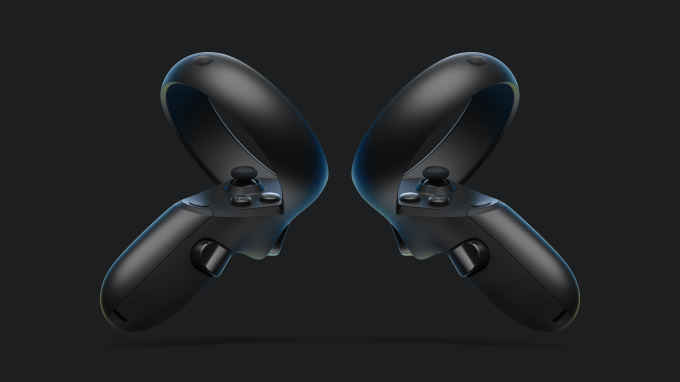 Otherwise, not a ton jumps out as a clear improvement.

The new “halo” ring strap system isn’t for me, comfort-wise, but I can imagine others will prefer the fit. Even so, it gives the headset a much more rickety build quality, which has taken an overall downgrade from the original Rift, in my opinion. Lenovo’s headsets have typically been bulkier and harder feeling than the softer-edged products from Google, Oculus and HTC; Lenovo’s VR design ethos is on full display here.

The removal of built-in headphones seems like the most outright poor decision with this release and, while the integrated speakers are serviceable, it’s clear you’ll want to add some wired headphones if you’re looking for a serious experience, which most PC VR users definitely are.

The new Touch controllers are fine; they’re the same as what will ship with the Oculus Quest. They have a different design that feels pretty familiar, but they feel smaller and a bit cheaper. The tracking ring has moved from around your knuckles to the top of the controller.

When it comes to gameplay — when the headset is on and you’re buried in an experience — most of these issues aren’t as apparent as when you consider them individually. The issue is that while the Quest and Go are miles better than any other products in their individual categories, this latest effort is just very mehh. It’s actually odd how much more high-quality the Oculus Quest feels than the Rift S when trying one after the other; it seems like it should be the other way around.

I’ll have to spend more time with the headset for a full review, of course, but on first approach the Rift S seems to be a misstep in Facebook’s otherwise stellar VR product line, even if the new Insight tracking system is a push forward in the hardware’s overall usability.