Apple announced today a further investment in its recycling programs and related e-waste efforts, which includes an expansion of its recycling program for consumers and the announcement of a new, 9,000-square-foot Material Recovery Lab based in Austin, Texas, focused on discovering future recycling processes. The company also reported the success of its existing efforts around recycling and refurbishing older Apple devices, and keeping electronic waste from landfills.

The expansion of the recycling program will quadruple the number of locations in the U.S. where consumers can send their iPhones to be disassembled by Daisy, the recycling robot Apple introduced last year — also just ahead of Earth Day.

The robot was developed in-house by Apple engineers, and is able to disassemble different types of iPhone models at a rate of 200 iPhones per hour.

Daisy can now disassemble and recycle used iPhones returned to Best Buy stores in the U.S. and KPN retailers in the Netherlands. Customers can also send in iPhones for recycling through the Apple Store or through Apple’s Trade In program online. 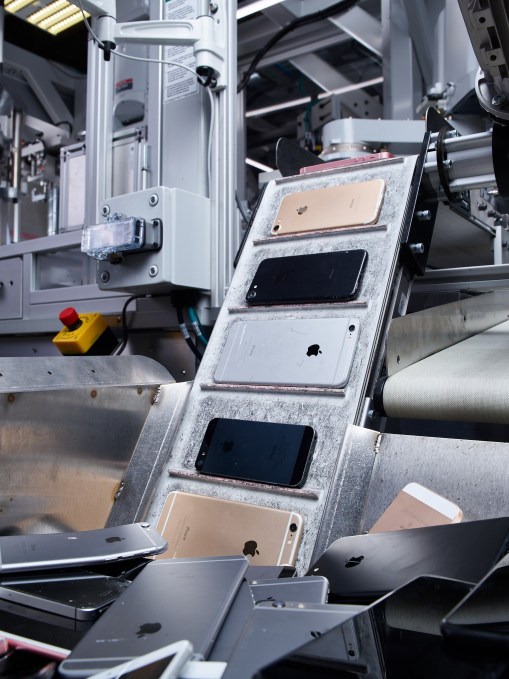 When Daisy was first introduced, it could disassemble nine iPhone models. Now it can handle 15. This allows Apple to recover parts for re-use. That includes iPhone batteries, which are now sent back upstream in Apple’s supply chain where they’re combined with scrap, allowing cobalt to be recovered for the first time.

It also in 2018 refurbished more than 7.8 million Apple devices for resale, and diverted more than 48,000 metric tons of electronic waste from landfills.

This year, aluminum recovered through Apple’s Trade In program will be remelted into the enclosures for the MacBook Air. 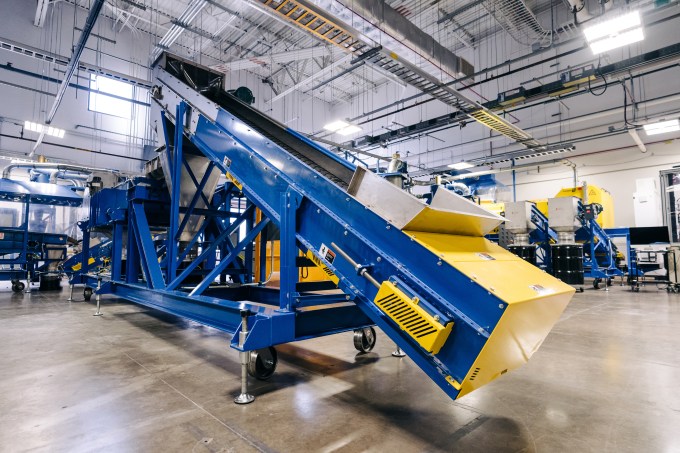 The company announced today another significant investment in its recycling efforts with the opening of a Material Recovery Lab in Austin, which will work with Apple engineers and academia on coming up with more solutions to recycling industry challenges. The lab also houses large equipment, typically found at e-waste facilities, to aid in this research (see above).

“Advanced recycling must become an important part of the electronics supply chain, and Apple is pioneering a new path to help push our industry forward,” said Lisa Jackson, Apple’s vice president of Environment, Policy and Social Initiatives, in a statement. “We work hard to design products that our customers can rely on for a long time. When it comes time to recycle them, we hope that the convenience and benefit of our programs will encourage everyone to bring in their old devices.”

Along with the news around recycling efforts, Apple also released its 2019 Environment report, which contains additional information on the company’s climate change solutions.

On Earth Day (April 22), Apple will host environmentally themed sessions at its stores and feature environmentally conscious apps and games on its App Store collections.