Meet Daisy. Apple’s latest recycling robot was revealed, not coincidentally, a few days before Earth Day, in a press announcement summing up the company’s recent environmental accomplishments. The new ‘bot is an update to Liam, the recycling robot the company announced back in 2016.

Daisy was developed in-house by Apple engineers, using some of Liam’s parts — a recycling of sorts. The industrial robot is able to disassemble nine different versions of the iPhone, sorting all of their reusable components in the process. In all, Daisy is capable of taking apart a full 200 iPhones in a given hour, proving a solid alternative to traditional methods that can destroy valuable components in the process. Any connection to HAL 3000, however, is surely coincidental.

Along with Daisy, Apple’s also using the occasion to announce GiveBack, an addition to its recycling program. For every device customers turn in or trade from now until April 30, the company will make a donation to Conservation International, a Virginia-based environmental nonprofit. Eligible devices will still qualify for an in-store or gift card credit. 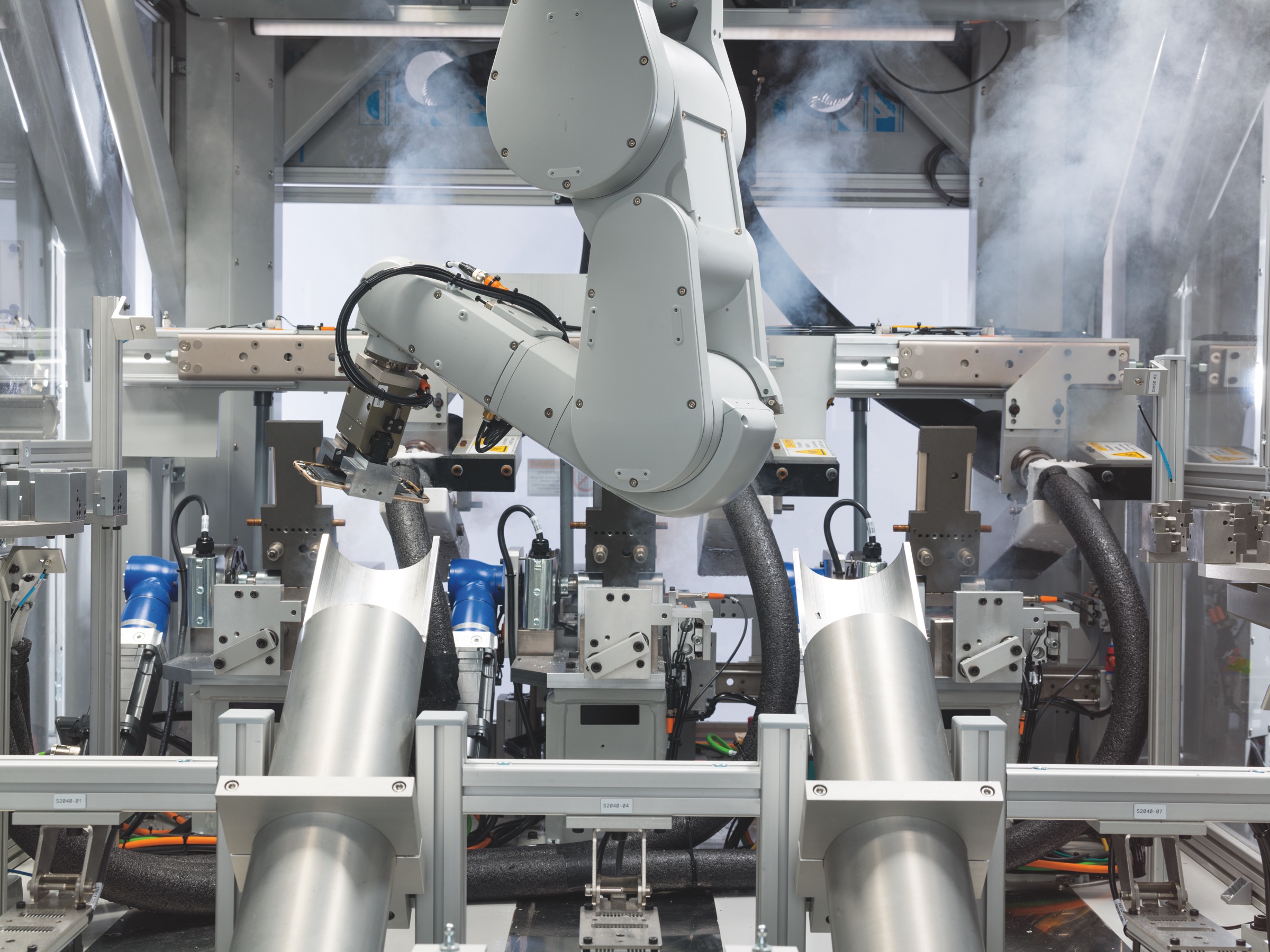 For good measure, there’s also a new Apple Watch challenge coming for Earth Day, encouraging people to get outside on Sunday and enjoy the planet. The announcements come a week after Apple announced that it had achieved its goal of powering its global facilities with 100 percent renewable energy.