Google Cloud held its annual customer conference, Google Cloud Next, this week in San Francisco. It had a couple of purposes. For starters, it could introduce customers to new CEO Thomas Kurian for the first time since his hiring at the end of last year. And secondly, and perhaps more importantly, it could demonstrate that it can offer a value proposition that is distinct from AWS and Microsoft.

Kurian’s predecessor, Diane Greene, was fond of saying that it was still early days for the cloud market, and she’s still right, but while the pie has continued to grow substantially, Google’s share of the market has stayed stubbornly in single digits. It needed to use this week’s conference as at least a springboard to showcase its strengths.

Its lack of commercial cloud market clout has always been a bit of a puzzler. This is Google after all. It runs Google Search and YouTube and Google Maps and Google Docs. These are massive services that rarely go down. You would think being able to run these massive services would translate into massive commercial success, but so far it hasn’t.

Even though Greene brought her own considerable enterprise cred to GCP, having been a co-founder at VMware, the company that really made the cloud possible by popularizing the virtual machine, she wasn’t able to significantly change the company’s commercial cloud fortunes.

In a conversation with TechCrunch’s Frederic Lardinois, Kurian talked about missing ingredients, like having people to talk to (or maybe a throat to choke). “A number of customers told us ‘we just need more people from you to help us.’ So that’s what we’ll do,” Kurian told Lardinois.

But, of course, it’s never one thing when it comes to a market as complex as cloud infrastructure. Sure, you can add more bodies in customer support or sales, or more aggressively pursue high-value enterprise customers, or whatever Kurian has identified as holes in GCP’s approach up until now, but it still requires a compelling story, and Google took a big step toward having the ingredients for a new story this week.

Google is trying to position itself in the same way as any cloud vendor going after AWS. They are selling themselves as the hybrid cloud company that can help with your digital transformation. It’s a common strategy, but Google did more than throw out the usual talking points this week. It walked the walk too.

For starters, it introduced Anthos, a single tool to manage your workloads wherever they live, even in a rival cloud. This is a big deal, and if it works as described, it does give that new beefed-up sales team at Google Cloud a stronger story to tell around integration. As my colleague, Frederic Lardinois described it:

So with Anthos, Google will offer a single managed service that will let you manage and deploy workloads across clouds, all without having to worry about the different environments and APIs. That’s a big deal and one that clearly delineates Google’s approach from its competitors’. This is Google, after all, managing your applications for you on AWS and Azure.

AWS hasn’t made made many friends in the open-source community of late, and Google reiterated that it was going to be the platform that is friendly to open-source projects. To that end, it announced a number of major partnerships.

Finally, the company took a serious look at verticals, trying to put together packages of Google Cloud services designed specifically for a given vertical. As an example, it put together a package for retailers that included special services to help keep you up and running during peak demand; tools to suggest if you like this, you might be interested in these items; contact center AI; and other tools specifically geared toward the retail market. You can expect the company will be doing more of this to make the platform more attractive to a given market space. 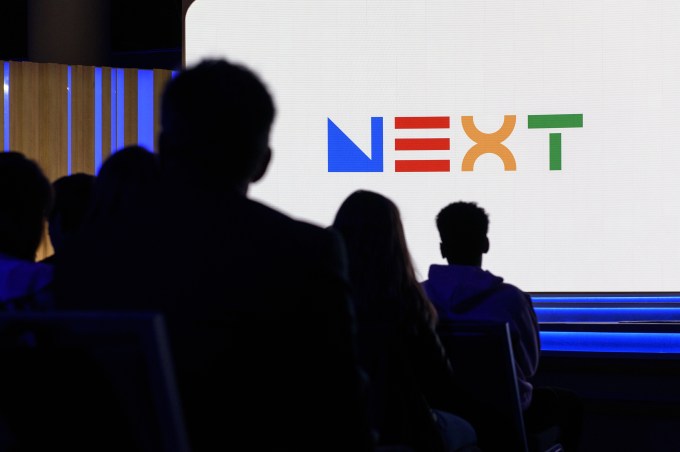 All of this and more, way too much to summarize in one article, was exactly what Google Cloud needed to do this week. Now comes the hard part. They have come up with some good ideas and they have to go out and sell it.

Nobody has ever denied that Google lacked good technology. That has always been an inherently obvious strength, but it has struggled to translate that into substantial market share. That is Kurian’s challenge. As Greene used to say, in baseball terms, it’s still early innings. And it really still is, but the game is starting to move along, and Kurian needs to get the team moving in the right direction if it expects to be competitive.