Diane Greene announced in a blog post today that she would be stepping down as CEO of Google Cloud and will be helping transition former Oracle executive Thomas Kurian to take over early next year.

Greene took over the position almost exactly three years ago when Google bought Bebop, the startup she was running. The thinking at the time was that the company needed someone with a strong enterprise background and Greene, who helped launch VMware, certainly had the enterprise credentials they were looking for.

In the blog post announcing the transition, she trumpeted her accomplishments. “The Google Cloud team has accomplished amazing things over the last three years, and I’m proud to have been a part of this transformative work. We have moved Google Cloud from having only two significant customers and a collection of startups to having major Fortune 1000 enterprises betting their future on Google Cloud, something we should accept as a great compliment as well as a huge responsibility,” she wrote. 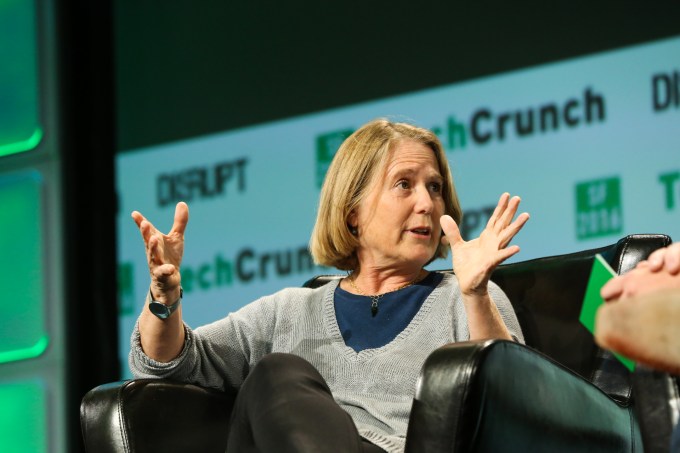 The company had a disparate set of cloud services when she took over, and one of the first things Greene did was to put them all under a single Google Cloud umbrella. “We’ve built a strong business together — set up by integrating sales, marketing, Google Cloud Platform (GCP), and Google Apps/G Suite into what is now called Google Cloud,” she wrote in the blog post.

As for Kurian, he stepped down as president of product development at Oracle at the end of September. He had announced a leave of absence earlier in the month before making the exit permanent. Like Greene before him, he brings a level of enterprise street cred, which the company needs as it continues to try to grow its cloud business.

After three years with Greene at the helm, Google, which has tried to position itself as the more open cloud alternative to Microsoft and Amazon, has still struggled to gain market share against its competitors, remaining under 10 percent consistently throughout Greene’s tenure. 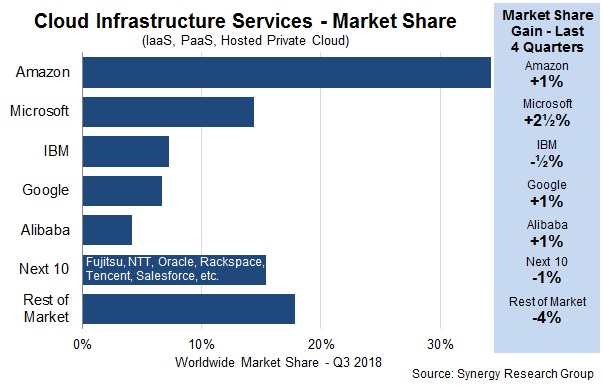 As Synergy’s John Dinsdale told TechCrunch in an article on Google Cloud’s strategy in 2017, the company had not been particularly strong in the enterprise to that point. “The issues of course are around it being late to market and the perception that Google isn’t strong in the enterprise. Until recently Google never gave the impression (through words or deeds) that cloud services were really important to it. It is now trying to make up for lost ground, but AWS and Microsoft are streets ahead,” Dinsdale explained at the time. Greene was trying hard to change that perception.

Holger Mueller, an analyst at Constellation Research says Greene was able to shift the focus to enterprise more, but he likes what Kurian brings to the table, even if it will take a bit of a cultural shift from his many years at Oracle. “What Greene did not address has been how to tie the product portfolio of Google’s autonomous and disparate development teams together. Kurian is a great fit for that job, having lead 35k+ developers at Oracle, ending the trench warfare between product teams and divisions that has plagued Oracle a decade ago,” Mueller explained.

Google has not released many revenue numbers related to the cloud, but in February it indicated they were earning a billion dollars a quarter, a number that Greene felt put Google in elite company. Amazon and Google were reporting numbers like that for a quarter at the time. Google stopped reporting cloud revenue after that report.

Regardless, the company will turn to Kurian to continue growing those numbers now. “I will continue as CEO through January, working with Thomas to ensure a smooth transition. I will remain a Director on the Alphabet board,” Greene wrote in her blog post.

Interestingly enough, Oracle has struggled with its own transition to the cloud. Kurian gets a company that was born in the cloud, rather than one that has made a transition from on-prem software and hardware to one solely in the cloud. It will be up to him to steer Google Cloud moving forward.