Tinder today announced it has hired Facebook vet Ravi Mehta as its new chief product officer, as the company continues to shift Tinder’s focus to the younger demographic still enjoying the “single lifestyle.” Mehta’s background includes more than 20 years in the industry, including time at Facebook, TripAdvisor and Microsoft. Most recently, Mehta had served as product director for Youth Engagement at Facebook.

This role involved research into how Gen Z spends time online and helped Facebook identify product opportunities to serve this demographic. While there, Mehta was involved in Facebook’s launch of the short-form video app Lasso, which aims to be Facebook’s TikTok rival. He also worked on the launch of Facebook Polls and aided with his team’s M&A strategy.

Prior to Facebook, Mehta worked at TripAdvisor leading product development for the Hotels, Attractions and Restaurants verticals — and launched instant booking. He led user experience teams across a number of areas, including mobile, personalization, search & discovery, trip planning, maps and user-generated content; and directed the international market development and localization teams.

His other experience includes time at Viximo (acquired by Tapjoy), AdvisorNow, Microsoft and the Boston Consulting Group.

At Tinder, Mehta fills the role vacated by Brian Norgard in November 2018.

Norgard had joined Tinder through an acquisition in 2014, where he originally served as head of revenue before being promoted to the chief product role in late 2016. At the time of his departure, Norgard said he wanted to get back to his entrepreneurial roots and invest in early-stage companies. 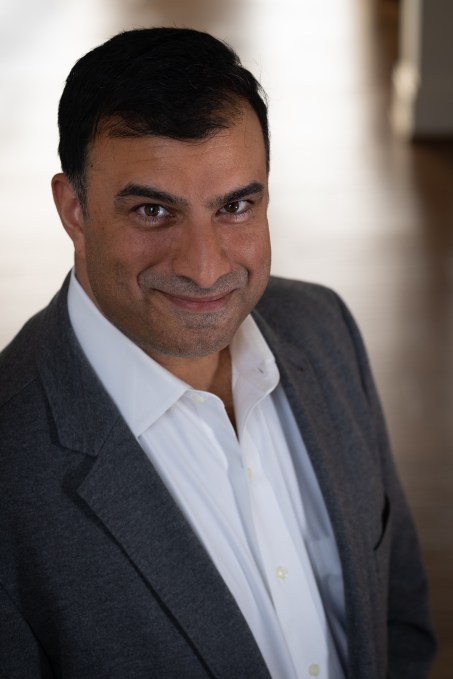 Tinder had not announced an interim CPO following Norgard’s departure.

Mehta’s hiring comes at a time when Tinder parent Match Group is further diversifying its portfolio of dating apps.

With its full acquisition of relationship-focused Hinge, the company is now focusing Tinder more on a young, 20-something user base — that is, those who aren’t ready to settle down, but are rather enjoying being single and dating more casually. As part of this shift, Tinder now runs a lifestyle publication, Swipe Life, which publishes stories about dating styles alongside others about travel, food and other trends.

It has also invested more heavily in product features catering to a younger demographic, like Tinder U and its related features such as Spring Break mode and Rivals Week. And Tinder is now targeting activities often favored by young people, like music festivals and parties, with last year’s launch of Swipe Surge.

On Match’s latest earnings call, the company said it would expand Tinder U in 2019 to cover more schools in the U.S., launch the product internationally and create more events and marketing around school events and the social calendar, as it did with Spring Break mode. It makes sense, then, that Tinder would want to find someone whose background involved products catering to Gen Z users.

“Tinder’s product innovation brought an entire new generation to the category and now millions of people across the globe are connecting, dating, and starting relationships. It has become a social phenomenon and the go-to app when you are single. As we enter the next chapter of product innovation and international growth, we are excited to have Ravi’s perspective and experience at Tinder,” said Tinder CEO Elie Seidman, in a statement about the hiring.

“Tinder is one of the rare products that’s had a fundamental impact on how people around the world meet and connect. And there’s so much more to do. I’m looking forward to joining Elie’s team and hitting the ground running,” said Mehta.

Mehta has an MBA from MIT’s Sloan School of Management, and a BS in Computer Engineering from Boston University.