Today, a bunch of analysis on stories we have been covering the last few weeks. 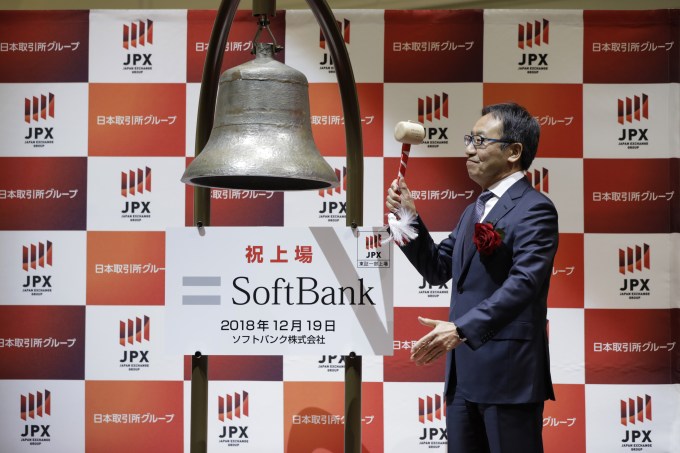 Three inter-related stories today on SoftBank and its Vision Fund. First, an analysis from my Bangkok-based colleague Jon Russell, who notes that controversies surrounding the murder of journalist Jamal Khashoggi hasn’t deterred the Vision Fund from its investments in the Asia-Pacific region:

The $100 billion megafund has done 21 deals over the last two quarters, that’s as more than in the other quarters of the previous year combined, according to data from Crunchbase, thanks to an uptick from Asia. Since the October 2 murder, there have been 11 investments in U.S. companies, seven in Asia, two in Europe and one in Latin America. Just this week, the fund completed a near $1.5 billion investment in Southeast Asia-based ride-hailing company Grab.

While U.S. and European firms have more options, and therefore, perhaps deserve more scrutiny, Softbank’s cash is increasingly the only game in town for startups in Asia, where there are fewer alternatives for later stage capital outside of large Chinese private equity firms or tech giants — which come with their own risks.

You should read the rest of Jon’s data analysis of where the Vision Fund is investing and why.

I want to comment though on this incessant framing of Khashoggi and SoftBank by the press. By now, we all know that Saudi Arabia and Abu Dhabi are the plurality of the Vision Fund’s capital. It’s a bit of an unfortunate circumstance, as I wrote in my year-end report on SoftBank:

There have been strong calls for Masayoshi Son to avoid Saudi Arabia in future fundraises, but that is complicated for one simple reason: there are just not that many money managers in the world who can a) invest tens of billions of dollars into firms backing risky technology investments, and b) are willing to ignore SoftBank’s massive debt stack and existential risks.

The murder of Khashoggi was heinous and wrong. Yet, there is a whole spectrum of bad LPs. Chinese government funds are among the heaviest investors in Silicon Valley as well, and of course, its record on human rights is hardly out of sync with Saudi Arabia. Many family offices with ties to unsavory industries and corruption permeate the LP lists at prominent venture capital funds.

I’d love to see less money laundering in Silicon Valley and cleaner capital sources. Until founders, VCs, and employees jointly work to make clean capital a priority though, I think the constant focus on one-off cases is shrill and mostly unhelpful.

The second major story is that SoftBank is launching another multi-billion dollar fund, this time in Latin America. The Innovation Fund, as my colleague Ingrid Lunden wrote, has $2 billion in capital to invest in the region. From the article:

This is the first time that SoftBank has created a fund of this kind focused on a single region — although it has spearheaded big bets into specific countries like India in the past — and it appears to the be first time that it has formally established a group to help other portfolio companies expand in a region, although this is likely something that SoftBank would have been doing on an informal basis before now.

We will have more on global expansion of the internet to the next billion users tomorrow, but suffice it to say, major investors are opening their checkbooks to regions outside the West as billions of consumers join the digital economy and become targets for investment. The first wave was around the seed stage in places like Latin America and Africa, but as that initial wave of startups mature, we can expect growth-stage VCs to start to intensely search for deals.

Finally, we have been tracking SoftBank’s horrifying debt situation for some time, which is complicated by the Japanese government’s goal of increasing competition among the country’s mobile service operators in a bid to lower prices.

Now, Japan’s prime minister Shinzo Abe intends to move forward with such plans. His cabinet this week approved a plan to force mobile operators to lower fees by separating service fees from device costs. Cabinet approval sends the bill to the legislature for a vote. From the Japan Times:

Two of the country’s three major carriers, SoftBank Corp. and KDDI Corp., through its au brand, say they already comply with the new rules, while NTT Docomo Inc. has said it plans to do so this spring.

SoftBank has argued that it is already in a strong position to handle these new laws, but with a new telecom entrant expected from ecommerce giant Rakuten, things are changing rapidly in the normally staid Japanese telco market, and that could put pressure on SoftBank given its debt load.

Huawei and the U.S. both have weak strategies 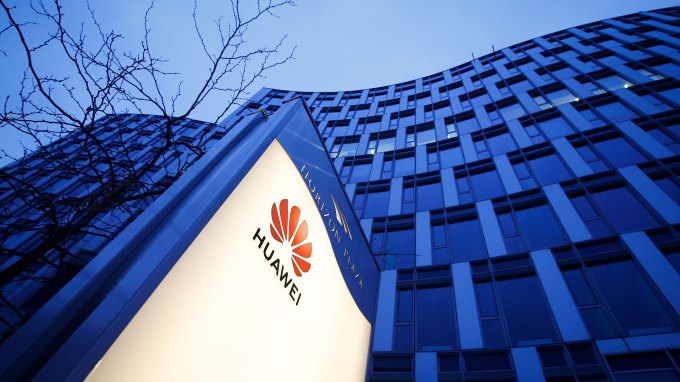 Last night, Huawei announced that it was suing the U.S. over last year’s ban on government agencies buying Huawei equipment, which was passed by Congress as part of the defense authorization bill. Legal scholars say that the lawsuit is highly unlikely to succeed, although it may delay implementation of the ban as the courts handle yesterday’s lawsuit.

Meanwhile, the U.S. continues to ratchet up pressure on its allies to ban Huawei, pressure that hasn’t been well-received.

Far from a nuanced battle over the future of telecommunications infrastructure, the U.S. and Huawei seem to be engaged in a muddy slugfest without a clear strategy on where this fight will lead.

The U.S. continues to demand a ban on Huawei even as it steadfastly refuses to provide evidence of backdoors or other security flaws in the company’s equipment. Given that Huawei’s competitors are almost exclusively American companies, the clear economic benefits of a ban for the U.S. increases the evidentiary standards. The U.S. has failed to provide that evidence.

The reality is that China is no more a national security threat than the U.S. is to China, which has its own burgeoning networking equipment business. Just as much as the U.S. and Canada might not want to use Huawei or ZTE equipment in their networks for fear of a surprise cyberattack ten years down the line, why should China, Russia, or any other “frenemy” state choose HPE or Cisco technologies?

Companies have an option: Is the enemy you know better than the one you don’t?

One theory of course is that the U.S. doesn’t have such evidence. Another theory that I would posit is that the U.S. does know about specific backdoors, but wants to use those backdoors for espionage rather than revealing them to the public. Whatever the reason, the continual lack of evidence but constant demands for a ban is stretching the patience for many of America’s most important allies.

Meanwhile, Huawei’s lawsuit is a weak strategy for confronting American intransigence on its cybersecurity. While its equipment has been purchased by rural American telcos due to its cost effectiveness, the U.S. is not a critical market for Huawei. Last year’s ban might have symbolic power, but no more or less than any other regulatory action against the company. If anything, the Streisand effect here is kicking in: more and more Americans (and presumably international news readers) now know about the ban.

Frankly, the U.S. and China are usually much more sophisticated than this.

Other news of companies spending (or not spending) billions 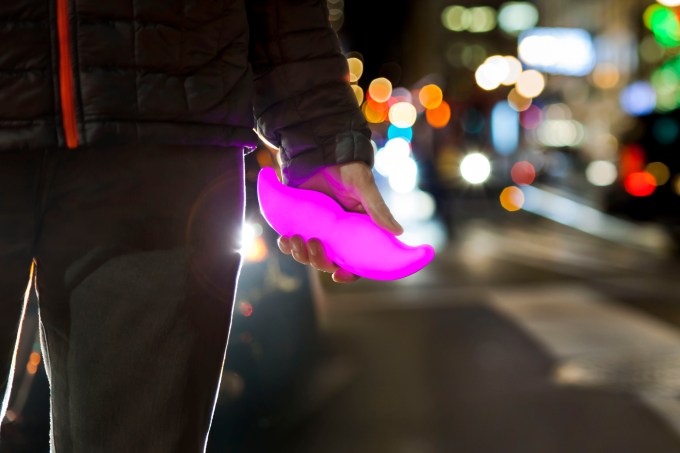 I (finally) read through it last night, and I have to say that I have very little to say on it. Since Lyft files its S-1 through the emerging growth companies mechanism, it has to provide less disclosure about its business than a typical listing. I found the S-1 to reveal surprisingly little about the health of Lyft’s revenue model other than the obvious jaw-dropping losses. There is a little bit of cohort analysis, and some numbers around user spend, but very little in the way of city-by-city market share or changing spending and earning patterns of drivers and riders.

That said, one facet of the S-1 I found interesting is the cap table. Given Lyft’s profligate spending, it is interesting to see how much its early VC investors have been diluted over the years. Andreessen Horowitz owns 6.25%, Alphabet owns 5.33%, seed investor Floodgate owns 0.63% of the company, and most other firms are below the 5% reporting threshold. No one at Floodgate is crying at the math of 0.0063 x BIG HUGE VALUATION, but it is quite something to see how much these ownership percentages shrink on high-spending startups.

We’ve talked about infrastructure costs a lot around here, so it is exciting to see some great investments in the space. Remix grabbed $15 million in VC, which should help the SaaS urban transportation planning startup continue to grow.

There is a huge opportunity for new companies to enter these sorts of planning spaces — software here tends to be extremely old, as Bloomberg recently discussed. These may not be Lyft-scale businesses, but there is a serious chunk of change to made here, while improving society and the environment to boot.

Also on infrastructure, I finally got around to that Guardian article on concrete. I found it quite compelling:

After water, concrete is the most widely used substance on Earth. If the cement industry were a country, it would be the third largest carbon dioxide emitter in the world with up to 2.8bn tonnes, surpassed only by China and the US.

It’s worth the 15 minute read if you haven’t thought about the core material of most structures built on the planet today.