First, a couple of quick follow-ups to our coverage of Form Ds yesterday, and then a deeper dive into the challenges SoftBank is facing with regards to its revenue in Japan. Finally, some notes on recent articles we have read.

Form Ds are (usually) filed by startups to the SEC when they take on venture capital. However, there appears to be an increasing pattern of startups foregoing the filing, which has implications for both reporters (we have less info about what’s happening in the venture world) as well as with aggregate VC stats, which often rely at least partially on filings to determine the state of venture capital.

A number of readers emailed us with their views on the matter. One lawyer and multi-time startup founder wrote to say that:

Some additional considerations are cost: the Form D can be expensive with all of the associated state blue sky filings, especially if you have participation from a number of angels or smaller funds.

Beyond cost, one issue with filing is when the round is smaller than the ultimate intended size. One reader reported in:

I was CFO at a startup and after consulting legal counsel, we didn’t file Form D for a Series C capital raising. Why? Because we didn’t want some investors to see how much is left in the round and defer funding.

You might have convinced an investor to put say $30 million into a round, and then they are shocked to find out that the round is really intended to be $50 million when the Form D hits the presses. Obviously, this is something that should be transparent to all parties, but I actually could see this happening more commonly at the seed stage, where some rounds almost certainly fundraise continuously and investors are more skittish.

Finally, it’s not just the finance and legal folks pushing for fewer filings, but also PR firms. One notable PR firm head told me that:

We’ve pushed a bunch of our clients to pursue [a 4(a)(2) exemption], but they were raising / had raised money from Tier One VCs.

That exemption allows startups to avoid a Form D filing, which “protects our launches from getting scooped.” The same PR head told me that this has been a policy for the past 18 months or so.

The data is still early, but the norms for filing do seem to be changing, and we are still doing more work on this. Reach out directly with your thoughts.

Japan is going after carrier revenue 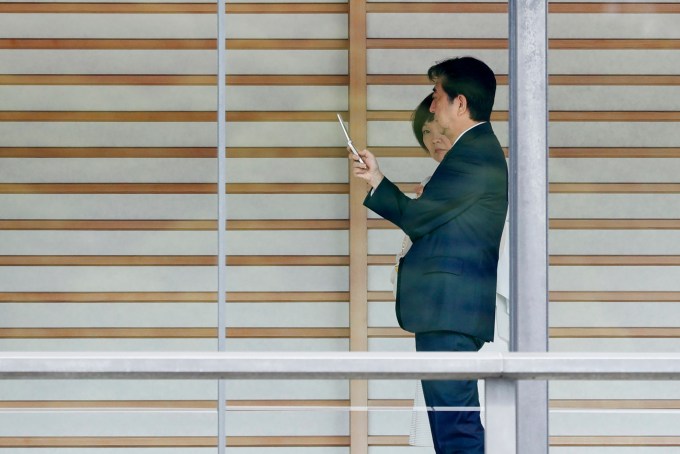 Now for the big story. We have been obsessed this week with SoftBank, first covering the telco group’s penchant for debt, and then covering the unusual financing situation between the IPO of its Japanese mobile division and its bankers, in which SoftBank is demanding its underwriters provide a massive bond to the Vision Fund in order to lever it up and juice returns.

It feels like the more we dig into all of SoftBank’s moving pieces, the stranger the story gets.

Over the past few weeks, the Japanese telco market has been absolutely crushed by traders. Market leader NTT DoCoMo announced about a week ago that it would cut customer rates by 40 percent on mobile services, and warned investors that it may take five years for the company to return to this fiscal year’s profitability. Concerned over industry-wide rate reductions, a possible pricing war and potential upticks in churn, investors rapidly sold the country’s three major wireless companies — including SoftBank — causing their collective market caps to plunge $34 billion the following day.

Japan’s telcos are extraordinarily profitable and exist in a mature market, so why the sudden rate change?

The two-dimensional answer is that the Japanese government has become more strident in its criticisms of the telcos, which charge some of the highest fees of any carriers in the world.

That’s partly because Japan’s mobile market has functioned essentially as an oligopoly, dominated by NTT DoCoMo, au-KDDI and SoftBank, which currently account for around 45 percent, 31 percent and 24 percent market share, respectively. The lack of competition has led to unreasonably high bills for customers, but hefty and growing profits for the telcos. 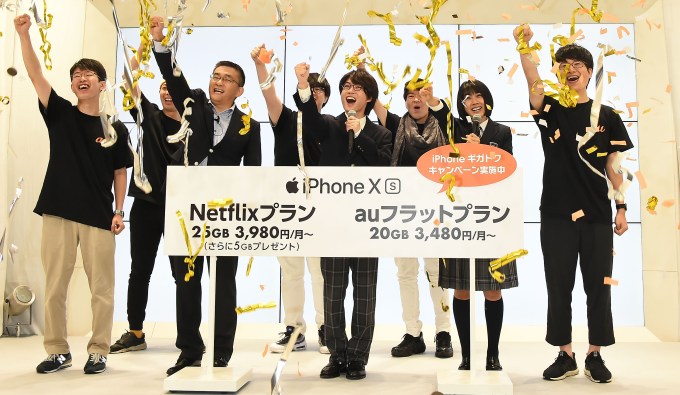 In 2015 Prime Minister Shinzo Abe called for lower prices and the companies eventually responded by offering reduced-cost service plans that didn’t undermine revenue growth, as they were offset by rising average revenue per user for data. Comments by government officials about lowering prices in 2016 brought a similar response. Still, carriers said they are concerned the pressure could increase this time.

This time around, the Japanese government has gotten more serious. It’s now also pushing for structural changes that will not only create pricing competition, but that will also make it easier for others to enter the market. As Takahashi and McCombs continued:

The government has also been pushing to boost competition by making it harder for the big three to lure new users by offering the latest phones at little or no upfront cost. Officials have also pushed to end SIM locking, a practice by which carriers lock their handsets to be used only on their network.

They are not only looking at bills, but also other competitive barriers,” said [Tachibana Securities GM Shigetoshi] Kamada. “They want bills to drop naturally by making the environment more competitive.

To make matters tougher for the incumbents, Rakuten, Japan’s “Amazon-esque” e-commerce giant, has decided to test the waters in the telco market, having received an operating license to start service in 2019.

All this is backdrop to the main stage, which is that SoftBank intends to IPO its Japanese mobile carrier division, in what could be the world’s largest IPO float in history. That IPO is critical for cleaning up SoftBank Group’s balance sheet, which is heavily loaded with debt.

That leads us to a three-dimensional analysis: could NTT DoCoMo and KDDI be preemptively cutting rates at exactly the time that SoftBank needs to show good financial results and projections to investors in its IPO roadshow? It’s a brilliant play, since some pain today to the bottom line could potentially knock out or at least diminish one competitor in the market, turning this oligopoly into a duopoly, Rakuten’s telco initiative not withstanding.

SoftBank is acutely aware of the changing landscape, yet remains full steam ahead on the IPO front. In fact, SoftBank didn’t even seem slightly worried about the rate cuts, with Group CEO Masayoshi Son stating “I can make a commitment right here that profit and revenue in the mobile business will continue to grow.” SoftBank noted that its telco profits will be fine, with the company planning to cut costs in the business by reducing its workforce by around 40 percent.

We’re not saying this is blatant marketing for the IPO, but what makes SoftBank’s claim seem a bit dubious is the fact that when NTT announced its rate cuts last week, even NTT stated it expected to see its operating profit and revenues drop, not to mention that the company wasn’t even targeting a full recovery from the impact until 2023. And in an already saturated market with well-resourced new entrants, generating enough new users (let alone keeping existing ones) to offset a rate cut and maintain even a steady Average Revenue Per User (ARPU) seems like a pretty tall task.

When you combine the losses other Japanese telcos expect with the fact that SoftBank has been pretty transparent about the IPO proceeds going toward future Vision Fund investments rather than back into the telco unit, it’s a little perplexing on how there can be such a rosy outlook for the business. And that ultimately may fuel disinterest with this particular public float, and therefore broader challenges to both SoftBank and its Vision Fund, with all the implications for growth-stage startups that entails.

‘Gun-Shy’: How Federal Prosecutors Forgot Silicon Valley: Great overview and analysis from Matt Drange at The Information about the decline of white-collar prosecutions out of the U.S. Attorney’s office in San Francisco, which was once managed by Robert Mueller before he became director of the FBI. “The number of white-collar cases prosecuted by the U.S. attorney for the Northern District of California has plunged from a peak of 354 in 1995 to 72 in fiscal 2018.” Major challenges include a decline of interest in white-collar prosecutions nationwide, bad office culture and botched executions of several high-profile cases. Definitely worth a full read. (~2,300 words)

LA Is Trying to Fix its Prostitution Problem by Banning Right Turns at Night—and it Might be Working: Too long article about a unique tactic of the LAPD: In order to generate sufficient probable cause to stop a car trolling for sex, the city installed “no right turn” signs at intersections in areas with high prostitution in order to have more reasons to stop cars. What a hack of the system. (~1900 words, but probably should be like 800)

The Bus Is Still Best: Helpful analysis by notable transit pundit Jarrett Walker, discussing the role of microtransit options like Via or Chariot in city transportation networks. Walker doesn’t believe that ridesharing will be the future of mass transit, and instead posits that a properly managed and well-resourced bus system is much more efficient from a cost, coverage, space and equality perspective. While some of the conclusions are a bit binary, he offers an effective and revealing comparison of transportation unit economics, while also providing a useful primer on the actual functions an effective public transport system has to service. Worth reading, even if only to serve as a clear overview of the various aspects city transit agencies have to consider in transportation and infrastructure decisions. (~2,050 words)