Maybe you won’t need a glitter bomb to protect your Amazon packages from porch thieves after all. At the Consumer Electronics Show in Las Vegas, Canadian appliance maker Danby is showing off its newly launched smart mailbox called Parcel Guard, which allows deliveries to be left securely at customers’ doorsteps. The box offers both a drop-in slot for smaller items, as well as a safe with a separate door for larger items. When packages are left, you’re alerted to their arrival by way of a push notification from the Parcel Guard app.

It’s worth noting that Parcel Guard doesn’t require the delivery driver to adjust their routine. And it looks very obviously like a mailbox – right down to its little red flag on the side. There’s not much confusion about what it’s for.

However, the box will also come with an informational sticker you can place on the front that instructs drivers to drop packages here instead of leaving them by the door. 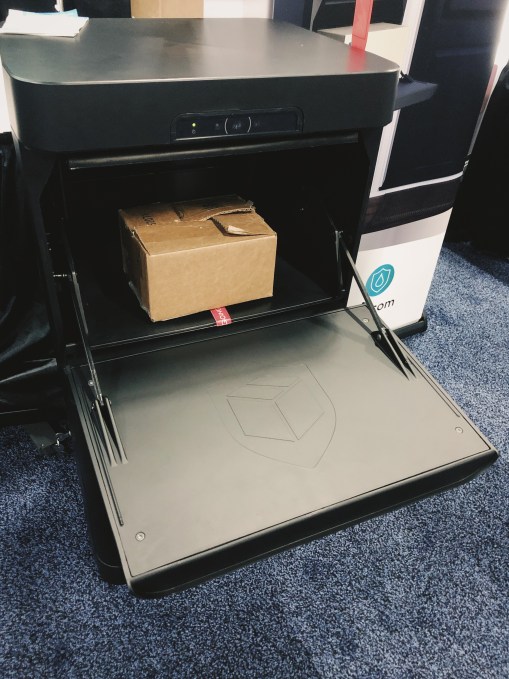 The mailbox’s anti-theft drop-in slot is like those found on USPS mailboxes. Once the package goes in, there’s no way to reach in and pull it back out.

For large (or fragile) items that need to be placed inside the box instead of dropped, the driver simply scans the package which triggers the safe door to unlock.

When the door is shut, the Parcel Guard locks and you’re alerted.

The box also includes wireless connectivity, a motion-activated IP camera (so you can see the delivery in action), a tamper alarm, and a weight monitor. 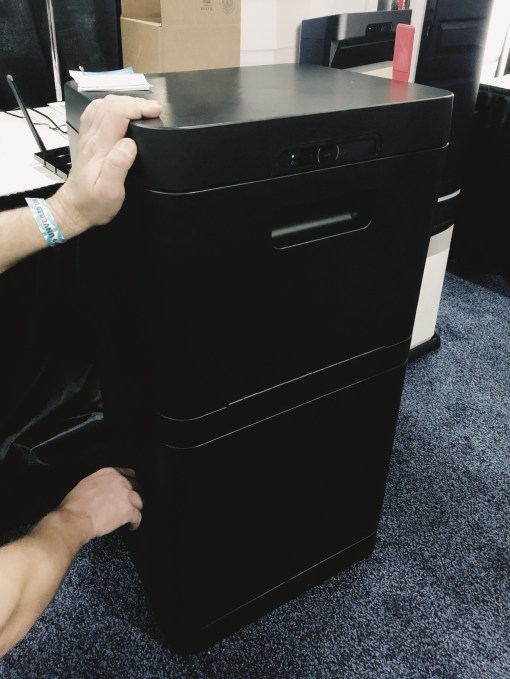 For additional security, you can opt to bolt the mailbox to the wall or the ground. There’s even a false bottom in the box – in case you want to secure it from being easily moved by placing something like a bag of sand under the bottom cover instead.

While protecting against package theft is Parcel Guard’s primary purpose, it can also be used for other purposes – like if friend or neighbor needs to drop something off at your home, for example, or even just to protect packages from bad weather.

To retrieve your packages, you unlock the box with the app.

The mailbox is made of industrial grade plastic, and includes a battery backup in the event of a power outage.

Parcel Guard is not the only device that’s trying to tackle the problem with package theft – there’s also a smart padlock called BoxLock doing the same, as well as a similar product called InBin. But the latter is designed to look more like a planter than a mailbox. Plus, there are services that work with existing devices to allow entry into the home, like Amazon Key.

The Parcel Guard smart mailbox will be available for pre-order on Danby’s website for $399 starting this week.