Lucasfilm has released an initial cast list for “The Mandalorian,” the live-action Star Wars series that Jon Favreau is creating for the upcoming streaming service Disney+.

Pedro Pascal, who had a brief-but-glorious run on “Game of Thrones” as Oberyn Martell, will star in the title role — Lucasfilm describes his character as “a lone Mandalorian gunfighter in the outer reaches of the galaxy.” (In the Star Wars universe, the Mandalorians are a group of warriors that includes Jango and Boba Fett.) 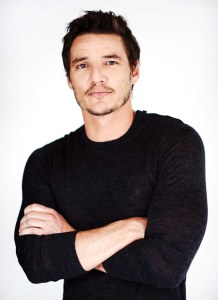 The cast also includes Gina Carano, Giancarlo Esposito, Nick Nolte and legendary director Werner Herzog. Sadly, it appears that Herzog will only be acting in the series, not directing any episodes.

However, there will be some impressive names behind the camera, including Dave Filoni (the creative force behind the recent Star Wars animated series), Bryce Dallas Howard and Taika Waititi.

So far, “The Mandalorian” is looking like it will be the marquee title for Disney+ when it launches late next year — a New York Times report over the summer suggested that the series could cost $100 million for a 10-episode season. There will also be at least one other live-action Star Wars series about Cassian Andor (played by Diego Luna) from “Rogue One,” as well as a Marvel series with Tom Hiddleston returning to the role of Loki.