“The screen is becoming the most important place in the world,” says InVision CEO and founder Clark Valberg. In fact, it’s hard to get through a conversation with him without hearing it. And, considering that his company has grown to $100 million in annual recurring revenue, he has reason to believe his own affirmation.

InVision, the startup looking to be the Salesforce of design, has officially achieved unicorn status with the close of a $115 million Series F round, bringing the company’s total funding to $350 million. This deal values InVision at $1.9 billion, which is nearly double its valuation as of mid-2017 on the heels of its $100 million Series E financing.

Spark Capital led the round, with participation from Goldman Sachs, as well as existing investors Battery Ventures, ICONIQ Capital, Tiger Global Management, FirstMark and Geodesic Capital. Atlassian also participated in the round. Earlier this year, Atlassian and InVision built out much deeper integrations, allowing Jira, Confluence and Trello users to instantly collaborate via InVision.

As part of the deal, Spark Capital’s Megan Quinn will be joining the board alongside existing board members and observers Amish Jani, Lee Fixel, Matthew Jacobson, Mike Kourey, Neeraj Agrawal, Vas Natarajan and Daniel Wolfson.

InVision started in 2011 as a simple prototyping tool. It let designers build out their experience without asking the engineering/dev team to actually build it, to then send to the engineering and product and marketing and executive teams for collaboration and/or approval.

Over the years, the company has stretched its efforts both up and downstream in the process, building out a full collaboration suite called InVision Cloud, so that every member of the organization can be involved in the design process; Studio, a design platform meant to take on the likes of Adobe and Sketch; and InVision Design System Manager, where design teams can manage their assets and best practices from one place.

But perhaps more impressive than InVision’s ability to build design products for designers is its ability to attract users that aren’t designers. 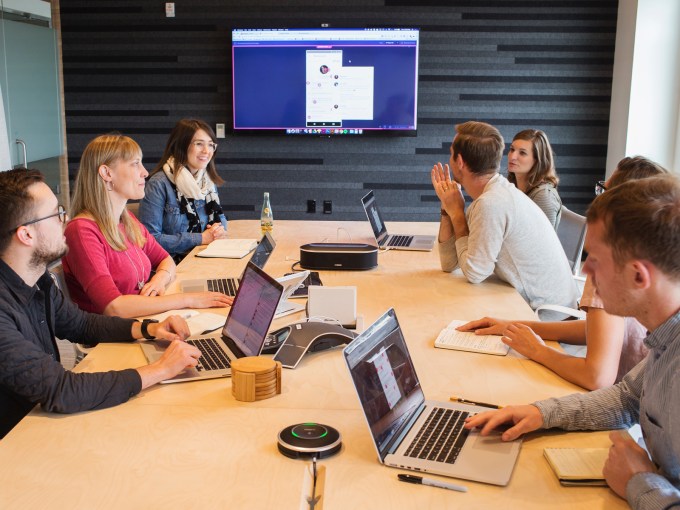 “Originally, I don’t think we appreciated how much the freemium model acted as a flywheel internally within an organization,” said Quinn. “Those designers weren’t just inviting designers from their own team or other teams, but PMs and Marketing and Customer Service and executives to collaborate and approve the designs. From the outside, InVision looks like a design company. But really, they start with the designer as a core customer and spread virally within an organization to serve a multitude.”

InVision has simply dominated prototyping and collaboration, today announcing it has surpassed 5 million users. What’s more, InVision has a wide variety of customers. The startup has a long and impressive list of digital-first customers — including Netflix, Uber, Airbnb and Twitter — but also serves 97 percent of the Fortune 100, with customers like Adidas, General Electric, NASA, IKEA, Starbucks and Toyota.

Part of that can be attributed to the quality of the products, but the fundamental shift to digital (as predicted by Valberg) is most certainly under way. Whether brands like it or not, customers are interacting with them more and more from behind a screen, and digital customer experience is becoming more and more important to all companies.

In fact, a McKinsey study showed that companies that are in the top quartile scores of the McKinsey Design Index outperformed their counterparts in both revenues and total returns to shareholders by as much as a factor of two.

But as with any transition, some folks are averse to change. Valberg identifies industry education and evangelism as two big challenges for InVision.

“Organizations are not quick to change on things like design, which is why we’ve built out a Design Transformation Team,” said Valberg. “The team goes in and gets hands on with brands to help them with new practices and to achieve design maturity within the organization.”

With a fresh $115 million and 5 million users, InVision has just about everything it needs to step into a new tier of competition. Even amongst behemoths like Adobe, which pulled in $2.29 billion in revenue in Q3 alone, InVision has provided products that can both complement and compete.

But Quinn believes the future of InVision rests on execution.

“As with most companies, the biggest challenge will be continued excellence in execution,” said Quinn. “InVision has all the right tail winds with the right team, a great product and excellent customers. It’s all about building and executing ahead of where the pack is going.”