InVision, a prototyping tool for thousands of web developers and designers, has recently closed an $11.6 million Series A round from FirstMark Capital and Tiger Global.

The company launched in 2011 out of New York with a mission to make it easy for designers to share, interact with, and get feedback on their prototypes. Users can easily upload Photoshop files to the web and add interactions to form a simulation, all within a normal web browser under a single link (which can be password protected).

In February 2012, InVision raised a $1.5 million seed round with FirstMark. The startup has since focused on facilitating the conversation around these prototypes, which can now happen with a much wider range of people.

Founder Clark Valberg explained that traditionally, the communication between designers and coders about the final look and feel of a project was limited to an inner circle of people. With InVision, a wide range of people across the company can consult on the design and give their feedback asynchronously.

That might sound like data overflow, but one might also consider it a less risky alternative to launching a real product before the design department is ready. That is, after all, the argument. Some startups believe that design, in multiple drafts, should come before coding out the product, while others believe that you should push a real product out as quickly as possible to get users (and ultimately receive their feedback). 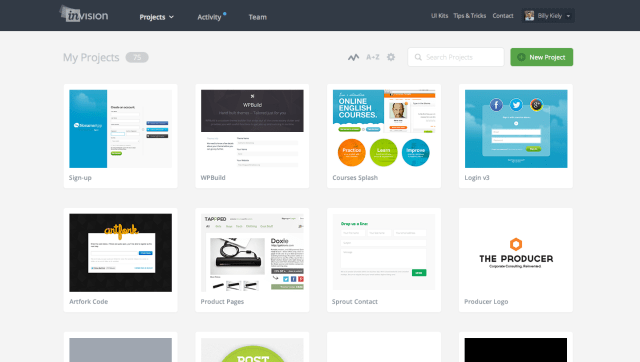 Valberg has told TechCrunch before that he isn’t opposed to iterating based on user feedback, but believes that it’s better to get much of that initial iteration process out of the way before you “lose a lot of control” by making your product publicly available.

The new funding will allow InVision to continue picking up new customers, which currently range from small startups to huge corporations. The company is also working on “some interesting partnerships”, as well as some enhanced marketing and new features.

InVision Video from InVision on Vimeo.