I dig on my employer Oath, and then Tencent Music notes and a major loss for the NYC ecosystem and what it means for open source.

It goes without saying that this piece about my employer is my work alone, doesn’t reflect management’s views, and is done under the auspices of TechCrunch’s independent editorial voice. No usage of internal information is assumed or implied.

This is a piece about TechCrunch’s parent company, formerly known as “Oath:” (okay just Oath, but who am I to flout a mandatory colon?) and now ReBranded™ as Verizon Media Group / Oath (See what they did there? They literally slashed Oath. Poetic).

Oath is essentially the creature of Frankenstein, a corporate alchemy experiment to fuse the properties of the companies formerly known as AOL and Yahoo into the larger behemoth known as Verizon. You can feel the terrible synergy emanating from the multiple firewalls it takes to get to our corporate resources.

Oath has a problem:* it needs to grow for Wall Street to be happy and for Verizon not to neuter it, but it has an incredible penchant for making product decisions that turn users off. Oath’s year over year revenues last quarter were down 6.9%, driven by extreme competition from digital ad leaders Google and Facebook.

The solution apparently? Give away page views. If that logic makes sense, well then, maybe you should fill out a job application.

The kerfuffle is over Tumblr, which is among Oath’s most important brands, in that people actually know what it is and kind of still like it. Tumblr, which Yahoo notably acquired under Marissa Mayer back in 2013, has been something of a product orphan — one of the few true software platforms left in a world filled with editorial content like TechCrunch and HuffPost (Oath sold off Flickr earlier this year to SmugMug — which also seems to be going through its own boneheaded product decision phase).

But Oath has decided to do something equally obnoxious: it intends to ban anything that might be considered “adult content” starting December 17th, just in time for the holidays when purity around family gatherings is key.

Oath is attempting to compress the content moderation engineering and testing of Facebook down to a span of a few weeks. And Facebook hasn’t even figured this one out yet, which is why people are still being murdered across the world from viral messages and memes it hosts that incite ethnic hatred and genocide.

I get the pressure from Apple. I get the safety of saying “just ban all the images” à la Renaissance pope. I get the business decision of trying to maintain Tumblr’s clean image. These points are all reasonable, but they all are just useless without Tumblr’s core and long-time users.

What flummoxes me from a product perspective is that it’s not as if banning all adult content is the singular solution to the problem. There is an entire spectrum of product, policy, legal, and product cultural ingredients that could be drawn upon. There could be more age verification, better separation of “safe for children” and “meant for adults content,” and more focus on messaging to users that moderation was meant to help the product and focus audiences rather than to puritanically filter.

Or you can just kill the photos, the somehow still loyal core user base, a safe space for expression via nudity and sexuality and, well, traffic along with it. And then you look at -6.9% growth and think: huh, I wonder if there is a connection. 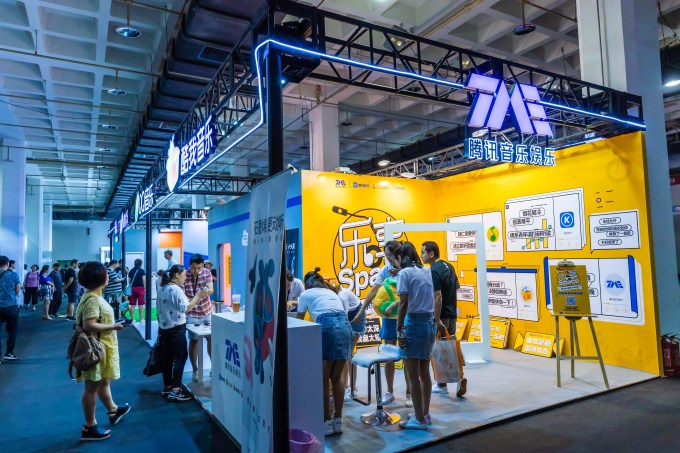 Maybe the IPO markets are thawing a bit after the crash of the last few weeks and…tariffs. From my colleague Catherine Shu:

Tencent Music Entertainment’s initial public offering is back in motion, two months after the company reportedly postponed it amid a global selloff. In a regulatory filing today, the company, China’s largest streaming music service, said it plans to offer 82 million American depositary shares (ADS), representing 164 million Class A ordinary shares, for between $13 to $15 each. That means the IPO will potentially raise up to $1.23 billion.

My colleague Eric Peckham wrote a deeper dive behind the lessons of Tencent Music for the broader music industry:

At its heart, Tencent Music is an interactive media company. Its business isn’t merely providing music, it’s getting people to engage around music. Given its parent company Tencent has become the leading force in global gaming—with control of League of Legends maker Riot Games and Clash of Clans maker Supercell, plus a 40 percent stake in Fortnite creator Epic Games, and role as the top mobile games publisher in China—its team is well-versed in the dynamics of in-game purchasing.

Tencent Music has staked out a very differentiated business model from Spotify, Pandora, Apple Music, etc. It has used an engagement-based product model to make live-streaming and virtual gifts huge business lines, without dealing with the product marketing logistics of subscription. Where the West always asks you to pay for access, Tencent is asking you essentially to pay to have fun and be part of an experience.

Eric asks I think a deep question: why hasn’t this model (which seems particularly obvious in music given the overall events component of that business) been back-ported from China to the Western world? He sees a world where Facebook buys Spotify (I don’t) but I think there is absolutely a gap in the market for a music platform to really own this model. 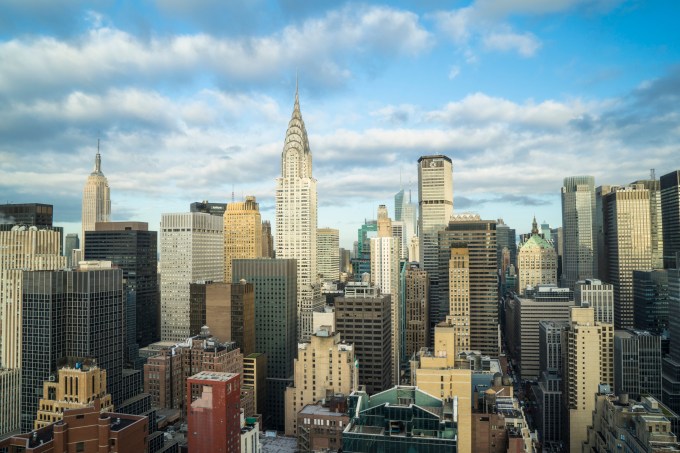 Wes McKinney is a major open-source star and the engineer behind pandas, which is one of the fundamental Python data libraries, as well as a founding engineer of Apache Arrow, which is an in-memory data structure specification.

So it is big news that he has decided to decamp from New York City, where has has lived for ten years, to Nashville. Writing on his personal blog:

I’ve increasingly felt that open source development is at odds with the values that are driving a large portion of the corporate world, particularly in the United States. Many companies won’t fund open source work because there is no “return on investment”. This is deeply frustrating, and being surrounded by people whose actions align with profit-motive can be pretty discouraging. It’s not necessarily that people who work in NYC or SF are greedy or amorally concerned with making money. In many cases they are just responding to incentives coming from pretty low on the hierarchy of needs.

Full-time open source developers in many cases will make less money than their peers who work at Google, Facebook, Microsoft, Apple, or another major tech company. If we are to enable more people to do open source development as a full-time vocation, we need to grow supportive tech communities in places that are more affordable. (emphasis his).

I think this is a very interesting trend to watch in the coming years. It’s not just the small business and art types who want to move to lower cost locales to match their lifestyle spending to the (economic) value of their work. Software developers who want to work on more meaningful projects outside of advertising and finance will also increasingly need to consider these sorts of geographical adjustments.

As I wrote a few months ago about digital nomads:

From cryptocurrency millionaires in Puerto Rico to digital nomads in hotspots like Thailand, Indonesia, and Colombia, there is increasingly a view that there is a marketplace for governance, and we hold the power as consumers. Much like choosing a cereal from the breakfast department of a supermarket, highly-skilled professionals are now comparing governments online — and making clear-headed choices based on which ones are most convenient and have the greatest amenities available.

Economic migration — whether from cost-of-living, ecosystem or governance culture, or just for new horizons — is the watchword of this century. It’s a huge loss for NYC that people like McKinney can no longer find their work compatible with the city.

I am still obsessing about next-gen semiconductors. If you have thoughts there, give me a ring: danny@techcrunch.com.

Imagined Communities – a major classic book of social science thought, it’s amazing how well it has held up, and the lessons it holds for us in the cyber age. Intending to write a review of it for this weekend, so expect more notes later.

Quietly, Japan has established itself as a power in the aerospace industry – I love industrial policy and national economic development, and Eric Berger has done a great job on both fronts with his dispatch in Ars Technica. Japan is roaring back into space, increasing its launch capabilities and also preparing to deploy its own GPS infrastructure. An important contextual read for those who follow SpaceX.

Why we stopped trusting elites — a compelling deep dive by William Davies in The Guardian into how populism is animated by the failures of elites. Couldn’t agree more that elites have lost significant trust over the last few decades, mostly from hubris, corruption, and outright fraud (the financial crisis being just the largest). Elites need to hold themselves to much higher standards if we want to ask our fellow citizens for their support.

What I’m reading (or at least, trying to read)