This weekend, Presidents Donald Trump and Xi Jinping agreed to something of a détente around American tariffs on Chinese goods. Stocks across Asia swooned, for reasons that make no sense to me. Plus, Bloomberg’s spy story redux and Berlin airport fun.

We are experimenting with new content forms at TechCrunch. This is a rough draft of something new — provide your feedback directly to the author (Danny at danny@techcrunch.com) if you like or hate something here.

Chinese stocks swoon over tariff slowdown — but why?

Trump and Xi agreed to delay the implementation of tariffs for 90 days while China offered to buy more American goods (particularly agricultural) as the two administrations try to hammer out a longer-term agreement.

In Asia, stocks rallied. Chinese stocks have been pummeled over the past few months as the trade dispute between the Chinese and the Americans crescendoed. Tencent, as one example, has lost about a third of its value from its peak back in January. ZTE has lost about half of its value on its Hong Kong ticker since the beginning of the year. It makes complete sense for these stocks to take a bit of a breather now that the tariffs are going to slow down.

Actually, no not really. Here’s the challenge: What exactly has changed? To me the market is deeply misjudging not only the Chinese economy, but also the American leadership as well.

Chinese stocks like Tencent have slid not because of tariffs, but because of new regulations from government agencies that have limited the launch of new video games in China. Video games are at the core of the company’s revenue mix, and new rules and controls on the industry has crushed its stock far more than a distant trade conflict.

It is clear that the Chinese government is going to continue tightening social and technological controls over the country, whether through the ballyhooed social credit system, VPN restrictions or cloud infrastructure policies. These controls are predominantly about keeping the state in charge over social and economic affairs, although also have the key benefit of preventing American internet companies from entering the Chinese market.

In what world do these controls disappear? The White House said in its statement about the dinner that “President Trump and President Xi have agreed to immediately begin negotiations on structural changes with respect to forced technology transfer, intellectual property protection, non-tariff barriers, cyber intrusions and cyber theft, services and agriculture.” (Emphasis mine). I am sure they will discuss these issues, but I am just very, very skeptical that anything will change.

Meanwhile, ZTE stock is up almost 10 percent today on its Hong Kong ticker. But tariffs have never really been the challenge for the company, which faces tremendous scrutiny from American as well as Five Eyes countries around whether its telecommunications equipment is really just a spying front for Beijing. ZTE was nearly shut down this year due to American export bans (mostly as retaliation for industrial espionage). More recently, ZTE and Huawei have faced renewed prohibitions from entering markets like Australia, and just this weekend, New Zealand.

In what world do these prohibitions disappear? The U.S. national security agencies aren’t going to allow Huawei and ZTE to deploy their equipment in America. Like ever. Quite frankly, if the choice was getting rid of all of China’s non-tariff barriers and allowing Huawei back into America, I think the U.S. negotiators would walk out.

And so the market misjudges all the fundamentals. Good to know we have become sophisticated on the most important economic relationship of the 21st century.

One person who spoke with [Bloomberg reporter Ben] Elgin told the Erik Wemple Blog that the Bloomberg reporter made clear that he wasn’t part of the reporting team that produced “The Big Hack.” The goal of this effort, Elgin told the potential source, was to get to “ground truth”; if Elgin heard from 10 or so sources that “The Big Hack” was itself a piece of hackery, he would send that message up his chain of command.

I think there are a couple of points worth hashing out here:

This to me remains one of the most fascinating slow burn stories of the year. Can’t wait to see what ends up happening here.

Observations on Berlin prices and airports 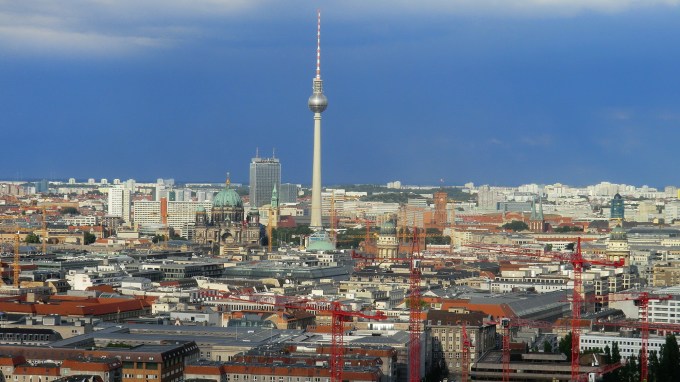 I was at TechCrunch Disrupt Berlin last week, which was my first time in the city. Berlin is trending among hipster circles, as well as Chinese dissidents. I can see why: great cultural institutions from high-brow to street, cheap but great food and reasonable cost of living, all things considered.

Berlin’s airports are also something of a national disgrace. The city has two airport relics, and its third airport, Brandenburg, has been under construction for almost two decades and still hasn’t managed to open. Compare that to China, which will construct Beijing’s second airport in about five years and is slated to handle almost 72 million passengers by 2025.

But an unintentional side effect of having a world-class city connected to others through airports that make LaGuardia’s main terminal seem hospitable is that it really prevents the global moneyed class from reaching the city. As one American VC mentioned to me at dinner, Berlin “is just impossible” to get to, and he visits “rarely.” There are very few direct flights between American cities and Berlin, as most carriers fly through their alliance hub (Delta through SkyTeam’s Amsterdam hub, etc.).

I talk about “infrastructure” a lot particularly when it comes to startups, and perhaps one of the most important lessons is that convenience matters. Whether it is a direct flight or a first check for a startup, those little conveniences add up very, very quickly. A little friction in the system can cause disproportionately large outcomes for a company and a region.