In July, Roku unveiled its entry into the voice-powered speaker market with a pair of Roku TV Wireless Speakers designed to work with the company’s lineup of partner-built smart TVs. Those speakers will now begin to ship to customers starting on Friday, November 16. They’ll also go on sale in advance of Black Friday at a discounted price, Roku says.

The speakers were previously available for pre-order and will normally retail for $199.99.

The company had earlier said the speakers would begin shipping in late October, so this is a bit of a delay on its part. But they’re still here before the holidays and in time for Black Friday, which is what’s most important. 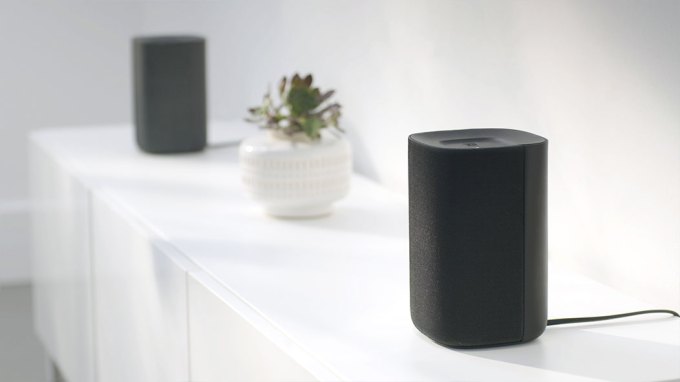 The company’s goal with its voice-powered speakers is not really one of trying to compete with Amazon Echo or Google Home devices, however. Instead, the company wants to leverage voice specifically to enhance the experience of browsing, searching and controlling Roku’s software, which runs on the TVs.

Roku’s voice assistant is nowhere near as powerful as Google Assistant or Alexa, but in terms of navigating your TV by way of voice, it’s sufficient enough.

The speakers ship with the Roku TV Voice Remote, allowing you to press a button to issue voice commands without having to give up the convenience of using a remote control to navigate your TV.

Of course, consumers aren’t expected to buy the speakers just for voice control — that’s just an added perk. Instead, the draw is that the speakers do the job of a soundbar in terms of improving the sound quality of the TV’s audio. The speakers additionally include Roku’s Automatic Volume Leveling technology, which brings the volume down when the movie or show gets loud, and increases the volume during the quieter scenes to provide a more even audio experience.

Roku is also shipping another new product, the Roku Touch, on Friday, it noted.

This is the company’s somewhat odd battery-powered remote that sits on a tabletop, which is designed to work with the wireless speakers. The remote includes a press-to-talk microphone for controlling your TV from afar and is sold with the speakers or separately for $29.99.