Google today announced it’ll start rolling out Duplex, its controversial Google Assistant feature that can make phone calls on your behalf, to Pixel phones next month.

The rollout will be city by city, Google said this morning at its hardware event. However, the company didn’t clarify during its presentation what Duplex will be able to do at first.

That information was instead quietly shared via a post on Google’s My Business forums, where a company rep noted that Duplex will launch into public testing with Pixel owners calling restaurants in New York, Atlanta, Phoenix and the San Francisco Bay area.

The company first demoed Duplex at its I/O developer conference this spring. In the demo at I/O, the Assistant was able to reserve tables at restaurants and make appointments at salons. 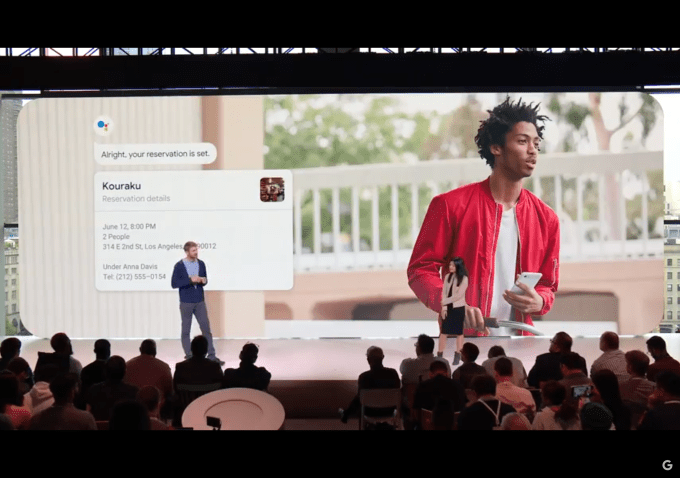 At the time, the feature was controversial because the Assistant basically tried to fool respondents into believing that it was a real human being, it seemed. That also opened up legal questions, given that the tool had to record the calls, yet it didn’t announce that it did so.

Google later said that the Assistant would announce itself on all calls.

Today, Google says Assistant will launch to the public, will be more transparent, and will provide an opt-out mechanism.

“Our goal in testing this new capability within the Google Assistant is to provide another great resource (especially if you have a limited online presence) to help you reach a broader set of consumers, by making it easier for them to connect to your business,” explained Allyson Wright, a Community Manager at Google My Business, in an online forum posting aimed at business owners.

The post also instructs restaurant owners on being prepared for Google Duplex calls, saying, there’s “no learning curve” and no extra steps to get set up.

“You can keep operating your restaurant as you always have while also taking advantage of booking through the Google Assistant,” she wrote.

The post also noted that if the restaurant was already taking reservations through one of Google’s booking partners, then it wouldn’t receive these Duplex calls. Apparently, the plan is only to use Duplex when there’s no other way to check availability or book online.

Google also addressed the concerns raised earlier around transparency by adding that restaurants will always be informed when it’s Google Assistant calling. They’ll be given an easy way to opt out by telling the Google Assistant over the phone, or changing the settings in their Google My Business Account, as well.

“It’s important that we get the experience right both for people and for your business, and we’re taking a slow and measured approach as we incorporate learnings and feedback from our tests,” Wright said.

A closer look at Google Duplex