Fifty-nine startups took the stage at Y Combinator’s Demo Day 2, and among the highlights were a company that helps developers manage in-app subscriptions; a service that lets you create animojis from real photos; and a surplus medical equipment-reselling platform. Oh… and there was also a company that’s developed an entirely new kind of life form using e coli bacteria. So yeah, that’s happening.

Based on some investor buzz and what caught TechCrunch’s eye, these are our top picks from the second day of Y Combinator’s presentations.

You can find the full list of companies that presented on Day 1 here, and our top picks from Day 1 here. 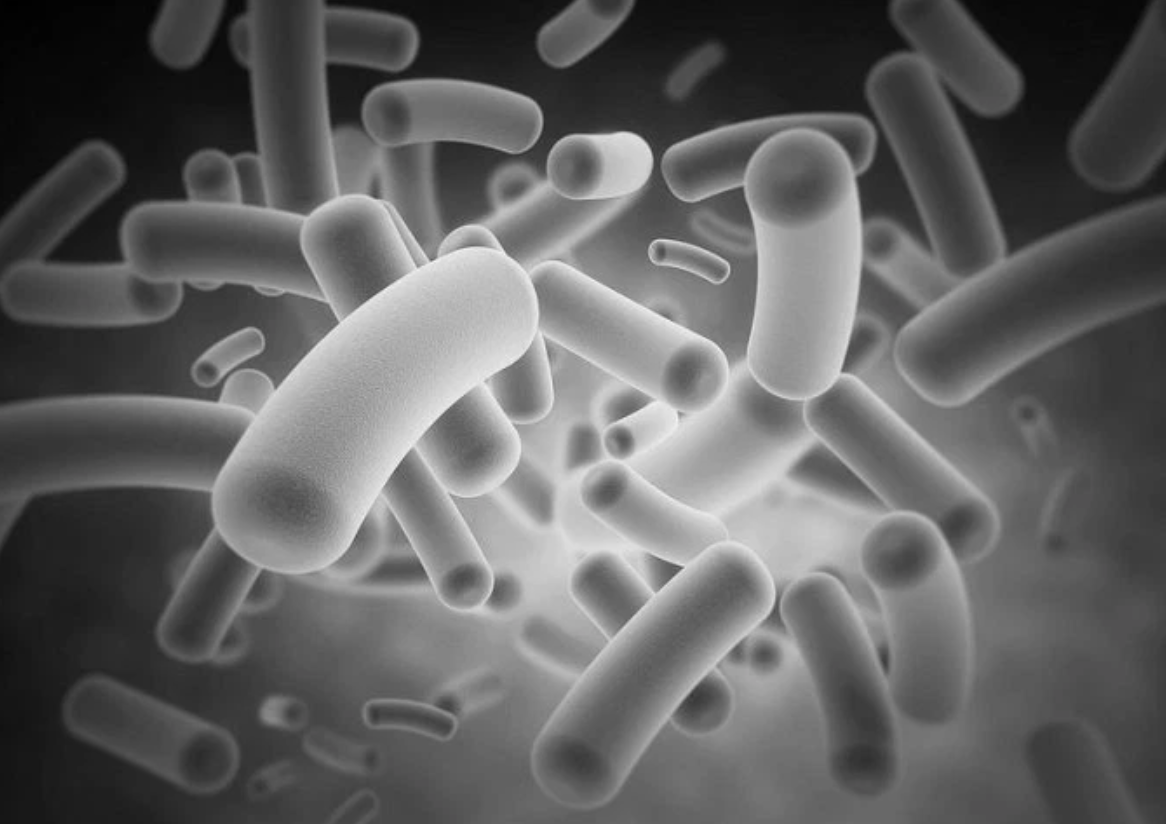 With a founding team including some of the leading luminaries in the field of biologically inspired engineering (including George Church, Pamela Silver and Jeffrey Way from Harvard’s Wyss Institute), 64-x is engineering organisms to function in otherwise inaccessible environments. Chief executive Alexis Rovner, herself a post-doctoral fellow at the Wyss Institute, and chief operating officer Ryan Gallagher, a former BCG Consultant, are looking to commercialize research from the Institute around accelerating and expanding the ability to produce functionalized proteins and sequence-defined polymers with diverse chemistries. Basically they’ve engineered a new life form that they want to use for novel kinds of bio-manufacturing.

Why we liked it: These geniuses invented a new life form.

Sher Butt, a former lab directory at Steep Hill, saw that cannabinoids were as close to a miracle cure for pain, epilepsy and other chronic conditions as medicine was going to get. But plant-based cannabinoids were costly and produced inconsistent results. Alongside Jacob Vogan, Butt realized that biosynthesizing cannabinoids would reduce production costs by a factor of 10 and boost production 24 times current yields. With a deep experience commercializing drugs for Novartis and as the founder of the cannabis testing company SB Labs, Butt and his technical co-founder are uniquely positioned to bring this new therapy to market.

Why we liked it: Using manufacturing processes to make industrial quantities of what looks like nature’s best painkiller at scale is not a bad idea. 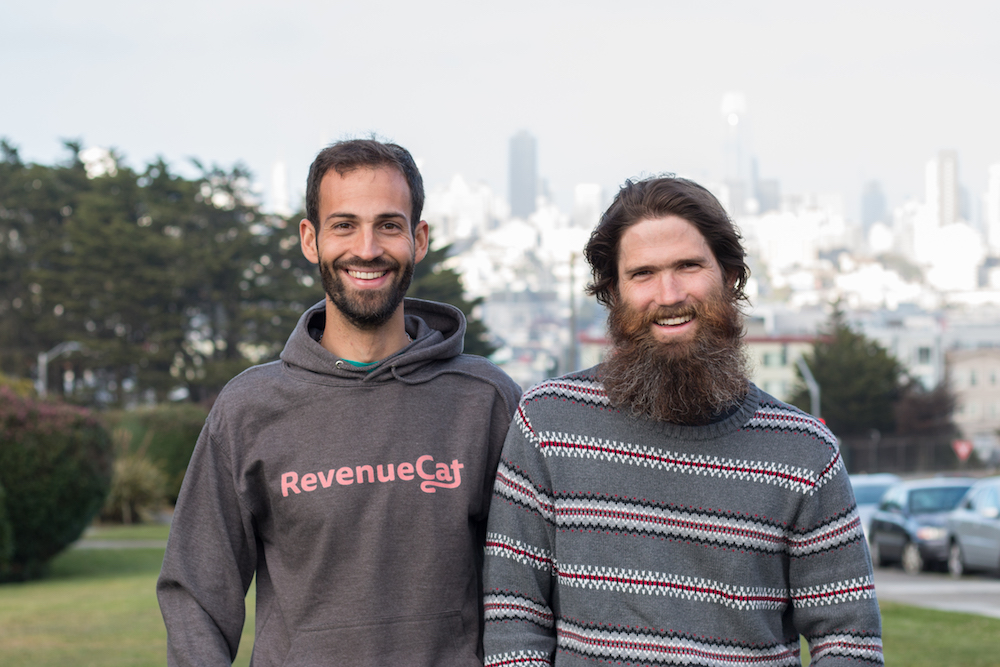 The API also allows developers to bring all the data about their subscription business together in one place. It might be on to something, though it isn’t clear how big that something is quite yet. The nine-month-old company says it’s currently seeing $350,000 in transaction volume every month; it’s making some undisclosed percentage of money off that amount.

Why we liked it: Write code. Release app. Use RevenueCat. Get paid. That sounds like a good formula for a pretty compelling business. 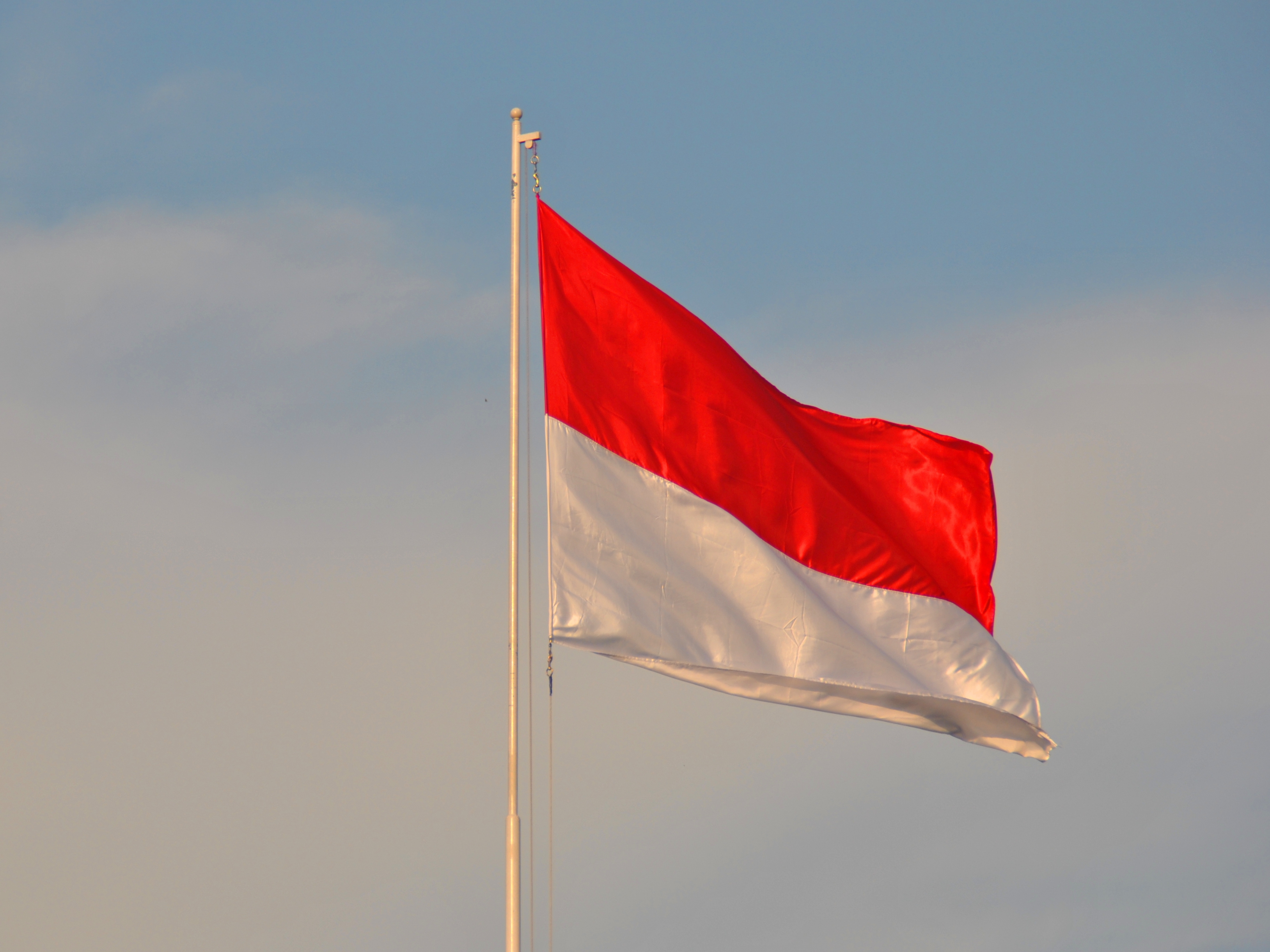 Indonesia is a country in transition, with a growing class of individuals with assets to invest yet who, financially, don’t meet the bar set by many wealth managers. Enter Ajaib, a newly minted startup with the very bold ambition of becoming the “Ant Financial of wealth management for Indonesia.” Why the comparison? Because China was in the same boat not long ago — a  country whose middle class had little access to wealth management advice. With the founding of Ant Financial nearly four years ago, that changed. In fact, Ant now boasts more than 400 million users.

China is home to nearly 1.4 billion, compared with Indonesia, whose population of 261 million is tiny in comparison. Still, if its plans work out to charge 1.4 percent for every dollar managed, with an estimated $370 billion in savings in the country to chase after, it could be facing a meaningful opportunity in its backyard if it gains some momentum.

Why we liked it: If Ajaib’s wealth management plans (to charge 1.4 percent for every dollar it manages) work out — and with a total market of $370 billion in savings in Indonesia — the company could be facing a meaningful opportunity in its backyard. 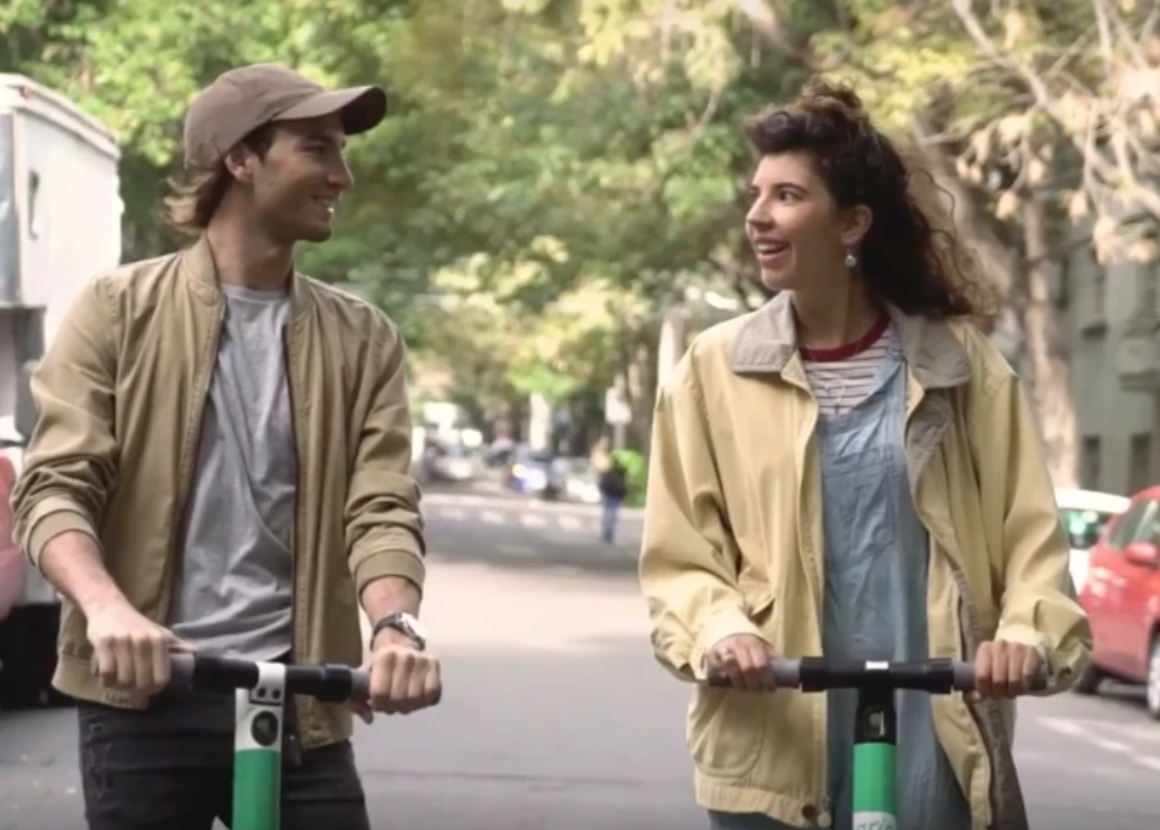 The scooter craze is hitting Latin America and Grin is greasing the wheels. The Mexico City-based company was launched by co-founder Sergio Romo after he and his partner realized they weren’t going to be able to get a cut of the big “birds” on the scooter block in the U.S. (as Axios reported). Romo and his co-founder have already lined up a slew of investors for what may be the hottest new deal in Latin America. Backers include Sinai Ventures, Liquid2 Ventures, 500 Startups, Monashees and Base10 Partners.

Why we liked it: Scooters are so 2018. But there’s a lot of money to be made in mobility, and as the challenge from Bird and Lime to Uber and Lyft in hyperlocal transit has revealed, there’s no dominant player that’s taken over the market… yet. 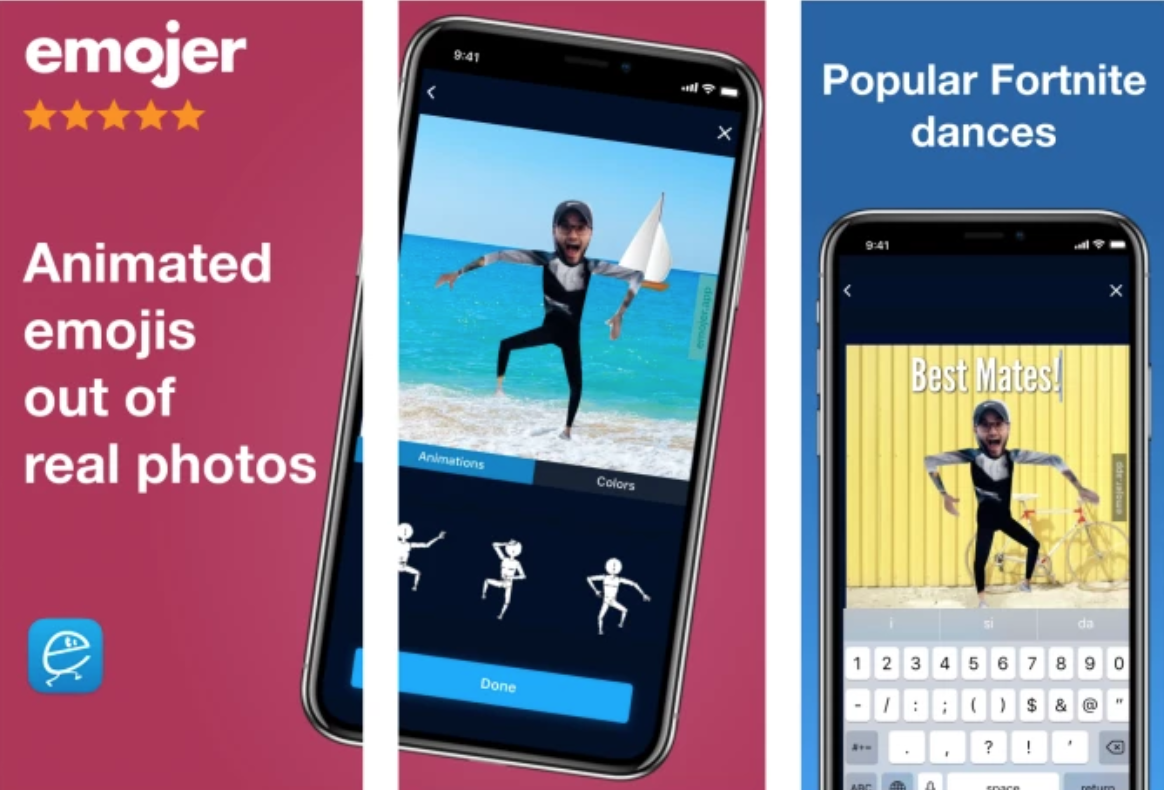 Creating animated emojis made from real photos, Emojer just might be the most fun you can have with a camera. The company’s software uses deep learning algorithms to detect body parts and guides users in creating their own avatars with just a simple photo take from a mobile phone. It’s replacing deep Photoshop expertise and animation skills with a super simple interface. The avatars look very similar to Elf Yourself, a popular site that let you paste your friends’ faces on dancing Christmas elves goes viral every year at Christmastime. Founders have PhDs in machine learning and computer vision.

Why we liked it: As the company’s chief executive said, Snap was for sexting, and Facebook was hot or not, so who says the next big consumer platform couldn’t be the Trojan horse of easily generated selfiemojis (akin to Elf Yourself)? 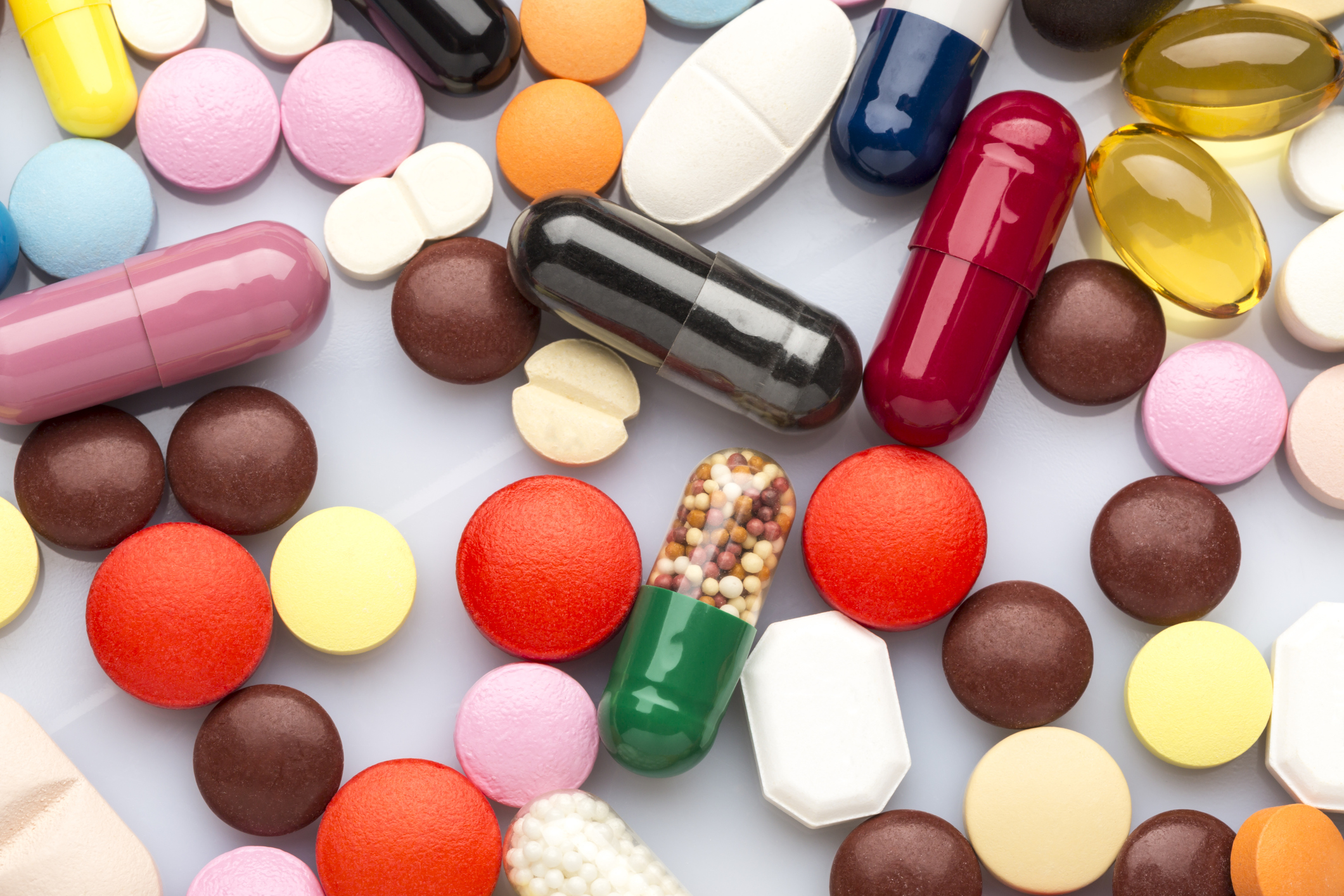 Osh’s Affordable Pharmaceuticals is a public benefit corporation connecting doctors and patients with sources of low-cost, compounded pharmaceuticals. The company is looking to decrease barriers to entry for drugs for rare diseases. Three weeks ago the company introduced a drug to treat Wilson’s Disease. There was no access to the drug that treats the disease before in Brazil, India or Canada. It slashes the cost of drugs from $30,000 a month to $120 per month. The company estimates it has a total addressable market of $17 billion. “Generic drug pricing is a crisis, people are dying because they can’t get access to the medicine they need,” says chief executive Alex Oshmyansky. Osh’s might have a solution.

Why we liked it: Selling lower-cost medications for rare diseases in countries that previously hadn’t had access to them is a good business that’s good for the world. 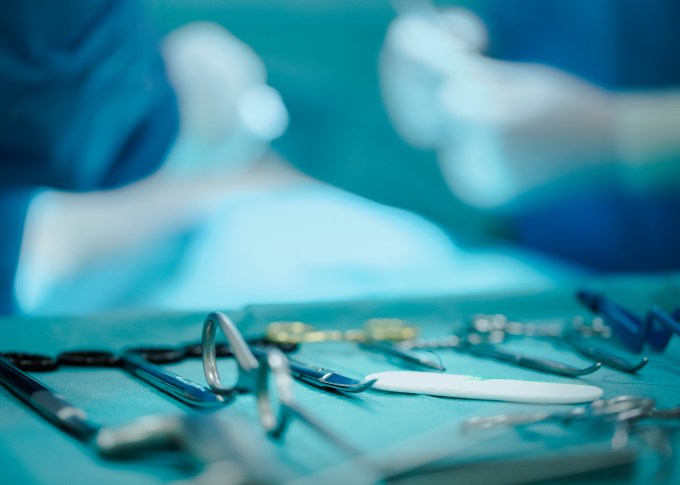 Tackling a $75 billion problem of healthcare waste, Medinas Health is giving hospitals an easy way to resell their used supplies. The company has already raised $1 million for its marketplace to help healthcare organizations buy and sell equipment. With a seed round led by Ashton Kutcher and Guy Oseary’s Sound Ventures, and General Catalyst’s Rough Draft Ventures fund, the company is also working to lower costs for cash-strapped rural healthcare centers.

Why we liked it: Finding uses for hospital equipment that’s been lying fallow in corners is a big business. A $75 billion business if Medinas’ estimates are correct. Add helping cut costs for rural medical facilities and Medinas is a business we can get behind. 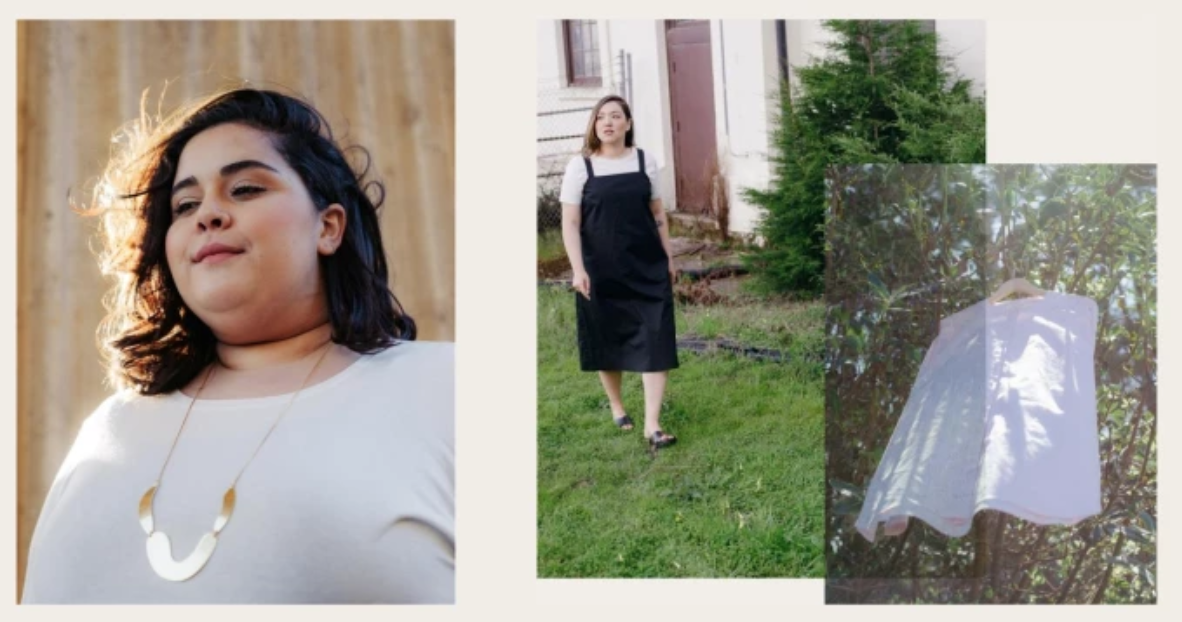 Plus-size women have limited clothing options even at the largest retailers like Nordstrom and Macy’s. While a majority of American women fall into the plus-size clothing category, 100 million women are constrained to shopping for a very small percentage of options. And Comfort wants to solve the supply problem. To do this, the founders, two former Harvard classmates, are building a direct-to-consumer fashion brand with stylish, minimalist offerings for plus-size women, including tunic shirts and an apron dress. It’s very early days for the brand, but since launching in recent weeks, they’ve seen $25,000 in sales.

Why we liked it: This direct-to-consumer fashion brand is bringing higher quality, better-designed clothing options to a market that’s underserved and growing quickly. What’s not to like? 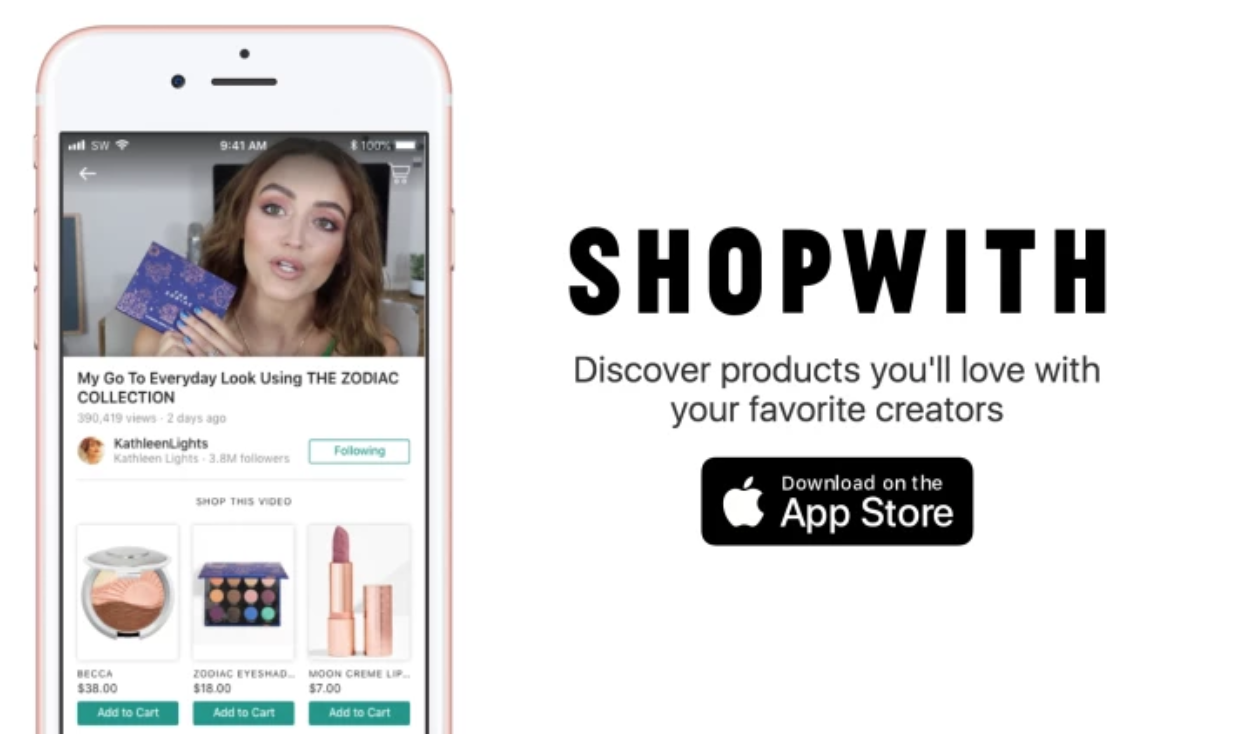 Influencers of the world are uniting on mobile app, ShopWith, which allows shoppers to browse virtual storefronts and aisles alongside their favorite fashion and beauty creators and YouTubers. Users can see exactly what products those influencers have featured and can buy them without ever leaving the app. It’s a free download and hours of commercially consumptive fun.

It’s like the QVC model, but for GenZ shoppers whose buying habits are influenced by social video content on YouTube, Instagram and Snapchat. The company revealed that one beauty influencer made $10,000 within five hours using the ShopWith platform. The founders are former product managers with experience building social commerce products at Facebook and Amazon.

Why we liked it: The QVC for GenZ not only has a nice ring to it, it’s a recipe for making cash registers hum. A mobile-first, influencer-based shopping company is something that we’d definitely not call an impulse purchase.