Sequoia has announced the close of its newest fund for India and Southeast Asia. The firm has raised $695 million for this fund, which is its fifth since it expanded into India 12 years ago.

Reports at the beginning of this year suggested that the firm was shooting for a $1 billion fund, perhaps influenced by SoftBank’s gargantuan Vision Fund, but it was later reported that the target was cut to $650-$700 million.

This new money for Asia is reflective of Sequoia’s activity elsewhere in the world, where it is piling up cash for more details. The firm is in the final stages of raising an $8 billion global fund while it is said to be preparing a China fund that could reach as high as $6 billion, with participation from e-commerce firm JD.com and state-owned Starquest Capital. It secured a $180 million seed fund in the U.S earlier this year.

With this new money, Sequoia India said it plans to “double down” on technology, consumer and healthcare startups to “unleash the potential” of the two regions, which collectively over 800 million internet users. That number is growing fast among India, population 1.3 billion, and Southeast Asia, population 650 million.

Beyond being one of the premier VCs in the U.S. and China, Sequoia also enjoys a top-tier reputation in Asia and, more recently, in Southeast Asia where it has accelerated its presence in recent years. To date, the firm has made over 200 investments in India, which include major hits like unicorn Zomato, Freshworks (which is headed to IPO), Freecharge (which was acquired by Snapdeal), Pine Labs (which recently raised from PayPal), JustDial (which went public in 2013) and OYO Rooms, which is backed by SoftBank’s Vision fund.

The firm has expanded to Southeast Asia in recent years, after first opening an office in 2012, and it said that the region accounts for 20-30 percent of portfolio value. That’s a ratio it intends to maintain going forward — which means there’s no dedicated Southeast Asia fund, for now at least.

Already, though, Sequoia has gotten itself into a number of Southeast Asia’s top startups. They include Indonesian unicorn trio Go-Jek, Tokopedia and Traveloka, Singapore’s Carousell and e-commerce startup Zilingo. The fact that Sequoia India managing director Shailendra Singh relocated to Singapore also speaks volumes about how seriously the firm is taking Southeast Asia — even though, as mentioned, there’s no standalone fund.

“As we look to the future, the menu of investment opportunities is unprecedented — from mobile internet to online brands, enterprise SaaS to AI, crypto to deep tech in healthcare, new age consumer brands and beyond,” Sequoia wrote in a blog post announcing its new fund.

“India and Southeast Asia, meanwhile, are at an inflection point, and we are witnessing incredible quality of new investment opportunities,” it added.

Finally, the firm has announced some staff changes. Most notably, managing director Abhay Pandey is leaving after an 11-year stint to focus on investment opportunities in the consumer space, according to Sequoia. Pandey joined Sequoia from Merrill Lynch in 2007 and he previously spent time with Credit Suisse and McKinsey. 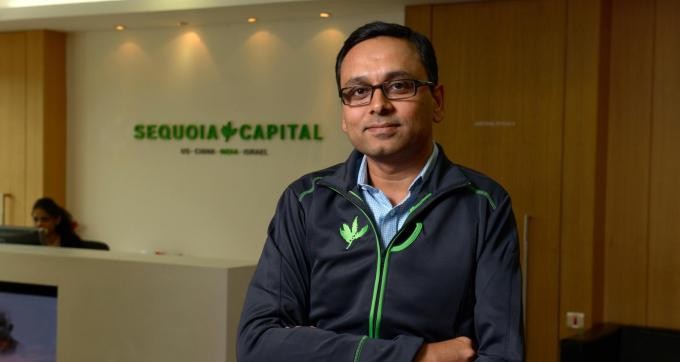