India-based OYO, a startup that pioneered and popularized the concept of budget hotel networks, has closed $250 million in new funding led by SoftBank’s Vision Fund.

The startup was founded in 2013 by Thiel Fellow Ritesh Agarwal, now aged 24, and the concept centers around standardizing the quality of India’s wildly differentiated affordable hotels, and providing some structure to make bookings simple and customer service simplified.

The answer is an app-based service that lets customers book hotels and manage their experience through their smartphone. Not just that but it also provides basic guarantees of service.

Being sure that you’ll get hot water, clean sheets, WiFi and a responsive concierge might not sound a lot, but they’ll give the average traveler piece of mind as anyone who has ever navigated India or other Asian emerging markets can testify to. Likewise, with prices of under 1,000 INR ($15.60), rooms are more affordable than many nationwide hotels while providing common quality.

This new Series D round means that OYO has now raised $436 million from investors to date. The startup said it plans to use the capital to grow its reach in India, and expand its presence overseas.

As of now, OYO’s network spans 230 cities across India, Malaysia and Nepal, offering over 70,000 rooms in India alone. The company said it is getting close to growing its capacity at a rate of 10,000 rooms per month, and it plans to push on into more rural parts of India and move into additional overseas markets, too, although it isn’t being precise on which ones right now.

Its first overseas foray was Malaysia in early 2016 and, while it added Nepal in April of this year, that was some while ago. Perhaps the added competition in India, particular that of key rival Treebo, have kept it busy? Treebo just announced a $45 million round of its own last week, and it has been busy investing in TV ads to grow its brand, so the timing of this new OYO raise is particularly noteworthy. 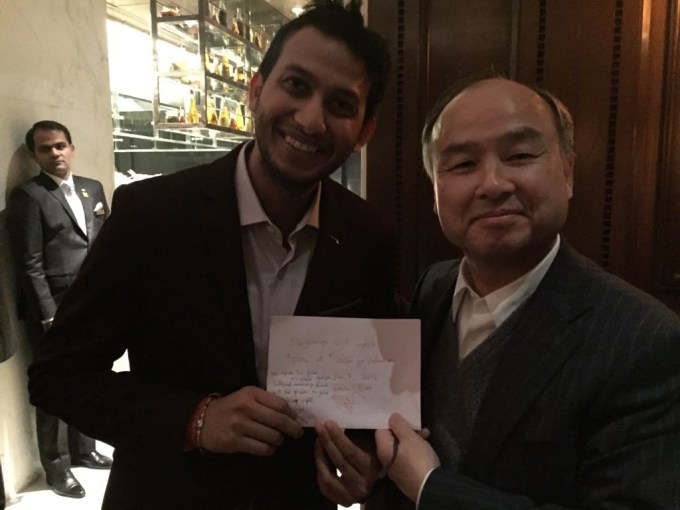 In a statement, OYO CEO Agarwal said he also intends to invest in technology and improving the customer experience.

One area where it is diversifying out is with the younger generation. OYO launched millennial-focused brand Townhouse — “your friendly neighborhood hotel” that also serves as a breakfast/co-working venue — in January. Agarwal suggested that the product, which is aimed at the mid-market audience with prices upwards of 3,500 INR ($55), will be expanded nationwide after a promising start to life.

“OYO has solidified its position in India as the leading accommodation brand for consumer affordability and high quality standards. We’re excited to continue to support OYO as they further expand their position in India and bring the OYO promise of affordability and elevated hospitality to other markets around the world,” SoftBank’s Justin Wilson, who sits on the OYO board, said in a prepared comment.