Many will rightly say that raising money as a startup in Southeast Asia is no easy thing, but up-and-coming online fashion service Zilingo sure doesn’t seem to have problems on that front.

Fresh from raising an $18 million Series B round last September, Zilingo has announced its $54 million Series C to take it to $82 million from investors to date.

The round was led by new investor Sofina — an investor in Flipkart-owned fashion site Myntra among others — and existing backers Burda and Sequoia India. Zilingo’s other existing investors, including Tim Draper, SIG, Venturra, Beenext and Manik Arora, all took part, with Amadeus Capital joining the party, too.

Raising this much money is rare over the life cycle of any startup in Southeast Asia, but to do it in less than 2.5 years after launching your product is unprecedented.

E-commerce is a hot space in the region, but few companies have made the jump to Series B and beyond with success; in order to make the leap, Singapore-headquartered Zilingo has gone about things in a different way from others in its immediate space.

The company started in Thailand in 2015, when it was founded by Ankiti Bose (CEO) and Dhruv Kapoor (CTO). Bose, a former analyst with Sequoia India and McKinsey, had the idea of bringing traditional sellers online after visiting Bangkok and marveling at the rich variety of fashion items being sold at street markets.

Now, however, the company has risen above online sales to a position as a platform that caters to merchants, retailers and brands for both B2C and B2B sales. That’s been enabled by an early focus on providing basic services for retailers beyond just an online storefront.

We noted when we first wrote about Zilingo that the company offered a seller management tool which handled processes like inventory management, stock and sales for small retailers who might not already be digital. Aside from boosting touch points with merchants, its key target, these services have evolved over time and become both an additional revenue generator and an important defensive moat for Zilingo’s business, while, not to mention, providing insight and direction for product development.

Zilingo’s e-commerce site sells directly to consumers in Indonesia, Thailand and Singapore, and it ships internationally to four more countries. Its tech team is in India while it has supply bases in Singapore, Thailand, Indonesia, China, Bangladesh, Vietnam and Cambodia, but it has pushed on.

With financial services from third parties, a “style hunter” that aggregates upcoming trends from fashion watchers and icons, product sourcing and content and photography services, the targets have expanded to include professional fashion sellers, SMEs, brands and B2B buyers located outside of Southeast Asia.

The idea is no longer just about bringing the long tail of market sellers online, but instead to enable increased efficiencies for all. That means organization services, financial products and sales for the long-tail merchants, but trend analysis, B2B sales/sourcing and more advanced options to the more sophisticated end of brands and larger retailers. 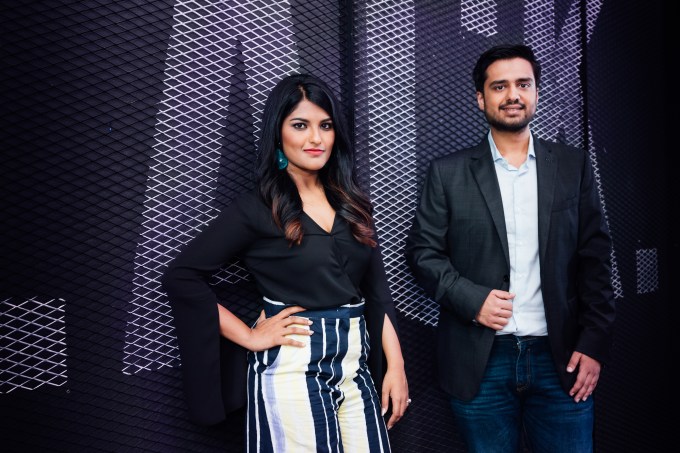 “We realized that the long tail is a good way to start, but if you want to build the biggest player in this space, then you have to have all the supply,” Bose told TechCrunch. “The reason they’d stay with us is because they have a dependence with us.”

Bose said that Zilingo doesn’t pressure its merchants to use Zilingo.com for consumers sales — although it is obviously preferential — which means it has a potential that allows it to start working with those who are on rival services, which chiefly includes Rocket Internet’s well-funded Zalora business.

So a brand using Zalora for sales, for example, might source its products or materials from sellers on Zilingo. Further down the line, Zilingo could use that relationship to persuade it to open a Zilingo.com store.

That has seen revenue skyrocket. While Bose isn’t revealing exact sales figures, she said that revenue has grown “over 10X” in the last 12, months with more than 10,000 sellers and two million products now on the Zilingo.com platform.

That jump is primarily thanks to a move into Indonesia, Southeast Asia’s largest economy, the emergence of B2B sales — i.e. labels or merchants using Zilingo to buy fashion items to then sell to consumers — and some of the optional, paid-for services such as loans or credit. Now, Bose said, the once-core B2C business from Zilingo.com accounts for just 40 percent of the revenue.

That platform strategy goes some way to explaining why investors are doubling down on the business despite a “bloodbath” — as Bose puts it — in the B2C fashion commerce space in Southeast Asia.

Zalora is the big player, while others include JD.com-backed Pomelo and Singapore’s Love Bonito, both of which have raised low double-digit USD rounds to move into brick and mortar retail. Zilingo, meanwhile, has transcended the sales race by building a product that can live without a dependency on its Zilingo.com e-commerce service.

Looking to U.S. and Europe

The company is putting that to the test this week with the launch of a B2B service for U.S. and Europe-based fashion sellers and labels.

ZilingoAsiaMall.com is a destination where smaller retailers and other B2B buyers can source fashion items from Southeast Asia-based resellers for similar prices to that which top global fashion names enjoy, but without the commitment of massive order volumes. 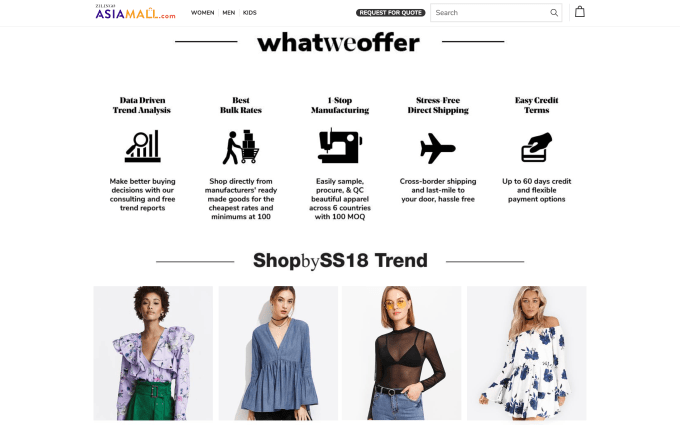 “Major global fashion brands source most apparel from Asia at $1.5/piece for massive quantities of over a million pieces,” a Zilingo representative explained. “We saw how Zilingo could leverage its existing Asian supply chain network built from its consumer business to drive value for the American and European fashion businesses. ZAM has figured out how retailers can source quality, current products at $2/piece for quantities as low as 200 and also make it an easy experience.”

“Some 49 percent of all exports globally in fashion come from ASEAN, China and Bangladesh [so] we are basically sitting at the source,” Bose told TechCrunch.

“Merchants want to buy from our B2B platforms and sell on B2C channels, Zilingo could be one of them,” she added. “It’s a high-margin profitable business and we want to scale that up.”

Zilingo said it still has its Series B round in the bank, so that, combined with this newest funding, gives it quite the war chest for investment.

Aside from pushing its international strategy, the company plans to add more tech services to its merchant ecosystem while also expanding its Zilingo.com e-commerce site deeper into Southeast Asia. The Philippines is top of the list, but opening up in Vietnam and Malaysia is also on the planner.

The company will also continue to build its brand and market share in its existing Southeast Asian markets. There’s a particular focus on Indonesia where it recently signed actress Pevita Pearce to front its first TV ad campaign.

As for raising more money right after the Series B, Bose said that the timing felt right.

“The logic behind raising this round is that Southeast Asia is heating up but fashion doesn’t have a big leader because Zalora is stumbling, but it is also the only high-margin vertical in e-commerce,” she said.

“When things are going well, there’s momentum, and we figured that we might as well use that because this is a fantastic time to be running a startup in Southeast Asia — people are taking the region seriously,” she added, referencing increased investments from Tencent and Alibaba.

Unbelievably, Zilingo closed the Series C round “weeks” after its Series B, according to Sequoia India managing director Shailendra Singh. Bose explained that investors had begun to see the results of the B2B push and were keen to double down right there and then.

Luckily for the rest of the market, there are no imminent Series D plans at this point… apparently.