Zombie-like passive consumption of static video is both unhealthy for viewers and undifferentiated for the tech giants that power it. That’s set Facebook on a mission to make video interactive, full of conversation with broadcasters and fellow viewers. It’s racing against Twitch, YouTube, Twitter and Snapchat to become where people watch together and don’t feel like asocial slugs afterward.

That’s why Facebook today told TechCrunch that it’s acqui-hired Vidpresso, buying its seven-person team and its technology but not the company itself. The six-year-old Utah startup works with TV broadcasters and content publishers to make their online videos more interactive with on-screen social media polling and comments, graphics and live broadcasting integrated with Facebook, YouTube, Periscope and more. The goal appears to be to equip independent social media creators with the same tools these traditional outlets use so they can make authentic but polished video for the Facebook platform. 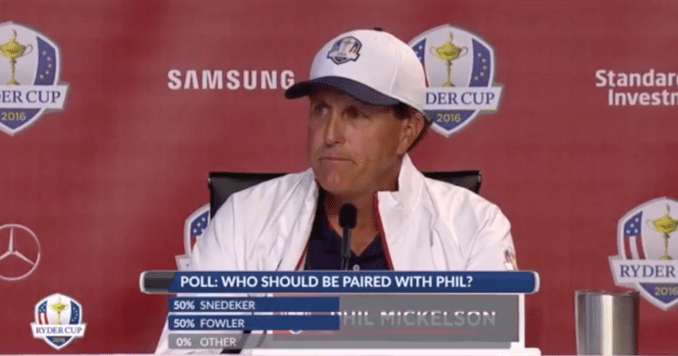 Financial terms of the deal weren’t disclosed, but it wouldn’t have taken a huge price for the deal to be a success for the startup. Vidpresso had only raised a $120,00 in seed capital from Y Combinator in 2014, plus some angel funding. By 2016, it was telling hiring prospects that it was profitable, but also that, “We will not be selling the company unless some insane whatsapp like thing happened. We’re building a forever biz, not a flip.” So either Vidpresso lowered its bar for an exit or Facebook made coming aboard worth its while.

For now, Vidpresso clients and partners like KTXL, Univision, BuzzFeed, Turner Sports, Nasdaq, TED, NBC and others will continue to be able to use its services. A Facebook spokesperson confirmed that customers will work with the Vidpresso team at Facebook, who are joining its offices in Menlo Park, London and LA. That means Facebook is at least temporarily becoming a provider of enterprise video services. But Facebook confirms it won’t charge Vidpresso clients, so they’ll be getting its services for free from now on. Whether Facebook eventually turns away old clients or stops integrating with competing video platforms like Twitch and YouTube remains to be seen. For now, it’s giving Vidpresso a much more dignified end than the sudden shutdowns some tech giants impose on their acquisitions.

“We’ve had a lot of false starts along the way . . . We finally landed on helping create high quality broadcasts back on social media, but we still haven’t realized the full vision yet. That’s why we’re joining Facebook,” the Vidpresso team writes. “This gives us the best opportunity to accelerate our vision and offer a simple way for creators, publishers, and broadcasters to use social media in live video at a high quality level . . . By joining Facebook, we’ll be able to offer our tools to a much broader audience than just our A-list publishing partners. Eventually, it’ll allow us to put these tools in the hands of creators, so they can focus on their content, and have it look great, without spending lots of time or money to do so.”

Facebook Live has seen 3.5 billion broadcasts to date, and they get six times as many interactions as traditional videos. But beyond public figures, game streamers, and the odd moment of citizen journalism, it’s become clear that most users don’t have compelling enough content to stream. Interactivity could take some pressure off the broadcaster by letting the audience chip in.

Facebook already has some interactive video experiments out in the wild. For users, it recently rolled out its Watch Party tool for letting Groups view and chat about videos together. It’s also trying new games like Lip Sync Live and a Talent Show feature where users submit videos of them singing. For creators, Facebook now let streamers earn tips with its new Stars virtual currency, and lets fans subscribe to donating money to their favorite video makers like on Patreon. And on the publisher side, Facebook Live has also built tools to help publishers pull in social media content. It’s even got an interactive video API that it’s developing to allow developers to launch their own HQ Trivia-game shows.

But the last line of Vidpresso’s announcement above explains Facebook’s intentions here, and also why it didn’t just try to build the tools itself. It doesn’t just want established news publishers and TV studios making video for its platform. It wants semi-pro creators to be able to broadcast snazzy videos with graphics, comments and polls that can aesthetically compete with “big video” but that feel more natural. This focus on creators over news outlets aligns with reports of Facebooks head of journalist relations Campbell Brown allegedly saying that Mark Zuckerberg doesn’t care about publishers and that “We are not interested in talking to you about your traffic and referrals any more. That is the old world and there is no going back.” Facebook has contested these reports.

Every internet platform is wising up to the fact that web-native creators who grew up on their sites often create the most compelling content and the most fervent fan bases. Whichever video hub offers the best audience growth, creative expression tools and monetization options will become the preferred destination for creators’ work, and their audiences will follow. Vidpresso could help these creators look more like TV anchors than selfie monologuers, but also help them earn money by integrating brand graphics and tie-ins. Facebook couldn’t risk another tech giant buying up Vidpresso and gaining an edge, or wasting time trying to build interactive video technology and expertise from scratch.