Didi Chuxing is going pedal to the metal for its automobile services business after it announced it will invest $1 billion into the division, which is also getting a rebrand.

The Chinese ride-hailing firm had been tipped to spin out the business and raise $1.5 billion from investors ahead of an IPO, according to a recent Reuters report. The business itself hasn’t spun out, however, but it has been renamed to Xiaoju Automobile Solutions and given more autonomy with the introduction of its own general manager.

The division handles services for registered Didi drivers, such as leasing and purchase financing, insurance, repairs, refueling, car-sharing and more. Essentially, with its huge army of drivers, Didi can get preferential rates from service providers, which means better deals for its drivers. That, in turn, is helpful for recruiting new drivers and growing the business. (Didi claims to support 30 million drivers, but that covers food delivery as well as more basic point-to-point transportation.)

Rather than outsiders — SoftBank had been linked with an investment at a valuation of up to $3 billion — Xiaoju is getting its capital boost direct from Didi. The company said it injected $1 billion to “support its business in providing Didi drivers and the broader car-owner community with convenient, flexible, economical, and reliable one-stop auto services.”

Of course, these factors don’t preclude Didi from spinning the business out in the future and listing it separately to the parent Didi firm. That’s the reasoning Reuters made in its previous story, and it still stands to reason that if Didi is (as widely expected) planning a public listing of its own then it might be keen to break out this asset-heavy part of its business.

Didi didn’t respond to our request for comment on those future plans. 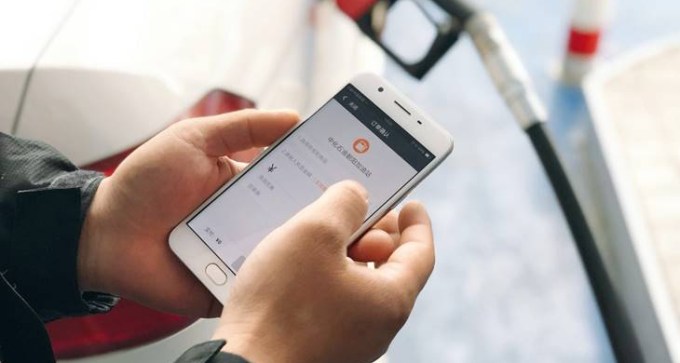 The company is saying more about the Xiaoju business itself. It said the services support drivers in over 257 cities through a network of 7,500 partners and distributors. There are some caveats, though: the auto care service is currently limited to seven cities in China.

Didi also went on the record with some financial data. The company claimed that annualized GMV for Xiaoju has jumped from 37 billion RMB ($5.4 billion) in April 2018 to 60 billion RMB ($8.76 billion) as of today. That’s impressive growth of 62 percent, and the forecast is that it will easily pass its previous goal of 90 billion RMB ($13.15 billion) for 2018 before this year is finished.

GMV, in this case, refers to the total value of goods and services crossing the Xiaoju platform. That help gives an idea of how active it is, but it doesn’t translate to revenue or profit/loss for Didi. The company didn’t provide information for either revenue or profitability for Xiaoju.

This year has been a notable one as the company has expanded its horizons for the first time by venturing outside of China.

Last year, Didi raised $4 billion to double down on technology, AI and move into new markets, and it has come good on that promise by entering Mexico, Australia and Taiwan. It also landed Brazil through the acquisition of local player and Uber rival 99 and it is preparing to go live in Japan, where it will operate a taxi-booking service through a joint venture with SoftBank.

Beyond that massive $4 billion raise, Didi recently landed a $500 million investment from Booking Holdings that’s aimed at providing strategic alliances between the Didi and the travel giant’s range of services. The company has raised over $17 billion from investors to date and it was last valued at $56 billion.