China’s ride-sharing leader Didi Chuxing has continued its global march after it officially launched in Mexico, expanding its battle with Uber to a new front.

The company raised $4 billion in December to expand overseas and it hasn’t held back on doing so this year.

Hot on the heels of moves into Brazil, Taiwan and Japan, Didi has confirmed its entry into Mexico with the launch of its UberX-style Express service in the city of Toluca. The company said it plans to expand its services into “other major cities” in Mexico later this year. Uber entered the country in 2013, and it currently operates in more than 40 cities there.

Didi initially began hiring drivers in Mexico back in April, as was widely reported by media at the time. It said its teams in Beijing and California — where it opened an AI office last year — were involved in developing its service for the Mexican market, which looks like a litmus test for future expansions.

Didi said it is targeting Latin America because it is the world’s third-largest ride-hailing market, behind the U.S. and China, with Mexico itself a target market thanks to a large base of 70 million internet users.

“The market is way from saturated, and we are glad to see the local market is not only very welcome to more services but they also understand how beneficial competition in the region is for the final user,” a Didi spokesperson told TechCrunch. 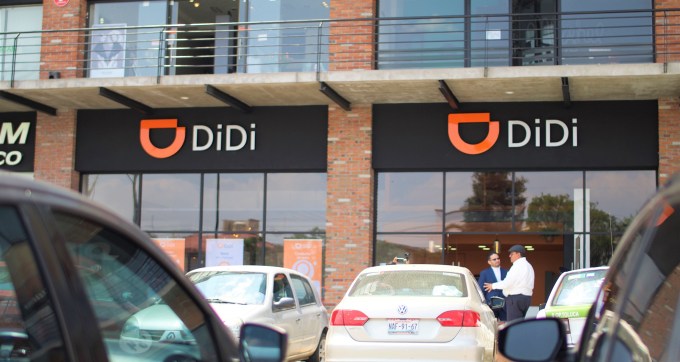 The interesting part of the news that goes beyond Toluca is that this is Didi’s first organic expansion, although it isn’t its first step outside of Greater China.

Didi took an acquisition route into Brazil — where it bought local operator 99 for around $1 billion — it used a franchise-based model to move into Taiwan in January, and it is still weighing up options in Japan having teamed up with SoftBank to commit to launching local services before the end of this year.

“We’re exploring every possibility of expanding our business in the international market,” the company said. “When doing so, we will work with leading local partners in some markets, and look for opportunities in others to build a robust local team with strong commitment to the region.”

Those international moves reignite Didi’s direct rivalry with Uber, which ended in 2016 when the Chinese firm acquired Uber’s China-based business.

While the main fight may be over, these new markets are shaping up to become key battlegrounds.

Brazil is a market where Uber has pledged to double down following its exit from the costly Southeast Asia market while the U.S. firm is also placing emphasis on Japan, which is one of the planet’s most lucrative taxi markets but dominated by traditional taxi operators. Uber CEO Dara Khosrowshahi visited Japan for the first time in February, holding what he described as promising talks with taxi operators who Uber is seeking to work with directly — although taxi companies themselves run a successful rival to Uber.

Didi also rivals Uber indirectly through the network of companies it has invested in, which includes Careem in the Middle East, Taxify in Europe, Lyft in North America and Ola in India. Its business in China claims 30 million daily rides and 21 million driver partners.