Early this year the Sustainable Oceans Alliance announced it would be starting its own accelerator with a focus on conservation. The nonprofit has just announced the Ocean Solutions Accelerator’s first wave of startups: a particularly varied and international lineup that’s easy to root for.

You may also remember that the SOA was one of the beneficiaries of the mysterious Pineapple Fund, administered by a mysterious cryptocurrency multimillionaire. No doubt that has helped get the accelerator on its feet in good time.

The startups — which I’m getting to, be patient — will receive an initial investment to cover the cost of relocating to the Bay Area for eight weeks this summer. There they will receive the loving care of the collection of academics, founders, officials and others in or around the Alliance, plus some important “personal development and executive training” intended to keep your company alive long enough to ship a product.

Interestingly, applications were only open to founders 35 years and under, presumably to get that young blood into the conservation game. Here are the five companies selected to take part:

SafetyNet, from London, makes light-emitting devices that attach to fishing nets and can be programmed to attract or discourage certain kinds of fish. This prevents a boat from catching — and subsequently throwing away — thousands of the wrong fish, a huge waste.

CalWave came out of Berkeley a couple of years ago and has been testing and refining its wave-harvesting renewable energy system, and in fact won a big Department of Energy grant just last year. Now presumably the team is looking to go from prototype to product and do some big installs. 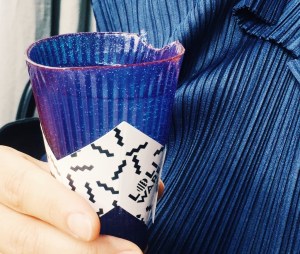 Loliware has created seaweed-based straws and cups that are so compostable you can do it yourself — like, in your mouth. The items last for a day in a drink (or with a drink in them) but when you throw it away it’ll totally dissolve in about two months — or you could literally eat it. The New Yorkers were on Shark Tank and I’m guessing they ate one on camera. You can already order them on Amazon and people say they’re actually pretty tasty.

Etac, a Mexican company from Culiacan, has few details on its site, but SOA’s press release says the company “designs and produces functional nanomaterials for energy and environmental applications, such as oil spill and wastewater cleanup.” I believe them.

And because there can’t be an accelerator without a blockchain startup in it, there’s Blockcycle, based in Sydney, which aims to create a marketplace around waste materials that would normally go to the landfill but could also be valuable to recyclers, reusers and so on. (Turns out there was an uptick in blockchain applications after the Pineapple Fund thing.)

All five companies will present their ideas on September 11 at an event (specifically, a gala) timed to coincide with California Governor Jerry Brown’s Global Climate Action Summit in San Francisco. And then in October they’ll present again in Bali at the Our Ocean Youth Summit.

“These ocean entrepreneurs are a beacon of hope at a time when new, bold approaches are needed to fast-track innovation and sustain the health of our planet,” said SOA founder and CEO Daniela Fernandez. “By supporting these incredible startups, we are encouraging young people to take ownership of the environmental threats facing their communities, bet against consensus and re-invent existing markets to benefit, instead of harm, our climate, and ocean.”