Lyft has revamped its rider app in an attempt to help people get where they’re going faster. Instead of first asking for pickup information, the app will now ask where you’re going, which Uber first started asking in 2016. The app is also designed to encourage more shared rides. Oh, and Lyft is now no longer calling its carpool feature Line. Instead, they’re simply shared rides.

“We’re updating [Line] to shared and you’re going to see a suite of options for shared as we evolve over time,” Lyft VP of Design Katie Dill told TechCrunch. “There are multiple different ways of sharing a ride. By calling it shared, we’re a lot more clear with our passengers.”

This new app will roll out to everyone over the next month. 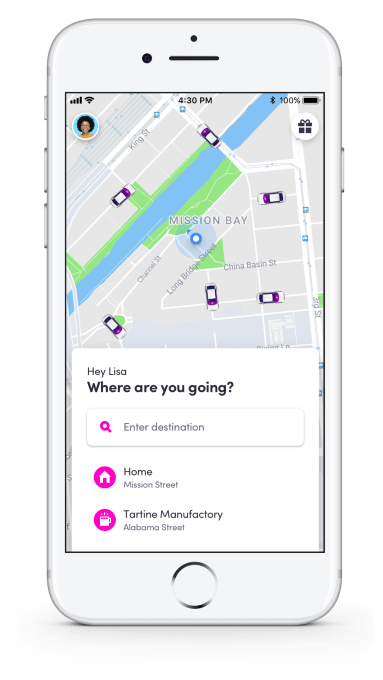 Currently, 35 percent of Lyft rides are shared, but the goal is to reach 50 percent shared rides by 2020, Lyft VP of Government Relations Joseph Okpaku told TechCrunch. Through some early testing of the new design, Lyft says it has already seen a 5 percent increase in shared rides. This is not a direct apples to apples comparison, but in San Francisco, people share rides up to 50 percent of the time with Uber Pool.

“One of our focuses has been the idea of shared rides,” Okpaku said. “Getting people to share a ride with a stranger.” 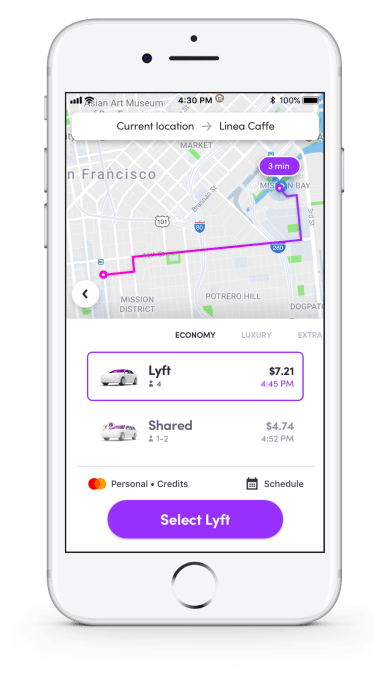 Lyft has also made it easier to compare prices of its solo versus shared rides. The screen above, Dill said, is where Lyft has seen the five percent increase in choosing a shared ride.

To further promote shared rides, Lyft will notify those who opt to ride solo if there’s an available shared ride heading their way that doesn’t include any detours. The ultimate goal, Okpaku said, is to get more people in a smaller number of cars.

In the near-term, Lyft is launching transit integration with the Transportation Authority of Marin in Marin County, Calif. and the Big Blue Bus in Santa Monica, Calif. In total, Lyft has more than 25 transit partners throughout the country.

“We’ve been really bullish on the fact that transit and ride-sharing are inherently compatible,” Okpaku said.

Lyft isn’t sharing mockups of its transit integration, but the idea is that people will be able to get public transit trip details from within the Lyft app. For now, it doesn’t seem like payments will be part of the experience. Uber, on the other hand, recently announced a partnership with Masabi a mobile ticketing platform for public transit. Masabi handles ticketing for 30 transportation agencies worldwide, including Los Angeles’ Metrolink, New York’s MTA, London’s Thames Clippers and Boston’s MBTA. The idea is that as people will be able to book and use transit tickets from within the Uber app. 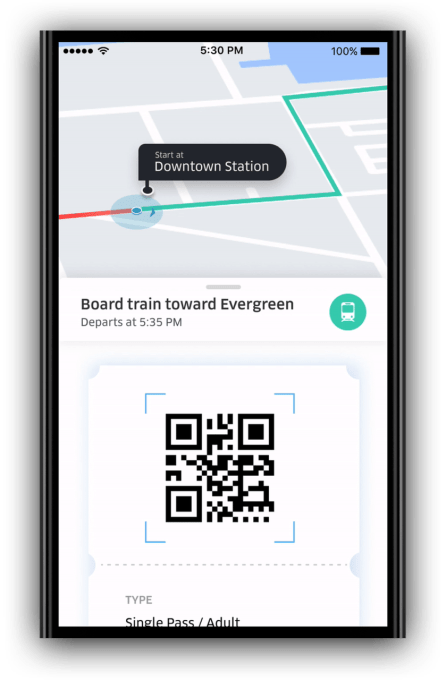 Lyft has also done some work with the city of San Francisco to reduce congestion on some of the city’s highly trafficked streets. Near Valencia Street, for example, Lyft has created a couple of pickup and dropoff spots for passengers off to some side streets. Over the last couple of months, Lyft says it has directed over 20,000 pickups to those side streets.

“This is something we’ve done here and there, but is now something we’ll systemize,” Okpaku said. “We will do this permanently on Valencia and will expand across San Francisco and other parts of the country.”

This redesign comes at a time when Lyft is looking into both bike-share and electric scooters. With the design, it’s clear to see how Lyft could easily add new modes of mobility.