The Oculus Connect developer conference is back for its fifth year of chasing the VR dream.

Facebook VP or VR Hugo Barra announced that the company’s virtual reality-centric conference would be returning to San Jose on September 26 and 27. In past years, Oculus has used the conference to reveal its latest prototype hardware and to announce new software upgrades. This year, VR took center stage at Facebook’s F8 developer conference with the company using the event to launch the $199 Oculus Go standalone headset while also showcasing its latest prototype “Half Dome.” 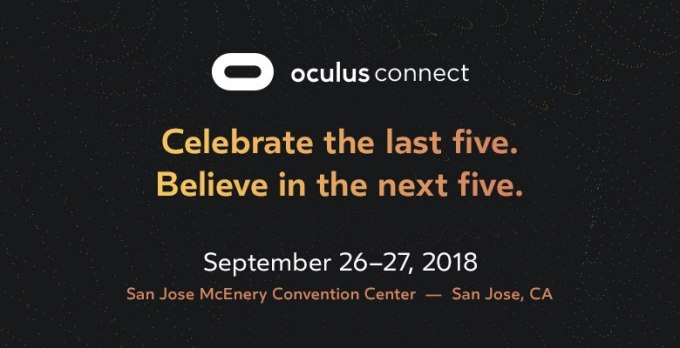 It will be interesting to see what VR announcements are saved for Oculus at its own developer-centric event and whether they use the opportunity to talk more about prototypes like its positionally tracked “Santa Cruz” standalone, which they have discussed the development of for the past two years.

Registration details for OC5 aren’t available yet but the application has typically gone live in mid-summer.